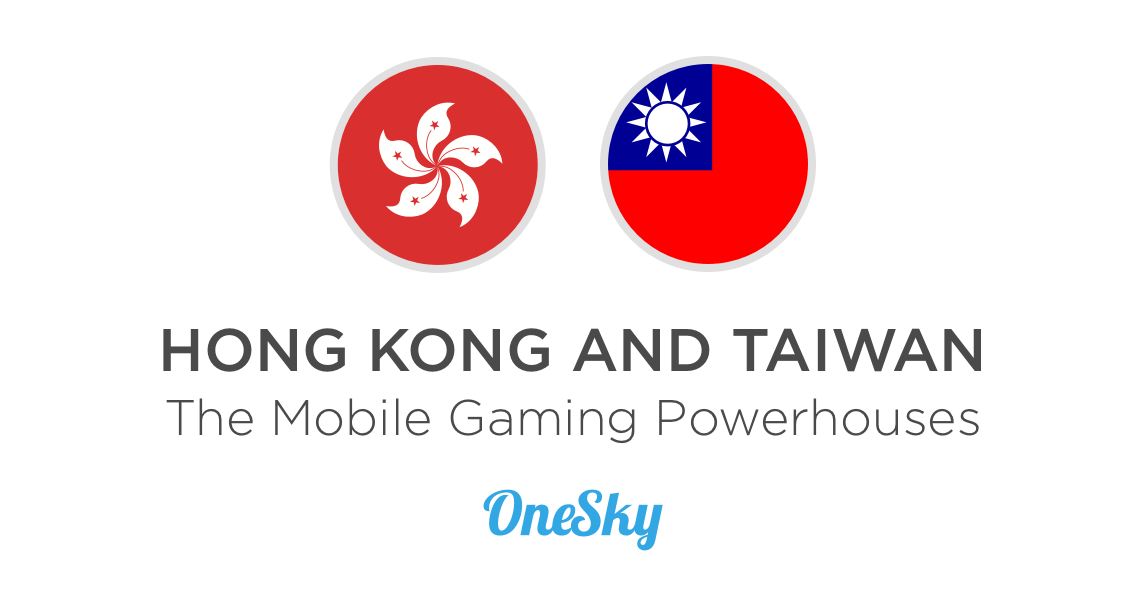 When we say, “best tech markets in East Asia” what do you think?

The answer seem obvious, at least if you look at the numbers. China. Japan. Korea.

And it’s true: these definitely are the biggest tech markets in the region. But bigger doesn’t necessarily mean better. These markets are huge, but they also come with huge market barriers.

So, we have two other answers to throw in: Hong Kong and Taiwan. Although they’re smaller markets, they still offer sizeable opportunities–with a lot less barriers. In this blog, we’ll explain why Taiwan and Hong Kong should be on your short list when you’re deciding where to localize your mobile game. And we’ll give you a quick rundown on what makes localizing for these regions a little different than you might expect.

It might be hard to spot either of these places on a world map. But they’re a lot easier to notice when you’re looking at gaming market statistics. Check out Newzoo’s Top 100 Countries by Game Revenues 2015, and, yup, there’s Taiwan at #15, and Hong Kong at #38. In fact, Chris Yerga, Head of Google Play for Asia-Pacific, ranks Taiwan as one of the top five markets worldwide for Google Play, in terms of revenue. And Hong Kong isn’t too far behind; it comes in as the Google Play market with the eighth highest revenue, according to App Annie’s 2014 Retrospective.

Want the numbers? In the last year, Taiwan generated US$7.6 million in revenues from gaming, with 59% of it coming from mobile purchases. And Hong Kong generated US$1.7 million. Not bad for a couple of tiny places! 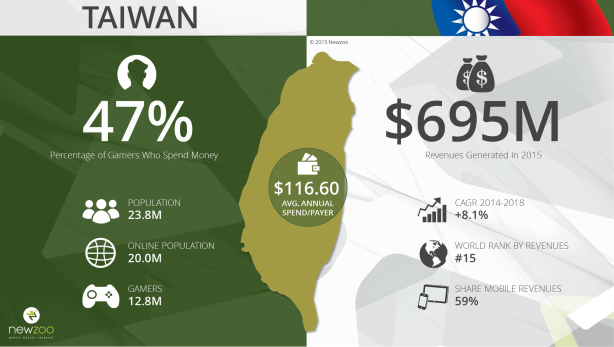 Embracing both the East and the West

Both Taiwan and Hong Kong are more internationally-inclined than their Asian counterparts. Gamers from these places are, therefore, more comfortable with the whole spectrum of games, from global hits to Japanese niche games to locally-produced options.

Just take a look at App Annie’s chart of top iOS and Android apps for these countries. You’ll notice popular western games, such as NBA 2K16, Clash Kings, and Minecraft. But you’ll also find Asian-made games, including Line Rangers from Japan. And there’ll be a few locally-produced games scattered throughout, like King of Fighters 98 and League of Stickman.

In Hong Kong and Taiwan, you have markets made up of gamers who might be both diehard Marvel fans and dedicated Nintendo players–and they’re most likely going to be a lot more receptive to your app as well.

This unique, internationally-minded environment opens up some huge opportunities for game studios. Take the example of Mad Head Limited, a Hong Kong-based game studio, which spun a Japanese game into a multimillion dollar success.

Hong Kong and Taiwanese gamers have a strong affinity for Japanese-style games. But Japanese game studios are often reluctant to bring their products to international markets. So, when Japanese game studio GungHo released Puzzle & Dragons (PAD), a puzzle-based RPG and strategy game, they made it only available in Japan. Despite this, gamers in Hong Kong and Taiwan sneaked into Japan’s app store, downloaded the unlocalized PAD, and still loved it. 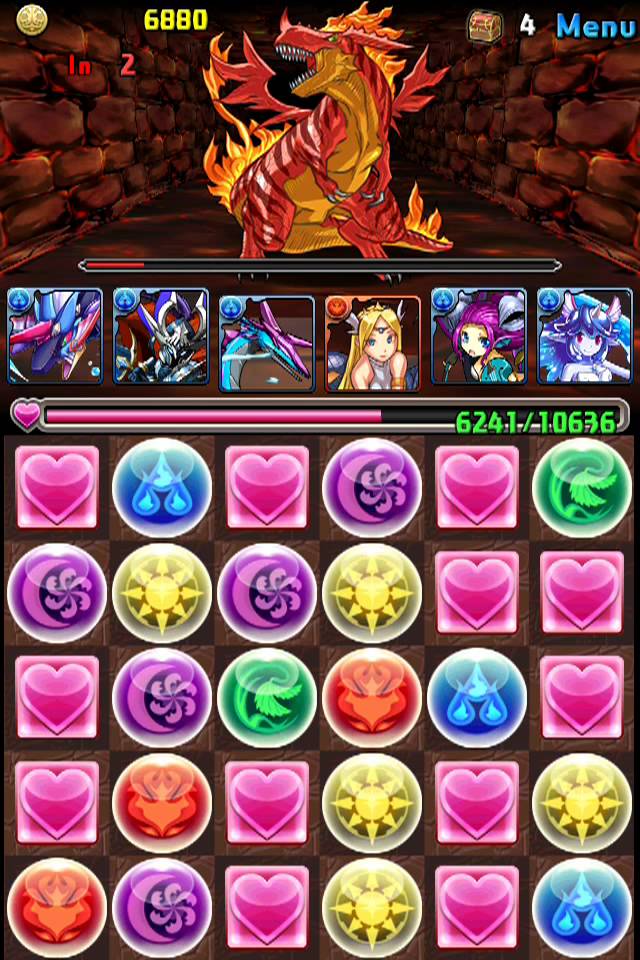 A screenshot of Puzzles and Dragons

When gamers in a certain region are fascinated with a specific genre of gaming, there’s a great market opportunity. And Mad Head Limited seized that opportunity.  In 2013, the studio launched Tower of Saviors, which was clearly influenced by PAD–but was well-localized for the region. The game quickly gained traction in Hong Kong and Taiwan. And so did the game studio, which is now valued at US$335 million. That’s largely thanks to Tower of Saviors, which brought in US$310 million in 2014.

Seventy percent of the 2014 revenue for Tower of Saviors was from the Taiwanese market. If that doesn’t show the huge opportunity in these unique gamer cultures, we don’t know what will.

Localization can be tricky

Although Taiwan and Hong Kong are ripe markets, they often fall through the cracks when Western game devs localize. When planning their localization strategies, these companies group Hong Kong and Taiwan with mainland China, and assume that the same localized version will work for this whole “Greater China” region.

But, as you probably know, sociopolitical relationships among these three regions are controversial at best. While these localization plans may seem more expedient, they’re really just more likely to backfire.

Instead, you need to shape a strategy specifically for Hong Kong and Taiwan. Here are some key distinctions to be aware of:

Chinese is a complicated language, with two writing systems (Traditional and Simplified) and numerous spoken dialects. Although people write and read in Simplified Chinese in China, both Hong Kong and Taiwan use Traditional Chinese.

Gamers in Hong Kong and Taiwan can usually read Simplified Chinese as well. But, that doesn’t mean they want to. In fact, in Hong Kong, localization that uses Simplified Chinese might even have an actively unfavorable impact. The best way to get gamers’ attention–and their loyalty–is to use Traditional Chinese.

WeChat may be almost a daily necessity in mainland China, but that isn’t true for the rest of the region. When it comes to messaging apps, WhatsApp dominates the Hong Kong market, while Line has taken over Taiwan. Integrating with WeChat is a great idea in China, but it won’t get you very far in Hong Kong or Taiwan.

Social apps, including Facebook and Twitter, are not blocked in Hong Kong or Taiwan. But that doesn’t mean these apps have the same popularity that they do elsewhere.

Blizzard learned that the hard way, when they were promoting the latest update for Hearthstone, The Grand Tournament. They had created a great promotional page on Twitter for fan tweets, but it had almost nothing on it–just tweets from the official account.

As you’ve probably realized by now, Hong Kong and Taiwan are going to be different from anywhere else you’ve localized. That’s why, as with many localization projects, we’d recommend finding a localizer native to the region. It’s the easiest way to ensure that you have access to the most complete cultural knowledge–and can therefore do the best possible localization.

Have you had any experience (or mishaps!) with localizing in Taiwan and Hong Kong? Any tips you think we skipped? Scroll down to the comments section, and let us know what you think!

And, if you want to know more about mobile game localization in general, check out our FREE and easy-to-use eBook.