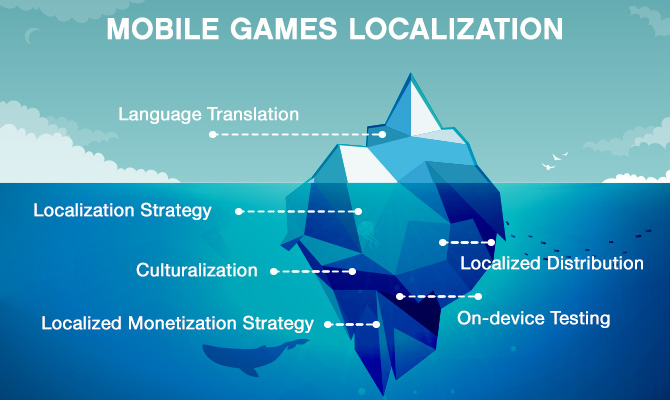 According to WSJ, the global mobile game market is expected to increase eightfold from $3.77 billion in 2010 to $29.6 billion in 2017. And among all the countries, the Asia Pacific region, with China and Japan as leaders, is the biggest market for mobile game developers with 48% of the global revenue and three times more paying gamers than the second biggest region, North America.

Considering these statistics, it’s no surprise that there are countless mobile games tried to expand abroad each year; however, very few can claim success.

Part of the problem is that mobile gaming has become a modern-day gold rush. Worldwide developers flooded the market hoping to strike it rich, making today’s mobile game market extremely competitive, no matter in domestic or oversea markets.

But the biggest factor is that developers often underestimate the challenges and importance of mobile game localization.

In our experience of helping mobile games go global, here are six common mistakes they make when jumping into the international market. Avoid these, and you will greatly increase your chances of success.

1. No explicit international strategy and plan

The most basic and early stage mistake a game developer can make is failing to understand that localization is more than word-for-word language translation.

Whenever you plan to take your game global, first establish a localization strategy that answers questions like:

Lack of commitment and understanding in localization often kills an international initiative.

Therefore, make sure your company has a strong corporate champion to drive the in-depth research, explore the markets and own the execution once the strategy is done.

Without formulating the right strategy and translating it into actions, your game will fail, no matter how many languages it supports.

2. Ignoring localization in the early phase of game development

Many game developers try to postpone localization related discussion until the end of the development cycle, but they don’t realize that they have made a huge mistake from the moment they write their first line of code.

What this typically equates to is a lot of rework and additional costs to go back and modify your code to work when you add new language and localization requirements, costing your company thousands (or millions) of dollars and months of delay in getting into overseas markets.

Instead of doing costly rework down the road, your team should make an explicit decision on internationalization upfront.

Is your code well prepared for the pre-translation phase? Are your UI strings all externalized? Have you given careful consideration in international non-text elements such as symbols, colours, time and date formats, currency symbols?

If your code isn’t localized in the beginning, the problem is getting worse with every line you add.

To increase the odds of a title’s success in international markets, great attention must be paid to the cultural aspects.

Basic language translation is the bare minimum that any game developers should be doing. Ideally, your translators should be able to adapt your game content to the local culture because culturalization is a necessity.

“What we learned about international markets is that it’s not enough to localize the content by just translating it. Instead, we have to culturalize it,” Craig Alexander, VP of Product Development for game studio Turbine, said.

In order to create the best gaming experience, your translators have to understand foreign cultural traditions, the latest pop culture in the targeted country, local points of reference, etc.

The same apply to non-text assets. For example, while showing a peace sign is normal in the USA, a reverse peace sign suddenly becomes an insult in places like the UK.

Why did EA’s Plants vs. Zombies become one of the biggest mobile hits in China? Just look at the localised design of the zombies and the Great Wall background in the picture below. Keep in mind that you can build gamers loyalty by fully capturing a regionally exclusive experience within the game. 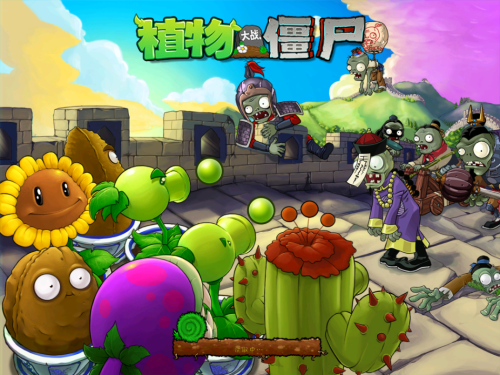 If you think that all the mobile game distribution channels in every country are similar, you are making a big mistake! In the rush to launch overseas, this is often the most overlooked problem by game developers.

Do you know that China doesn’t have Google Play? Instead, it has around 200 Android app stores creating a highly fragmented market. Without a system in place to track the performance of these channels, you basically can’t have accurate strategies for distributing your app in this country.

Due to these complexities, many western game developers work with local publishing and localization partners when they are trying to expand to China now.

When your team comes up with the localization strategy plan, make sure to discuss whether a local partner is needed.

5. Failing to localize the monetization strategy

Although your code and content may be the most obvious localization candidates, your revenue model is equally critical.

In some developing countries, like China, their game players don’t make as much money as the average US gamers. You business model needs to reflect that reality as a result.

When Plants Vs. Zombies 2 launched in China, they initially tried to optimize for the monetization too much making the game way too hard and expensive to play, which backfired on user’s reviews, dropping their rating from five star to two at one point. To overcome this, they learned from the experience and tried to figure out the right balance of difficulty and how to reasonably ask for money by changing the game’s economy. Now they get far fewer negative reviews than before.

When sharing his learnings at the Game Developers Conference, Leo Liu, GM of EA Mobile in China, said, “The Chinese market is so different, you have to be prepared for anything unusual from the Western perspective.”

Make sure you won’t repeat their mistakes.

6. No on-device testing and translation review prior to release

This is an amateur problem that is so easily avoidable and yet we came across it time and time again.

You work so hard on the game, create a great localization plan, translate UI strings, it launches, and suddenly, you realise something is broken. You find out that some extra long German words break some of your game UI! But the worst part of this scenario is when your CEO asks you how this happened, and you say, “I thought the translator was taking care of it…”

Never assume and never leave anything to chance. At the end of the day, if something does go wrong, and you could have easily prevented it, the responsibility is on you.

Professional translators are human and people make mistakes sometimes, especially in a complex, fragmented and rapidly evolving world of mobile.

Make sure your localization partners provide localization testing and review services on a number of mobile devices because you can’t afford to disappoint your users with buggy games. After you’ve received a poor rating, there is no way to hide poor quality in the world of mobile.

It’s true that international expansion is hard to get right. Therefore, clear ownership, good strategy up-front, and great execution are critical. That way your mobile game will be in a great position to take advantage of the huge international opportunity!