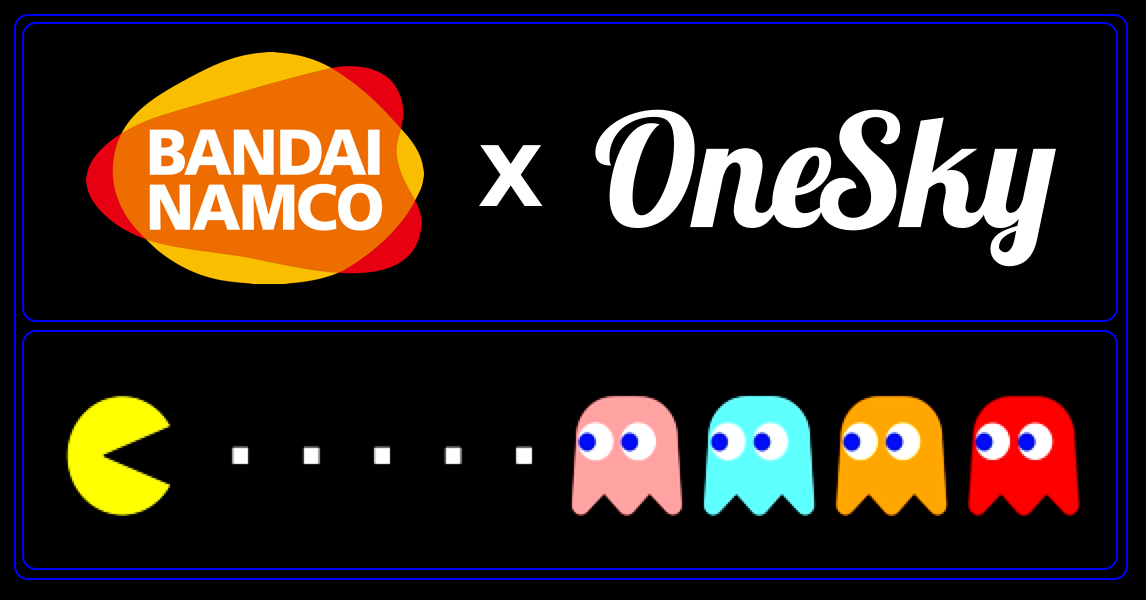 It’s hard to hear that classic “waka waka” soundtrack and not immediately be taken back. PAC-MAN is the classic arcade game of the 1980s, and we’ve all found ourselves at some point running in fear from Blinky, Inky, Pinky, and Clyde.

But PAC-MAN isn’t just famous because it’s great. Its founding company, Namco, used an inventive and highly successful localization strategy during a time when most other companies weren’t even thinking about the possibilities of building a game for the global market.

Namco’s strong global expansion continued to grow when it merged with Bandai in 2005 and moved into modern-day gaming.

Today, BANDAI NAMCO Entertainment is one of the world’s foremost game publishers, specializing in developing and distributing arcade, mobile, and home video games.

BANDAI NAMCO Studios Vancouver (BNSV) opened three years ago, and it specializes in developing and marketing mobile games for markets across North America and Europe.

So it’s no surprise that localization is a priority for them.

Last year, we helped them localize their game, Tap My Katamari (TMK), into 13 languages.

TMK launched in early 2016, for iOS and Android, and the United States is one of its most popular markets. But it’s also doing quite well in Japan and China, meaning it’s managed to pull in both Eastern and Western audiences.

We recently sat down with Jon Chew, a game director for TMK, to talk about his experience localizing the game, as well as how his team handled the project.

Here are some of his tips for successful localization:

1. Build Your Localization Strategy Based on What You Need

It’s going to seem really obvious, but your localization plan should be determined by the reasons you want to localize.

In the case of BNSV, they wanted a global hit, not just to hit a few international markets.

As we mentioned earlier, BNSV is specifically oriented toward reaching an international audience; it’s their job to build games for the whole world, not just Japan. And, since BANDAI NAMCO owns the intellectual property for Katamari Damacy—a video game franchise developed and published by Namco—they were interested in expanding the brand as far as it could go. Add in the fact that this was the first game in the franchise to be adapted for smartphones, and the localization strategy jumps out at you: make it big.

And that’s what BNSV did.

They wanted a globally accessible game, and they got one. Tap My Katamari has now been localized into 13 languages, which together cover the largest territories and markets in Europe, Southeast Asia, the Middle East, and the Americas. 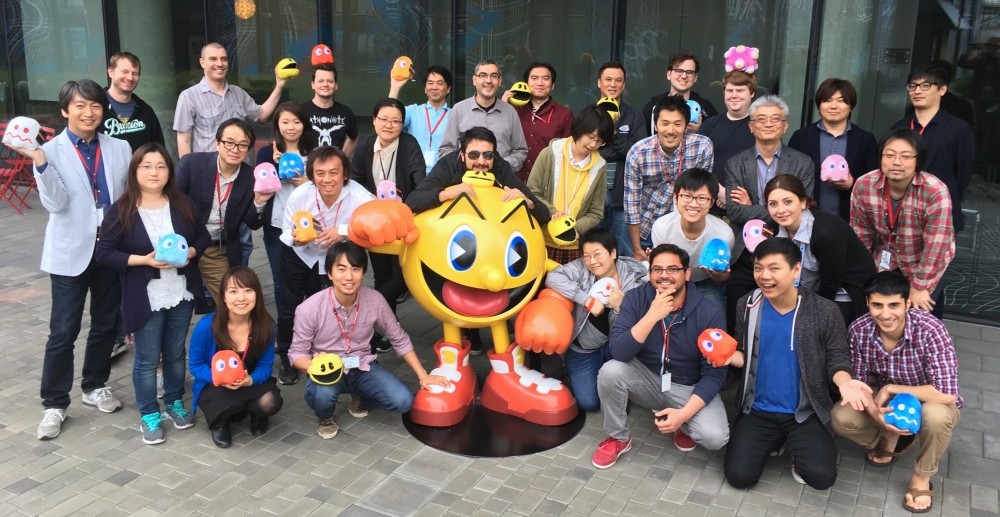 Jon’s team is small, which means that everyone wears many hats—especially him.

At BNSV, each project will only have one game localization manager, unless it’s a particularly large and complex game. Three people rotate through this role, making sure the localization is on track, while together the team works on how the game should look and feel.

Primarily, this work is done with the marketing team, but more often than not the development team is involved as well to ensure the quality is perfect. And while Jon’s work is mostly higher level, he also has a role in some of the day-to-day logistics.

In the end, Jon says, “I work with a team of talented artists and designers, and other stakeholders, to help that [game] vision come to life.”

The system works, because everyone knows his or her role.

[bctt tweet=” Localization is a cross-functional process, so it’s important to have a clear structure. ” username=”OneSkyApp”]

Each team member should know who’s involved, what parts they’re in charge of, and who ensures the final QA for every single step. For Jon’s team, it’s the game director—so, him—or the game localization manager that he’s appointed.

3. Use Tools to Streamline the Workflow

BNSV used OneSky for this project, which fit their game localization needs perfectly.

Previously, the team worked with a managed global language solution for their localization projects. But those often don’t fit very well with the fast pace of mobile business: they’re time-consuming, expensive, and you end up spending a lot of the project going back and forth with a middle man.

BNSV thought that a self-service approach would be easier, faster, and higher quality, so they turned to OneSky’s professional translators and our cloud-based translation management system (TMS). The project quickly became more efficient, as the team capitalized on some of the main features of our platform:

1. One of Jon’s favorite features was the ability to upload and tag screenshots of the game, and then isolate areas to help with translation. “For example,” Jon noted, “[we could] highlight a very specific part of the screen…it helped give context to better translate the words.” 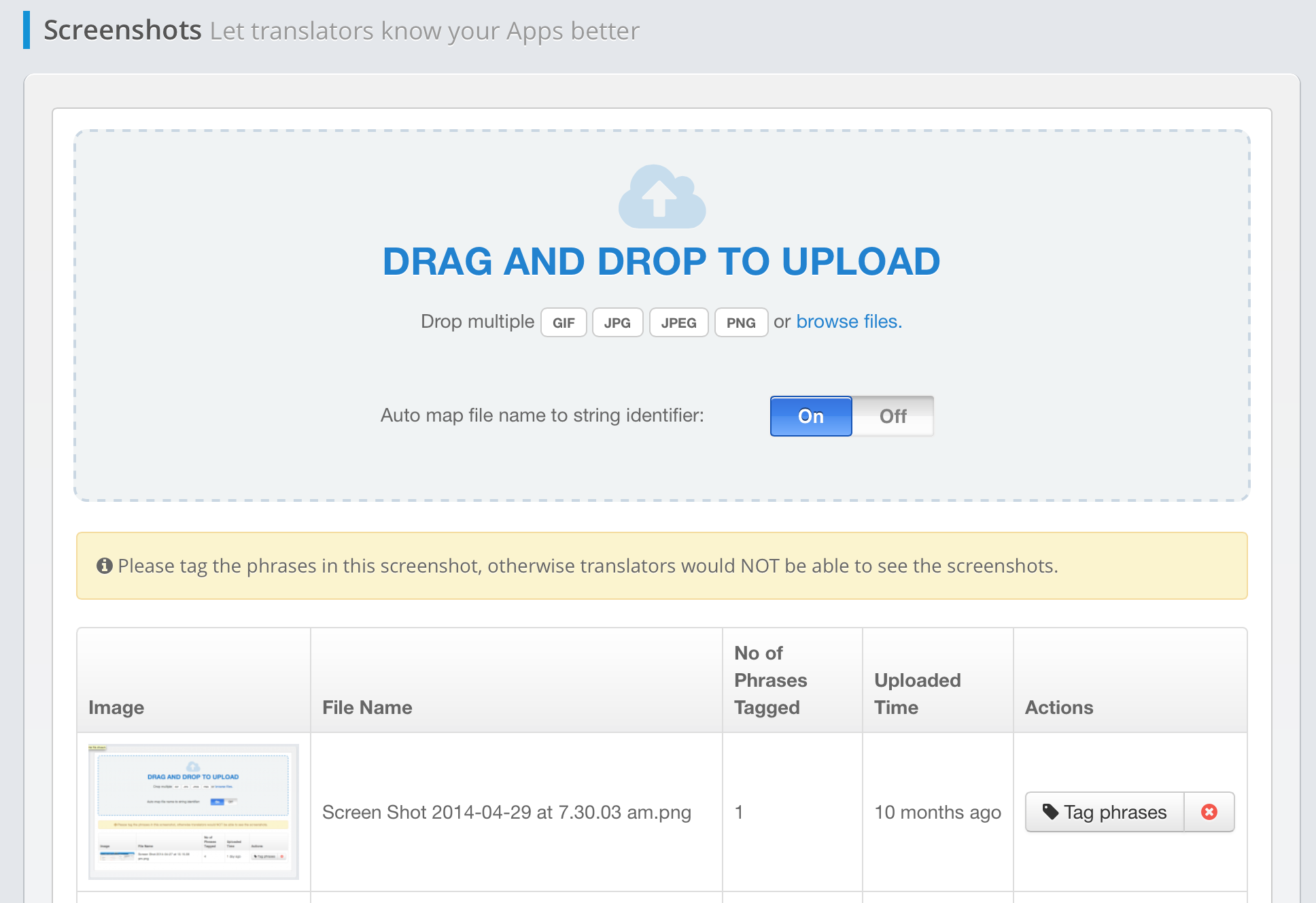 2. Adding notes for translators directly, which added clarity to the process. From broadcasting at the project level to commenting on individual strings, our tools enable teams to communicate effectively.

3. Jon’s team relied on the quick responses of the support team when they were learning the system, and enjoyed the powerful UI of the translation tool.

Translations are great when they work, and embarrassing when they don’t. So, testing is key.

BNSV has an internal testing team, to catch bugs before games go out to the public. The team does handle some localization-related issues; if the testers know other languages, they will check whether the translations are accurate and make sure these don’t break any UI.

But this was a 13-language project. The team didn’t know them all, and they counted on their gaming community—the players of TMK themselves— to help them make the best possible localization project. Jon’s team still ran QA testing for readability, making sure that localization hadn’t led to any unanticipated problems. 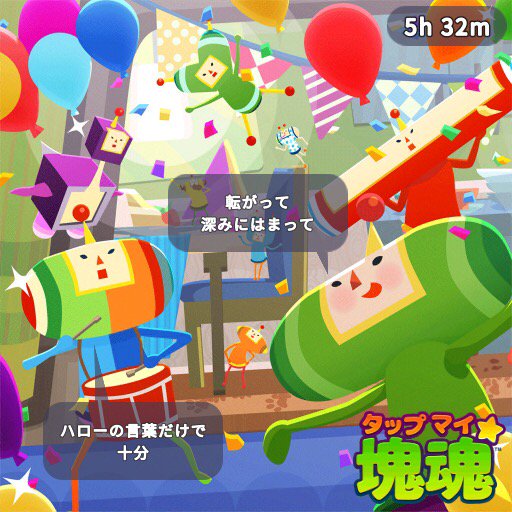 Japanese version of the Tap My Katamari game.

Even at this stage of the process, the team continued to think and rethink how to best design the game for the target demographic and buyer.

Jon says, “I think the biggest thing for us is trying to figure out when it’s necessary to localize something, and when it’s better to use imagery or iconography…If there’s a younger audience, it might make more sense to use icons instead of just straight text. The language level, the grade level of understanding, is definitely a factor [too].”

But the audience consideration doesn’t stop there; brand awareness is another crucial—and sometimes tricky—issue to tackle. Jon thinks that was especially true for TMK, finding that demographics were less important than whether people were already familiar with the genre of the game or not.

“TMK is a clicker-idle game. There’s already lots of jargon built into that kind of game.” He was aware that more casual players—ones who weren’t familiar with certain concepts or words—might struggle if BNSV wasn’t careful.

It’s not enough to just localize and hope—it’s important to validate your efforts by measuring whether the strategy worked.

This was particularly true for BNSV.

Since their mission is to introduce BANDAI NAMCO brands like PAC-MAN and Katamari Damacy to an audience worldwide, they had to know if they had actually done so.

BNSV measures success both quantitatively and qualitatively. When they release games, they track the overseas results both by country and by language. And they also head to social communities and forums on Facebook, Reddit, Twitter, and others, to hear how the game is doing from the players themselves. Jon explains, “We try to get as much feedback as we can from players, to drive the vision of the game, to be more grassroots.”

6. Start Early, and Be Ready for the Unexpected

When we asked Jon if he had any advice for newcomers to the world of game localization, his answer was simple: be flexible.

You have to be as accommodating as possible, because surprises will definitely pop up.

For example, a lot of text that is straightforward in English may not look the same way in other languages. Asian scripts are hard to read when they’re bolded. German words can get long—really long—and might not fit into the existing UI. You really have to consider how to incorporate different languages into the UI/UX flow.

Localization is powerful. Using OneSky, Jon’s team was able to introduce a new game, from a well-loved brand, to mobile players in a whole new target demographic.

Even with the right tools, this was a big project—but without them, it could have been a nightmare as well. There’s no question that good localization tools are a must, especially when it comes to managing collaborators and teams of any size.

Jon credits OneSky with saving his team “weeks of work.”

In addition to the easy-to-use dashboard, the “direct communication with translators, along with the ‘Facebook-style’ tagging system on photos, saved hours of headaches…cutting time and effort by 50%.”

Thanks to using OneSky, Jon estimates that they completed their localization of the game in only 60% of their estimated time of delivery.

More time saved on localization means more time on developing the next big hit. We look forward to seeing what’s next for BANDAI NAMCO in the global market.

Ready to take your game to new markets? Or looking for more tips unique to your game localization? Claim your free OneSky Localization Consultation today and get personalized advice on going global: 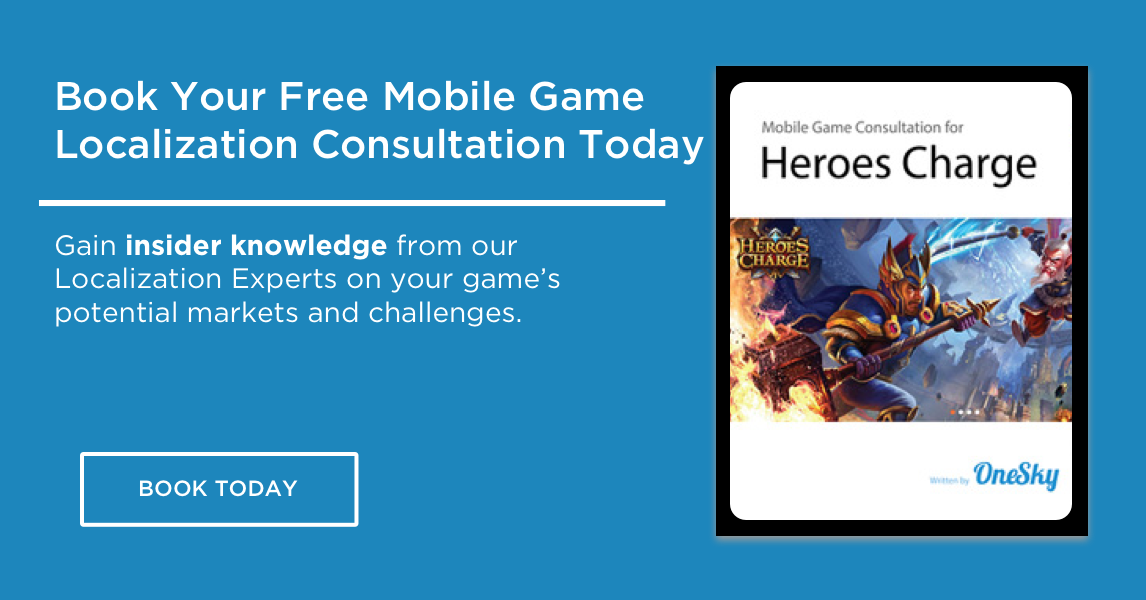