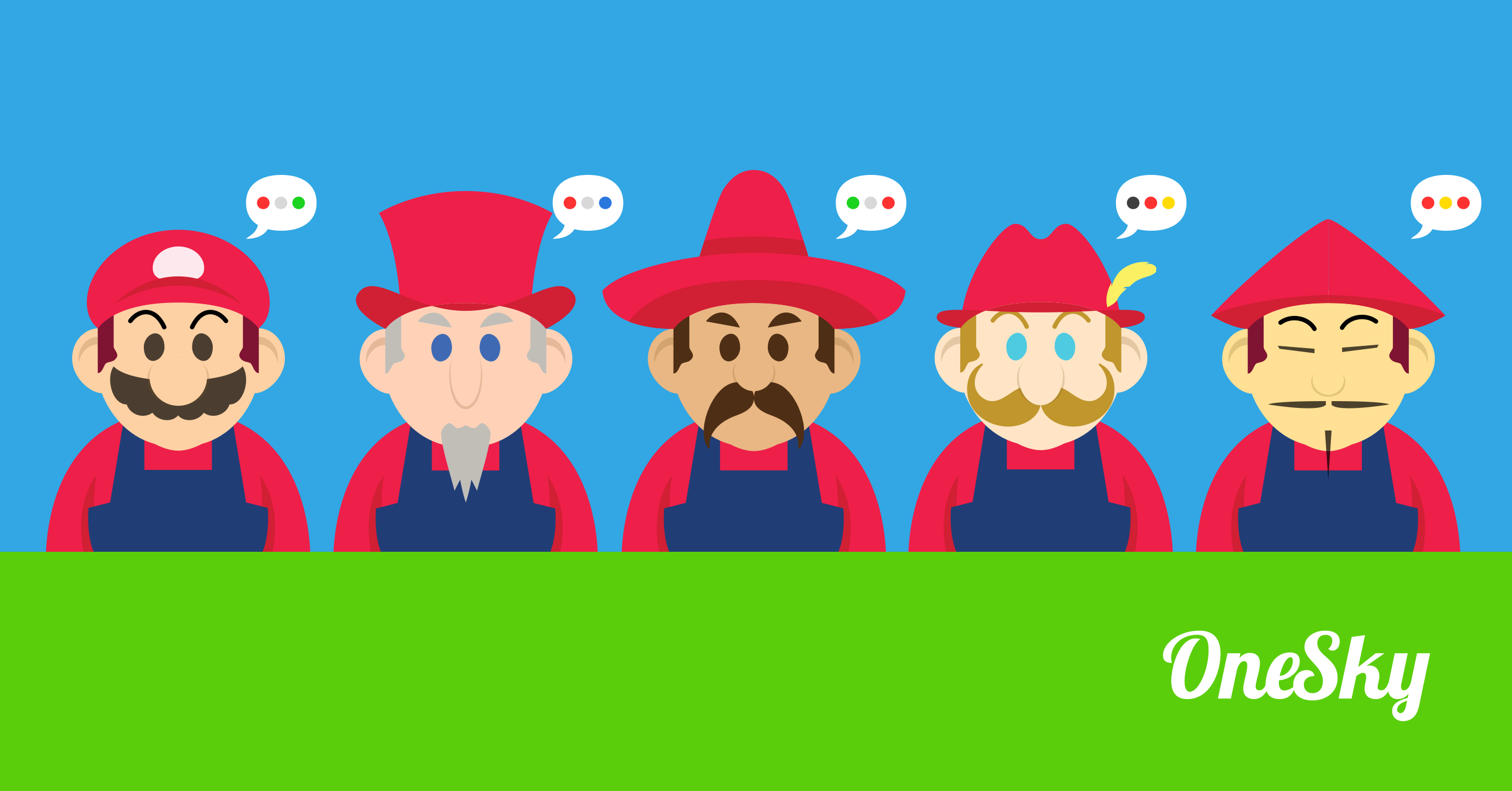 Here’s Why Your Mobile Game Needs a Translation Management System

You battle your way to the final screen of Ghostbusters, only to see: “Conglaturation!! Now go and rest our heroes!” Ah, victory?

True, it’s been a few years since Ghostbusters, but that doesn’t mean translations have gotten that much better. (Although it’s the old generation of errors that has spawned some pretty good listicles.) Game companies still make a lot of mistakes when bringing their work to overseas markets. And that’s not surprising: game localization is hard.

Publisher XSEED shared their experience of localizing the JRPG Rune Factory 4 into English. And in their post, you start to see some of the special challenges of game localization: translators often lack context for the text they’re working on, it the translated text has to fit into the tiny spaces of the game interface, etc. And, of course, sometimes one wrong word can make a big difference.

Still, localization is becoming increasingly important, and luckily, there are now tools to make it easier. In this blog post, we’ll lay out why you need to be prepared to localize quickly, and how you can use a translation management system to make the whole process a breeze.

So, why do you need an advanced solution for game localization now in particular? Because…

Game localization is getting even harder, because now you have to do it so much more often.

In order to keep up with the competition, games need to be updated frequently. App Annie studied both iOS and Android app markets in its 2015 retrospective report, and they found that the lifespan of mobile games is growing increasingly shorter. As games become more sophisticated, players have more and better choices. And newer games are going to lure users away as soon as they start getting bored with the current ones. 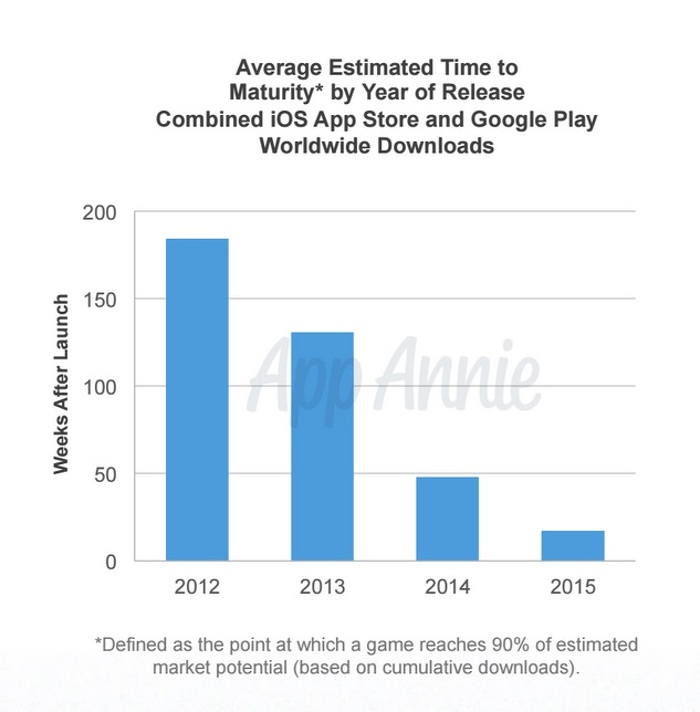 So, the key is to make sure gamers don’t get bored—and, to do that, publishers have to keep their games fresh. Most games only get about four months on the market before they’ve reached their saturation point for downloads. To keep things moving, then, publishers need faster development cycles, high visibility, and immediate engagement upon release. That means localization also has to happen in a much shorter timeframe. And that’s where things get tough.

And if it’s getting tough then, as the old saying goes, you better get going. Because mobile game localization is also becoming even more crucial.

Localization is important because the overseas mobile gaming market is growing (and growing and growing). App Annie’s report attributes the explosion of Google Play downloads largely to emerging markets, such as Brazil, India, and Indonesia. When it comes to revenue from iOS, there’s a lot of growth in the United States—but also in China and Japan.

English and a few other major languages just aren’t going to cut it any more. Scientific Revenue tracked daily traffic and user payment activity on an Android game. They noticed that, even though the game could successfully monetize in the top markets—the UK, western Europe, and South Korea—they couldn’t take full advantage of their large population of gamers, as many of them came from India and southeast Asia. 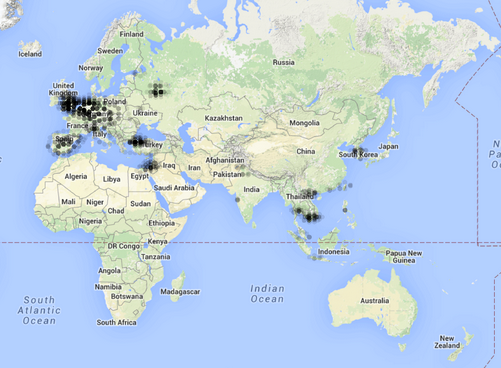 The distribution of payment activities by geographical location 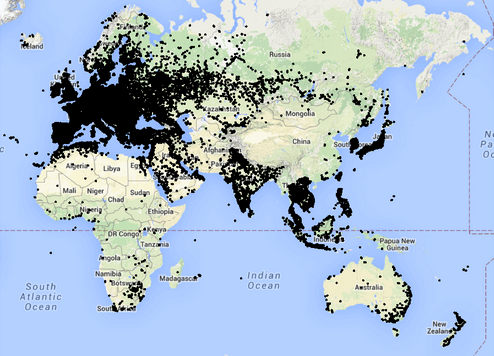 The daily traffic of the game by geographical location

In short, there’s huge potential for monetization, if you can break in overseas. And now, it looks like Google Play may soon enter China too, which could be a significant game changer for western developers. (To stay up-to-date on localization industry news, be sure to sign up for our newsletter.)

TMS is short for “translation management system,” and that’s pretty much what it does. It’s designed to streamline the translation process, foster collaboration, and allow the project manager to keep track of all the moving parts. If you have a good TMS, you’re going to end up with faster localization and higher-quality translations.

How a TMS works

There are a few main ways that a TMS helps ensure the smoothest possible mobile game localization project:

1. Automates key steps to save time

A TMS allows you to automatically import and export resource files, which can save precious man hours. (Trust us.)

You also can set up automatic notifications, which will keep team members on track and flag new tasks as they come up (see #3 for more on this).

With translation, many cooks don’t spoil the broth. It’s common to have a number of translators with different roles (primary translator, copyeditor, proofreader, etc.), and you’re going to want to be sure that they can all work together. A TMS allows everyone to work on the same platform, translate collaboratively, and see each other’s progress.

Tired of sending your translator an email every time you want to change one sentence? A TMS can notify translators of newly available content, or let an engineer know when that same content is ready for implementation. And better communication doesn’t only mean more time for you—it also means quicker, cheaper, and, well, better translations.

A good TMS doesn’t just help you keep your team on the ball. It keeps you on the ball too, with built-in quality assurance features. There’s a spot for a glossary and any other materials you need to provide for your translator. And the TMS will also have placeholder validation and length limits on translated text, so you can be sure that the new content will fit beautifully.

In effect, a TMS is a streamlined project hub, centralizing the entire localization process onto a single platform and allowing you to track every stage of the translation. And that’s a pretty big benefit in itself: instead of overseeing a tangle of spreadsheets and email attachments, you can see and control the entire process, all in one place.

Most importantly, a good TMS is integrated with your content platform, whether iOS or Google Play. So it allows for quick flow of information: when updates come from the development side, a TMS automatically earmarks that new content for translation, and then assigns it to the relevant translator. When the translation is done, the TMS sends it back to the dev side. This agility is invaluable in the localization process.

If you use a TMS for your project, your mobile game can be localized smoothly—and quickly reach millions of gamers around the world. Here’s the story of a company that made this happen. 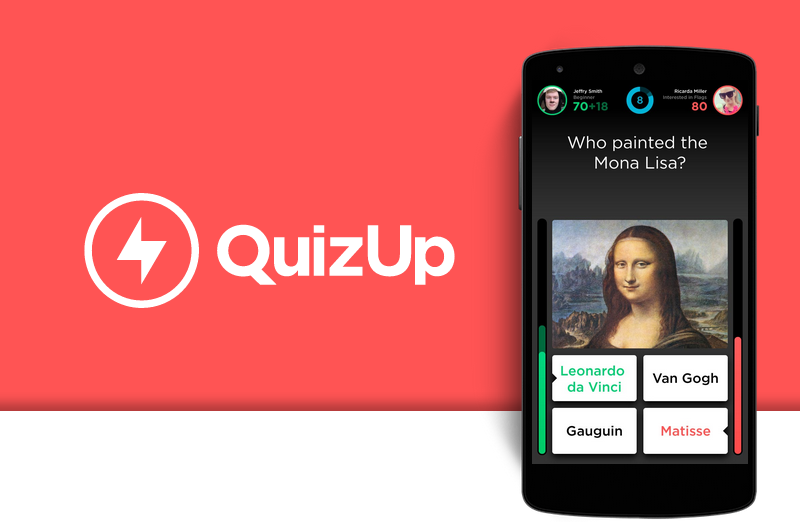 Plain Vanilla Games created QuizUp, a mobile trivia game in which players compete against each other to answer some of the over 300,000 questions (covering 500 topics) available in the game. The Iceland-based development company launched it in November 2013, and quickly realized that they had a hit, with one million downloads in the first week.

But now that they had gained that traction, how could they be sure they’d keep growing? They realized they needed to expand into international markets. And that meant localization would be crucial.

The challenge for QuizUp, though, was that it has many different types of content. There are the usual app description and in-app text. But there’s also a thriving website, and a help desk full of articles that had to be multilingual to ensure the smoothest possible user experience. And these different kinds of content are all written in different file forms and stored on different platforms.

What’s more, QuizUp is a quickly evolving mobile game. To keep growing, they needed a software that could enable them to manage the process efficiently, keep pace with their agile development environment, and allow for frequent, incremental updates.

In the end, Plain Vanilla Games came to us. Here at OneSky, we offer a powerful translation management system. Our TMS allows for an extensive scope of integrations, which supported all the file formats used in QuizUp. And our rich API allowed Plain Vanilla Games to minimize the human effort needed to sync localization with the development cycle. By using the OneSky TMS, the company saved a significant amount of time and effort…and was able to launch five new language versions in less than two months. Unsurprisingly, that’s been a huge success: just seven months after that original launch, QuizUp got its 20 millionth user. And that was largely due to significant international growth.

Want to know more about game localization? (Or, think you know everything, and want to be sure?) Download our free eBook The Beginner’s Guide to Mobile Game Localization to learn the basics, the best workflows, and lots of bonus tips.