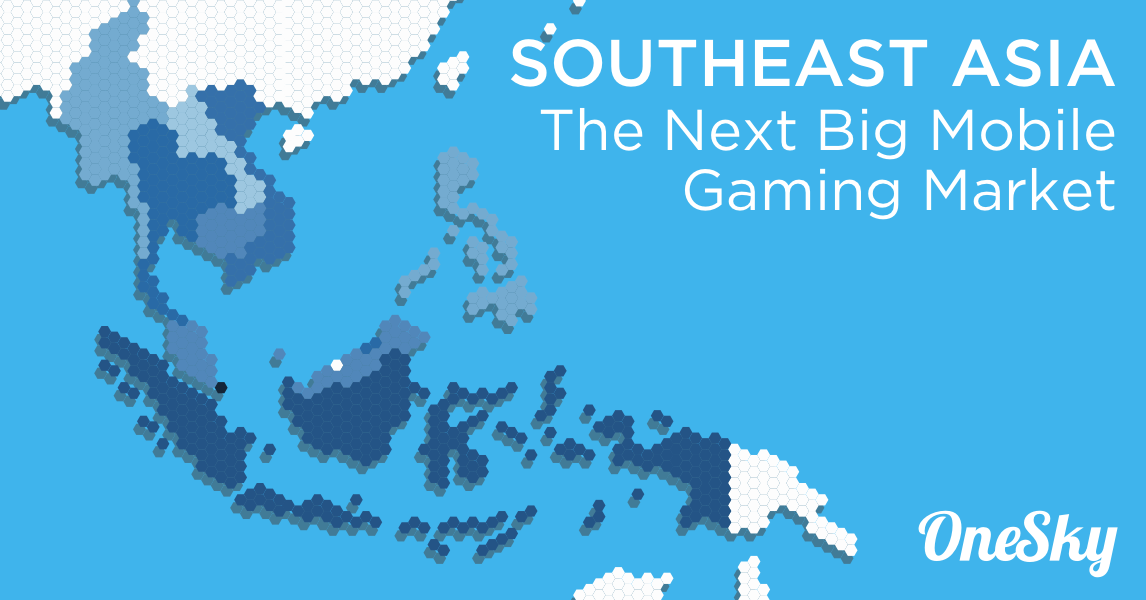 A Five-Minute Guide to Mobile Gaming Markets in Southeast Asia

For our insights on mobile gaming in specific markets, check out our guides to: Thailand, Vietnam, Indonesia, South Korea and launching in East Asia.

Markets change—fast. China and Latin America have both gotten a lot of buzz in the past, but, now, China is showing slowed growth, and there’s a lot of uncertainty around Latin America.

So, where’s the new hot spot? Southeast Asia, or SEA.

When you look at the numbers, it’s easy to see why SEA is catching the eye of the mobile gaming industry. Six hundred million people. Eleven countries. And some truly astonishing growth rates. According to Newzoo, in 2014, SEA had more than 126 million gamers and generated $1.09 billion. But that’s just the beginning: the region saw 60% growth last year, and Newzoo expects that the revenue from SEA mobile gaming markets will continue to grow at least 40% each year, meaning that this could be a $2.25 billion market by 2018.

Growth in this region is easily outpacing the more saturated China, Japan, and South Korea. In this blog post, we’ll give you a crash course on the area, share some data about the SEA mobile gaming market, and let you know how to make sure your game becomes SEA’s next big hit.

Southeast Asia consists of eleven countries: Brunei, Cambodia, East Timor, Indonesia, Laos, Malaysia, Myanmar, the Philippines, Singapore, Thailand, and Vietnam. Other than East Timor, all of the countries are members of the Association of Southeast Asian Nations (ASEAN).

Despite the slowing economy of nearby China, SEA is an emerging market that continues to show signs of growth. Looking at the final quarter of 2015, you can see that the combined GDP of the five largest economies in the region grew by 4.4% compared to the previous quarter, according to the Asian Development Bank. And that success definitely extends to the mobile gaming market. Here are some fast (and important!) facts that you should know about SEA:

And the mobile gaming situation is only going to get better. Take Indonesia. It currently has the fourth largest population in the world. As smartphone penetration increases throughout the region, eMarkerter predicts that the country’s 2016 mobile ad spending will increase 150% from the previous year. And, within the next four years, it’s predicted that Vietnam and the Philippines—both fast-growing markets—will show an increase in smartphone penetration of 50% and 33% respectively.

How to get your mobile game into SEA

So, SEA is growing fast. But it’s growing in its own way. To increase your probability of success, it’s important to know how people play in the area. Here are our top tips for the region:

Except for Singapore, SEA is still considered a developing market. So you’re not going to see big spenders right off the bat. According to an App Annie report, gamers in Southeast Asia generate three times the downloads of their South Korean counterparts. But, when you look at in-app revenue, SEA comes out barely ahead, showing only 25% higher spending.

Keep that in mind when you’re monetizing. Rather than relying on in-app purchases, consider focusing instead on in-game advertising, which is less frustrating for gamers with lower spending power. 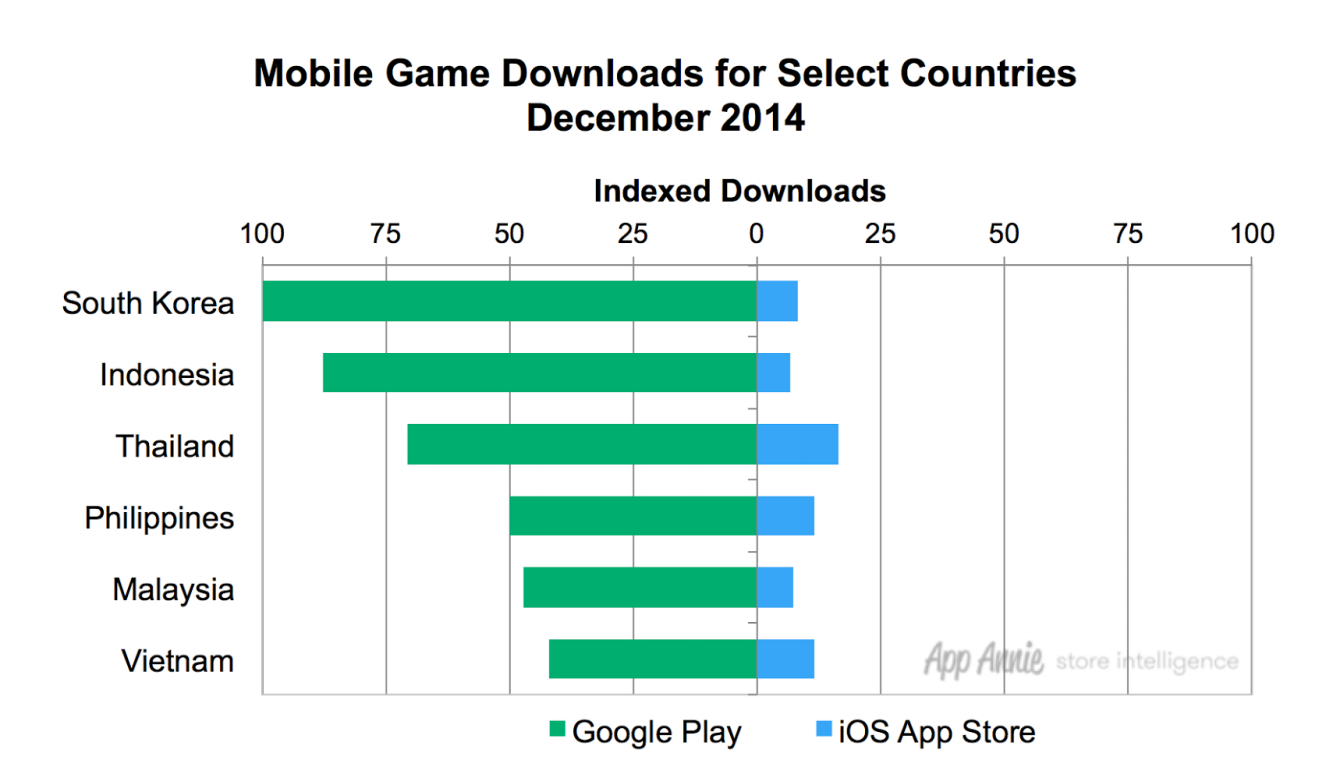 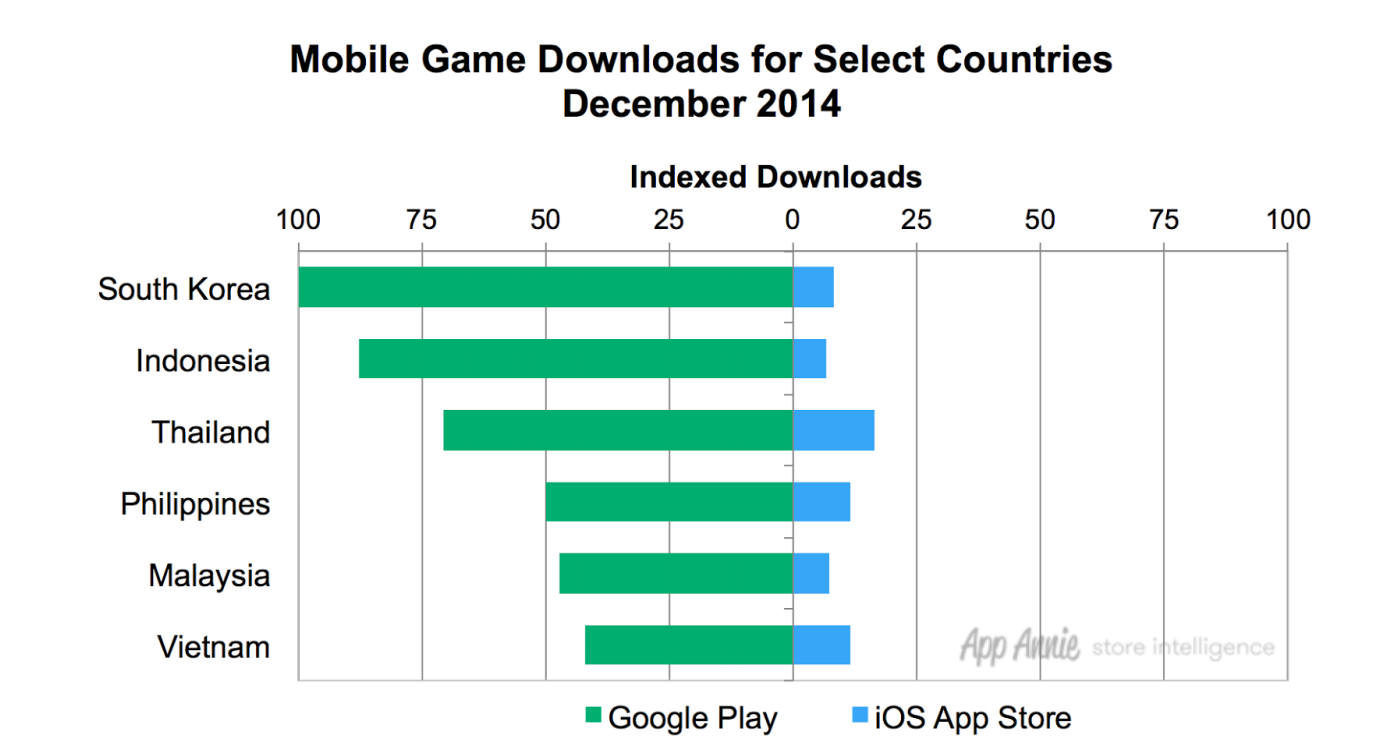 Here, size matters. The most common smartphone devices in SEA are low-end Android phones, and the quality varies wildly. Compound that with the fact that access to mobile data can be quite expensive, and it’s easy to see that you need to keep your game small. Releasing a version that will take up less space on users’ mobile devices is going to make it easier for them to download your game—and to keep it.

Indonesia has some major hits: Everyday’s Marble, Cookie Run, Get Rich. And they all have one thing in common. They’re distributed via LINE.

LINE is the leading social messaging platform in SEA, and that’s saying a lot—social messaging apps are huge here. According to The Consumer Barometer, Southeast Asia is a “mobile-first” region, an area where the number of smartphone-only users exceeds the numbers in other regions. And they’re using them, in turn, to connect to each other—SEA has some of the highest social network usage in the world, with eMarketer finding huge numbers of Facebook and Instagram users in particular. And, according to App Annie, LINE claimed the number-one spot in revenue for apps (other than games) in Malaysia, Indonesia, and Thailand in 2014. In the Philippines and Vietnam, it was comfortably in the top ten.

The conclusion is obvious: partnering with LINE can bring some huge advantages.

You’re not going to run into a language barrier as much here as you might elsewhere. Compared to East Asian countries like China and Japan, there’s a much higher English proficiency in SEA, especially since it’s the official language in Singapore and the Philippines.

But that’s not true everywhere: the EF EPI 2015 found that Thailand, the most profitable SEA market, still demonstrated very low English proficiency. Indonesia, the largest SEA market by number of gamers, only has moderate proficiency.

Most importantly, localization also isn’t just about language. Southeast Asia exhibits rich cultural diversity, and you can make your game stand out by ensuring that the content meshes well with the local culture. Doing so will help you engage local gamers deeply… and they’ll play more because of it.

It’s clear that SEA is a strong market—and it’s also clear that the best way to tap into the region is to really understand the needs of gamers there. We’ve only brushed the surface here; if you’re interested in learning more about these mobile gaming markets, check out our in-depth analyses of Indonesia and Vietnam. Have any experience marketing in SEA? Let us know in the comments what you’ve learned so far.

And to get your game ready to really make a splash, don’t forget to download The Beginner’s Guide To Mobile Game Localization so that the process goes as smoothly as possible!