Lost in Translation: How an IKEA Toy Became a Political Symbol 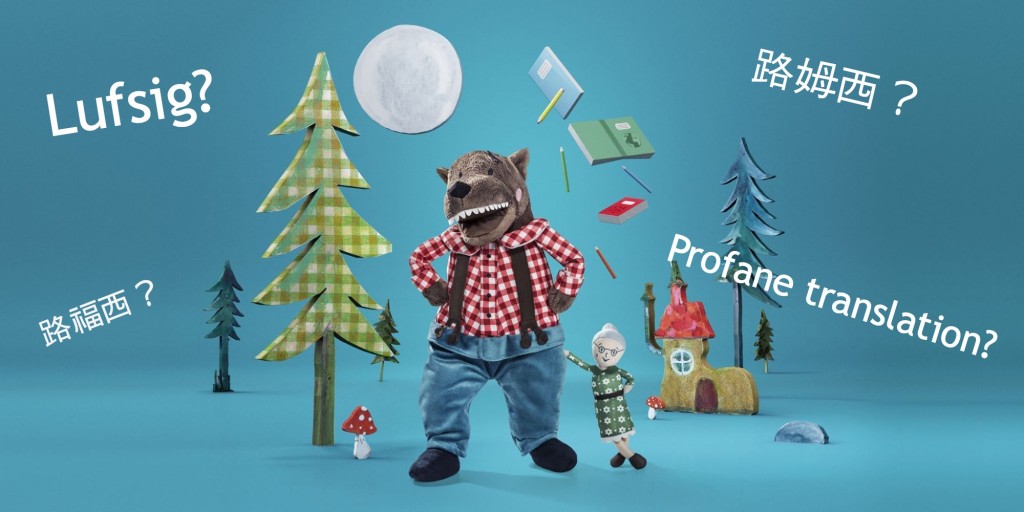 A Toy by Any Other Name?

Despite being known as a city of luxury goods shopping, we saw something unusual this Monday: shoppers scrambling to get their hands on an ordinary IKEA doll. It had all started with a bungled translation, and an act of political protest against Hong Kong’s unpopular government.

The toy is called Lufsig, the Swedish word for “clumsy.” Based on the villainous wolf in the story of Little Red Riding Hood, Lufsig is being sold by IKEA to raise money for education in developing countries. Cute, right? Until you get to the translated name.

In IKEA’s website for mainland China, Lufsig was featured with a Chinese name (路姆西). That name sounds perfectly fine in Mandarin. In the Cantonese dialect, though, it sounds quite similar to a profanity (mother’s c***).

The mistake became a viral sensation after a town hall meeting on Sunday, when a protester threw a Lufsig toy at Hong Kong’s chief executive, Leung Chun-Ying. Cantonese speakers won’t have much trouble getting the joke: the phrase “throwing Lufsig” sounds like “f*** your mother.”

The photograph of the Lufsig-throwing protestor quickly gained media attention, and people dissatisfied with the current government rushed to local IKEAs to buy the toy and express their dissent. Within a day, Lufsig had sold out. It even got its own Facebook page featuring spoof pictures of the wolf in various locations.

Cantonese and Mandarin Chinese Can Be Very Different

IKEA might not mind the bump in sales. But they obviously did not intend for Lufsig to have an obscene name, nor did they mean to create a political symbol. Ikea could have avoided the whole situation if they had handled their Chinese translations a bit more sensibly.

Cantonese is widely used and is recognised as “leading language in daily use” in Hong Kong by UNESCO. Although Cantonese is a dialect of Chinese, it’s very different from Mandarin, the official state language of China. Cantonese and Mandarin primarily differ in pronunciation. While Cantonese has nine tones, Mandarin has just four (and one neutral tone). And although the two languages share the Chinese alphabet, they differ markedly in the words used in daily conversation.

There are differences, too, between Chinese dialects in mainland China and other parts of the Chinese-speaking world. When it comes to writing, China increasingly uses simplified characters with simpler brushstrokes, unlike the writing in Hong Kong, Taiwan, and Singapore. And phrases and vocabulary can vary quite a bit as you move from place to place.

As you bring an app into Chinese markets, it’s essential that you stay aware of the differences in Chinese dialects. If your budget allows, try to get your localization adapted for different regions. Also, be sure to consult your translators in different language variants in order to make sure that the translations are appropriate for all dialects. Otherwise, you will run the risk of offering a product that’s popular in one place, and a joke somewhere else.

Call it the IKEA Principle: Hong Kong Chinese and Mandarin Chinese are different, and if you’re not sensitive to that difference, you might end up offending someone’s mother when you think you’re just selling a cute toy.

How IKEA Dealt with the Mistranslation Case

IKEA’s may have fumbled their localization work, but their response to the issue was a smart lesson in how to deal with localization mistakes.

Once the story of Lufsig started circulating around social media in Hong Kong, IKEA was ready with a response. Whenever someone used Facebook to ask why Lufsig had such an inappropriate Chinese name, IKEA would redirect the discussion toward the charitable purpose of the toy. After Lufsig became a symbol of political protest and sold out at all Hong Kong stores, IKEA Hong Kong posted a picture to thank customers for their support of children’s education, without making any mention of the political issue. This strategy allowed IKEA to avoid getting involved in local politics while putting a positive spin on the event, and it helped make sure that they didn’t upset their customers and the Hong Kong public.

IKEA also moved quickly to fix the problem. In just one night, they changed the Chinese translation of Lufsig to a new, inoffensive name (路福西). The bottom line: when you have a translation issue, move quickly.

As a creator or as a customer, have you ever encountered any hilarious cases of mistranslation? Please share with us in the comment section below! 🙂