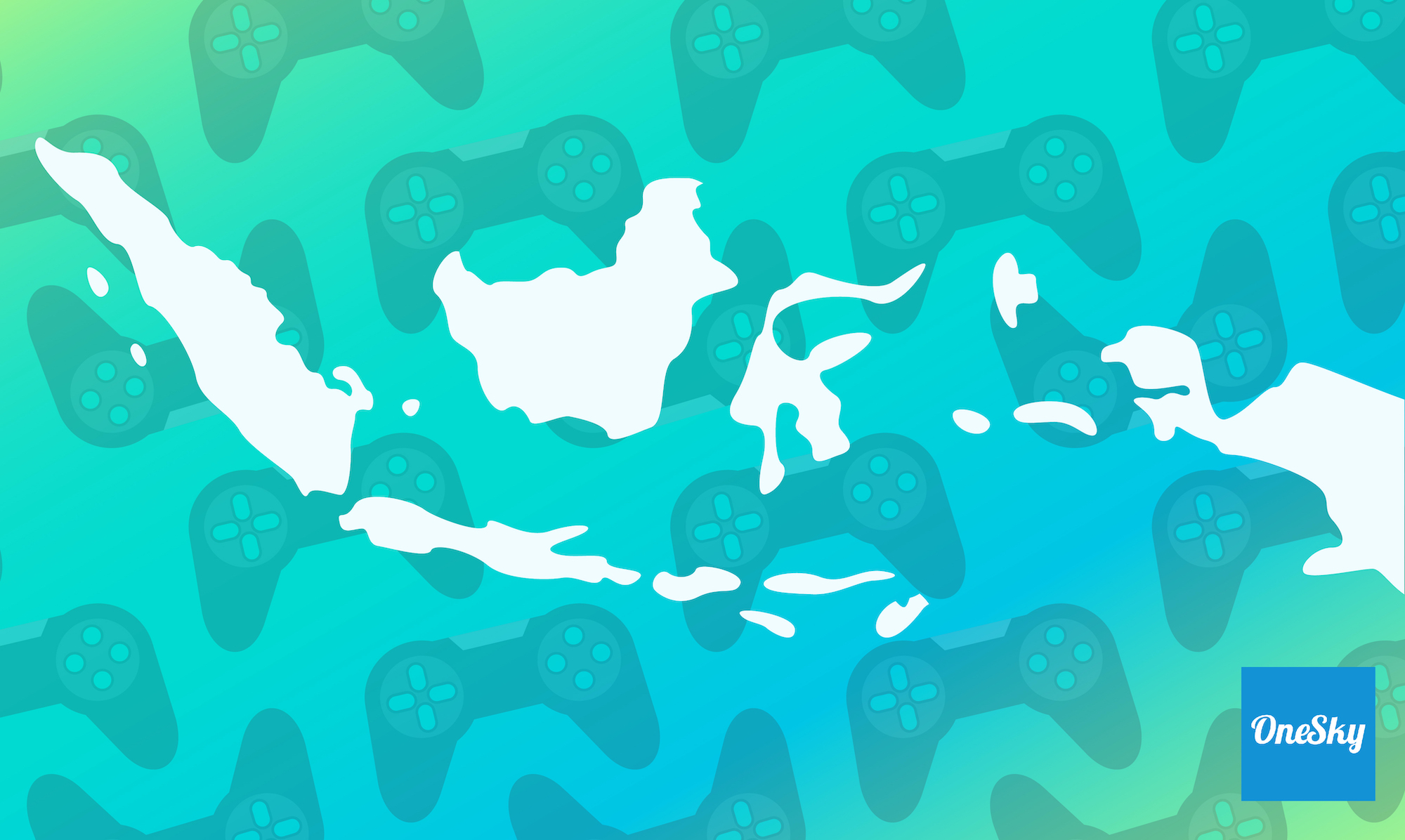 The Essential Guide to the Indonesia Mobile Game Market

Indonesia has a US$1.68 billion gaming market. It’s the 4th most populous country in the world with 111 million players. Meanwhile, the country’s new internet user growth rate is 3 times that of the global rate. It has 156 million smartphone users, making up 60% of the total population. 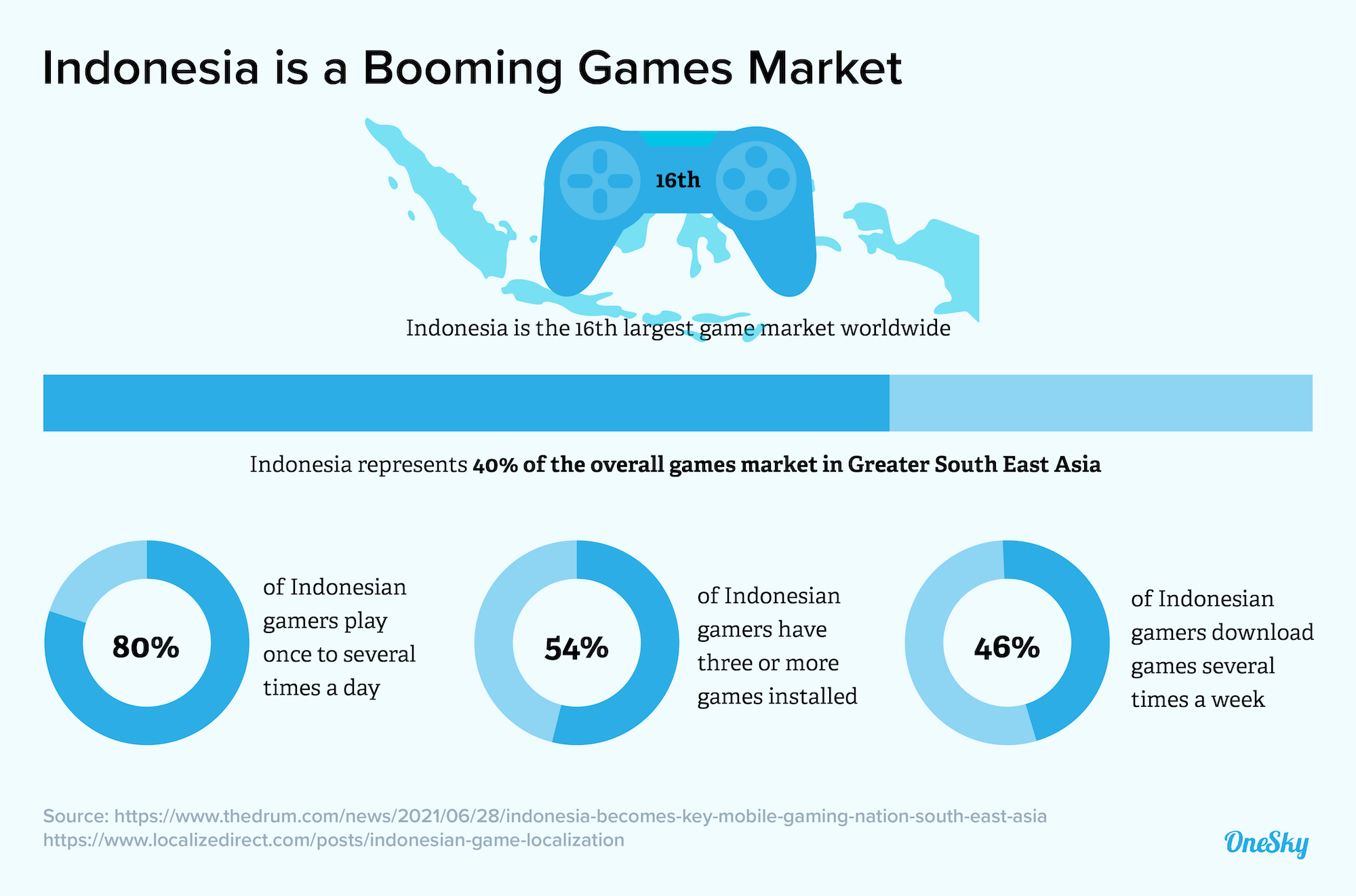 Bottom line: If you plan to launch your game in Asia, you can’t afford to overlook Indonesia.

Even though game players in larger cities are used to playing games in English, the overall English proficiency in Indonesia is low. In fact, only around 10% of the population can speak English reasonably well.

If you want to increase your market share in Indonesia, you must translate your Android or iOS game for the local audience.

What You Need To Know About the Indonesia Mobile Game Market

Indonesians enjoy games that pit them against other players. They also have an appetite for global games, such as Roblox, Clash of Clans, Candy Crush Saga. The most popular game genre is action, followed by causal, arcade, and simulation. 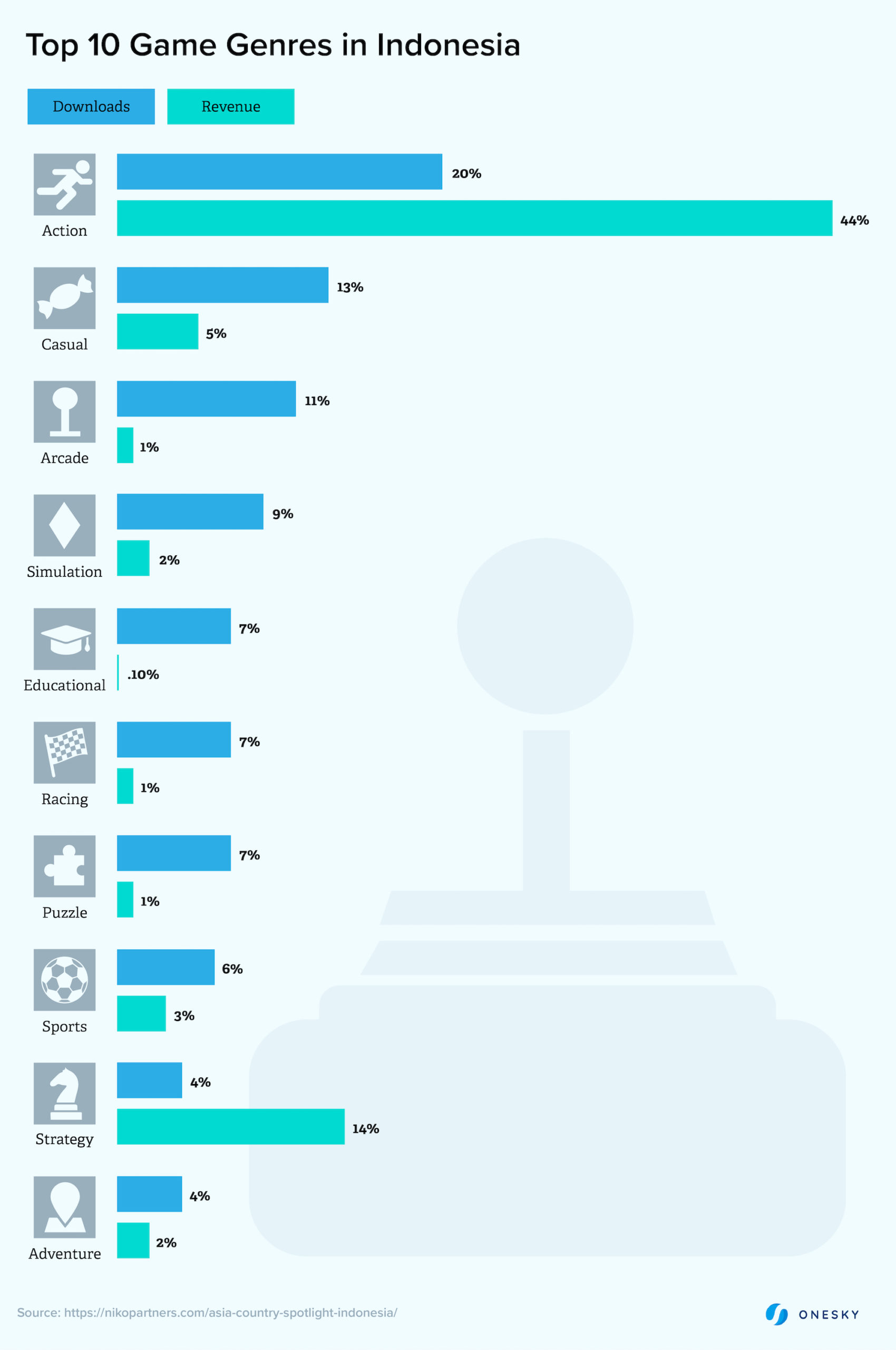 Social messaging is particularly popular among Indonesian gamers because it offers a simple, user-friendly interface that lets them interact with others in real-time as they play.

How To Localize Your Game for the Indonesia Mobile Game Market

Indonesia is a unique market, and here’s how to successfully localize your game for the audience:

Indonesian translations tend to be around 20% longer than the English source. You should ensure that the translated content fits into the layout. Provide context and character count guidelines to your translators to help them maintain the meaning and emotional appeal of the original content.

Indonesian has unique linguistic markers that aren’t present in the English language. Translators must understand the context to use the appropriate variation of a word. To facilitate the localization process, provide your translation team with background information about the characters and storyline in the game to ensure the correct word choice.

Indonesia has a unique culture, and the majority of the population is Sunni Muslims. This means they can be quite different from the audience in your home market. Be sure to avoid sensitive topics (e.g., religious or sexual subject matters) and use a local translation team to ensure that you don’t inadvertently include content that could be offensive to the local audience.

Indonesians use commas for decimal points and periods to separate thousands. Dates are formatted as DD-MM-YY, and time is communicated in 24-hour format. Meanwhile, most gamers prefer to keep the original names for game characters and skills, especially in games where they compete with players worldwide.

Many Indonesians try new games based on word-of-mouth recommendations from others. Meanwhile, the country’s social media usage (e.g., Facebook, Instagram, YouTube) is amongst the highest worldwide. The visual and interactive nature of these platforms makes them ideal for reaching new users and building relationships with your fans.

Most video game subscription services in Indonesia cost between 56 to 410 thousand rupiahs per month. Consumers prefer to use digital wallets (e.g., GoPay, Ovo) or direct carrier billing (i.e., charged to their mobile phone bill) to make purchases. You can also take payment via bank transfer, credit card, and debit card.

Streamline Your Localization Process For the Indonesia Mobile Game Market

Indonesia is a large country with a fast-growing population of mobile gamers. Localizing your game for this audience will help you grow your user base and reach many new customers.

To streamline your processes and ensure the highest quality translation for your game, use a robust localization management platform and hire local translators with gaming experience.

The good news is that you don’t need to go hunt and peck for different pieces of the puzzle.

OneSky is an end-to-end localization management platform that offers robust features such as a translation management system (TMS), glossary, translation memory, string context, testing, and more. You can automate workflows, manage assets, and communicate with your team from a centralized dashboard.

We also provide access to a dedicated localization manager and over 1,000 professional translators so you can handle everything all in one place.

Try OneSky for free and get your game ready for the Indonesian market.