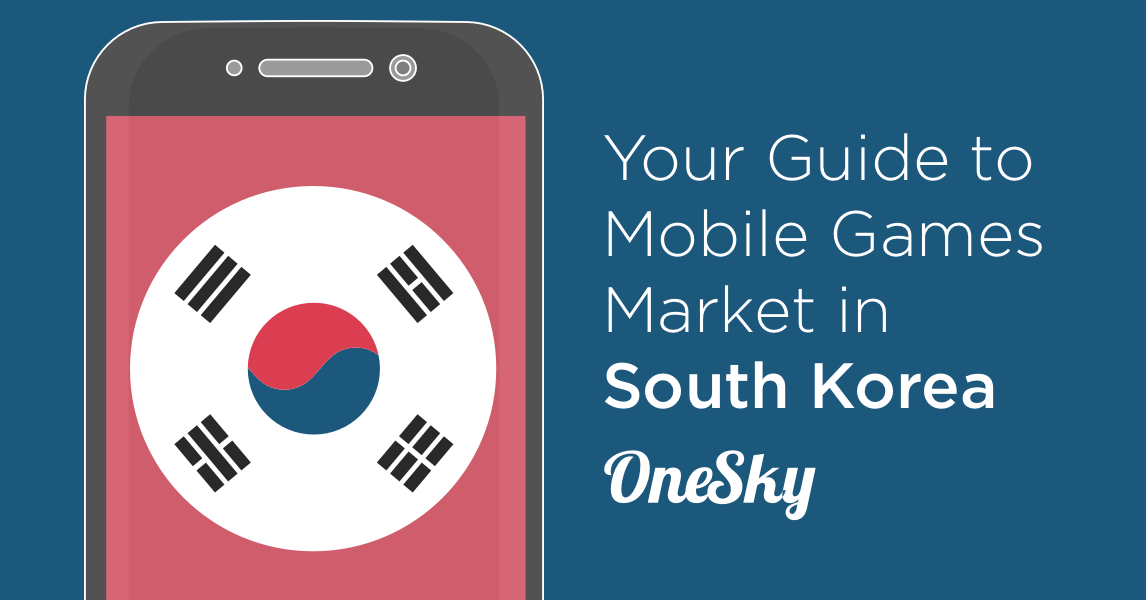 Here’s Why Mobile Game Devs Have to Consider South Korea

There’s nowhere in the world that’s quite as wired as South Korea. The country has a cutting-edge wireless infrastructure, a strong economy, and one of the largest app markets in the world. It also has some of the most passionate gamer communities on earth.

For mobile game developers, South Korean is a double-edged sword. The competition is fierce. But the market potential is enormous. In this post, we’ll share the information you need to navigate this mecca for game developers.

At 73%, smartphone penetration in South Korea is among the highest in the world—much higher that the United States, where that number stands at 56.4%. 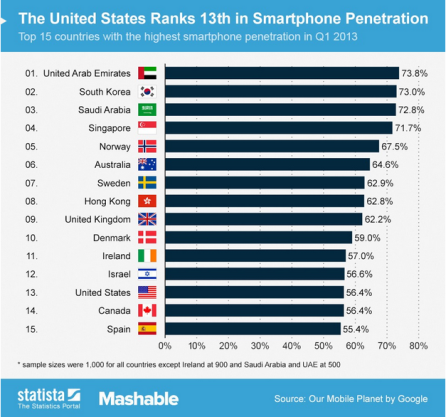 Koreans spend money on games, too.

Not surprisingly, the mobile game market in South Korea is huge. It’s still growing, too, with $1.6 billion in mobile games revenue in 2014 and year-over-year growth of 33%. 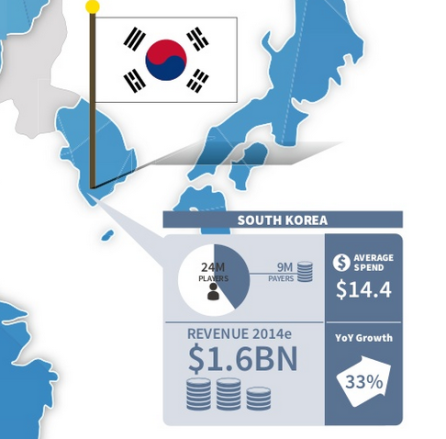 The market share for games has also grown. In the first part of 2015, mobile games represented more than 90% of app revenue in the Korean Google Play store. Games hold a larger share of the market there than they do in the U.S., the UK, Germany, or even game-crazy Japan. 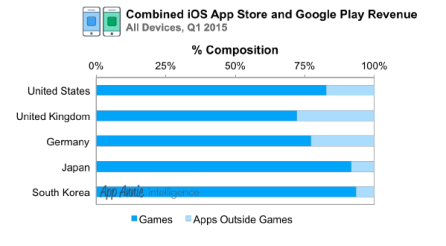 So, what do Koreans look for in their games?

By this point, you may be eager to jump into the gaming market in South Korea. But it helps to have a sense of what kinds of games do well there—and what challenges foreign developers face.

MMORPG is the most popular genre in South Korea, with high download statistics and a great ARPU that, at 5,567 Korean won (roughly US$5.27), outpaces all other app categories. 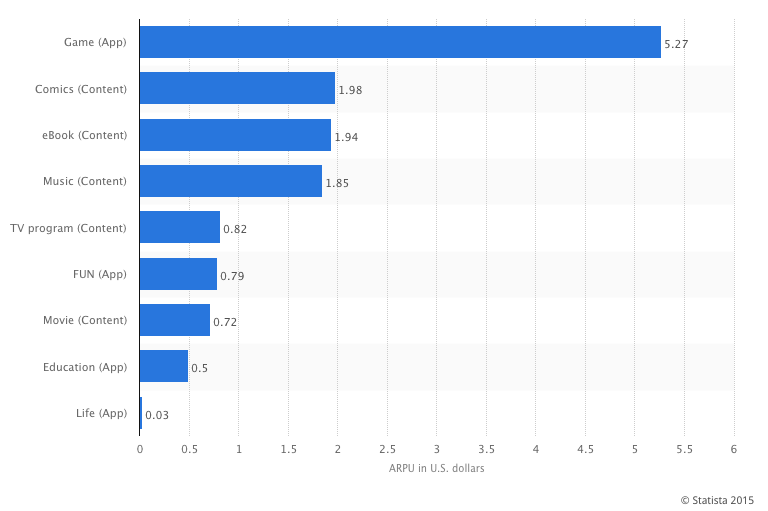 South Korean gamers tend to prefer locally produced games. Among the top 10 games by revenue, eight of them are made by Korean developers. Even the world’s top grossing game, Clash of Clans, hasn’t been able to break into the top spot on Google Play. The top two grossing games right now come from Korean game developers, Netmarble Games and Webzen Inc.

Why have local studios done so well? It’s all about marketing channels and user-friendly interfaces.

For an example, look at Netmarble Games, which teamed up with Naver, the biggest web portal in South Korea and the owner of LINE, a popular messaging app. In South Korea, Naver is so big that it basically is the Internet, and Netmarble was able to use that dominance to push a new game, Raven. 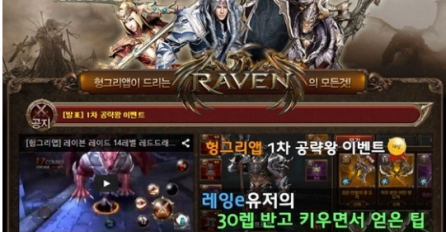 Naver spent a reported US$13 million on marketing Raven, with the help of pop-up ads in LINE and the Naver appstore, and even TV ads.

It’s a win-win partnership: Naver gets a piece of the profits. Netmarble gets an unparalleled marketing boost, and a chart-topping game.

Local game developers have another advantage: their games are in Korean, from day one. To succeed there, foreign games have to be localized, so that users feel more engaged in the storyline of the game. Even Clash of Clans has been localized into Korean, although its name has not been translated—something that’s unusual for bestselling games there.) 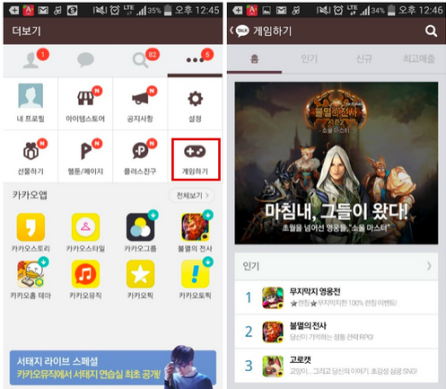 Messaging apps can also be a way to drive pre-registrations. Naturally, developers are taking notice—four new titles are released on the Kakao platform each week, on average. Titles such as Moddo Marble, Every Town, Wind Runner, and Pokopang have all thrived through messaging apps.

Getting to know the leading messenger apps

For developers entering East Asian markets, it helps to be familiar with how each major messaging app handles games.

WeChat and LINE: These are the do-ers: they buy game licenses, or they hire in-house developers and publish the games themselves. They make, market, and distribute gaming apps—vertical integration at its finest.

On the contrary, KakaoTalk is more of a savvy middleman. Publishers can make and sell their own games through KakaoTalk, which then takes a cut of the revenues. Relationships with KakaoTalk aren’t exclusive, and you’ll often see “For Kakao” and “regular” versions of game available in Korean iOS and Google Play stores.

However, Kakao requires that all app be localized. If its testers realize that even parts of your games aren’t localized to the Korean market, they’ll cut the game out.

Foreign developers can succeed on KakaoTalk, too.

Messaging apps can be unfamiliar to Western developers. But plenty of studios have had success from localizing their games to services like KakaoTalk. Candy Crush Saga, for example, began publishing on KakaoGame in 2013, getting its own feature tab within the app—and winning huge download numbers. 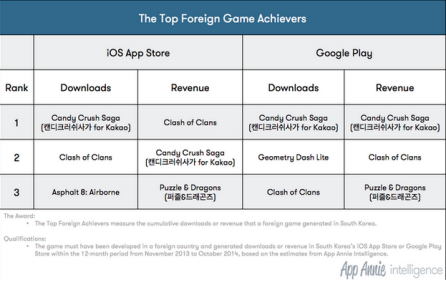 Candy Crush’s developer, King, developed exclusive features for Kakao. The goal, King games guru Tommy Palm explained in a statement, was to “bring a unique and fun social gaming experience to millions of subscribers across Korea.” Gamers could use KakaoTalk’s chat feature to send requests to friends, and share emoticons designed specifically for the KakaoTalk version of Candy Crush. Those special emojis, offered for free, helped build awareness of the game among KakaoTalk users. 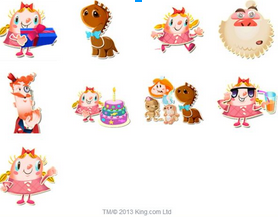 According to the 2014 EF EPI Report, South Korea has only moderate proficiency in English. Many Korean users don’t feel comfortable in English, and even those that do are likely to prefer an app in their native language. Because South Korea has such a well-developed local app market, localization is especially important. After all, the competition is strong—and fully adapted to the Korean culture and language.

Engineer your UI for localization

Grammar and the sequence of variables can create glitches in the UI. For example, here’s a mistranslation that’s been cropping up in the Google Android UI in the past few years: 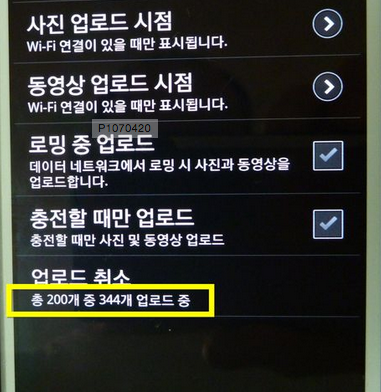 The highlighted sentence above translates as “uploading 344 of a total of 200 photos,” which doesn’t make sense at all. What went wrong? The translation was probably done with coded variables, which were then placed incorrectly within the context. The underlying issue is that, in Korean, the larger number should be first (“of 344 photos, we’ve uploaded 200”), whereas in English it’s generally done the other way around (“200 photos uploaded, out of 344”).

Awkward phrasings will always crop up when you haphazardly translate text into Korean, without being aware of the language’s unique grammar structures.

Smart translators can help you out here. So can various easy, effective forms of UI testing, as well as best practices in string wrapping.

Good marketing is culture-specific. In the Korean market, Candy Crush Saga has been particularly good at adapting their ads to the cultural context (recall those distinctive emojis, used to spread the word on KakaoTalk).

In this Western Candy Crush ad above, for example, the company describes the app’s attributes (“easy,” “sweet,” “free”). The Korean version below is much more humorous and image-driven. Factual content tends to work better in the West; South Korean gamers are more drawn by attention-grabbing images of people or characters. Marketers that are aware of these differences can get better results.

Want to learn more about tapping into the gamer paradise that is South Korea? Get your practical, in-depth, totally free Beginner’s Guide to Mobile Game Localization now! And if you have other questions, feel free to let us know in the comments.