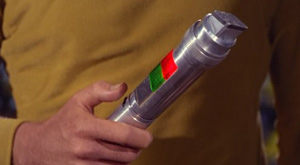 Star Trek‘s futuristic technologies has long been a source of inspiration for scientists and engineers, who hope to turn science fiction into reality. Although no one has invented a transporter yet, some of its technologies, like the classic universal translator, is less far-fetched than you might think.

Imagine a tiny device that could remove language barriers and let you communicate with anyone who speaks a different language that you don’t understand. This is what a true universal translator is supposed to do in the famous TV show.

Over the years, the progress in voice recognition, however, has been disappointing, making people wonder if automatic simultaneous translation will ever become the norm.

But things changed a little when Microsoft came into the picture with their breakthrough product, Skype Translator, yesterday. It is their most incredible new product in years.

This is how Microsoft describes this new product:

Imagine in the very near future technology allowing humans to bridge geographic and language boundaries to connect mind to mind and heart to heart in ways never before possible…the Star Trek vision for a Universal Translator isn’t a galaxy away, and its potential is every bit as exciting as those Star Trek examples. Skype Translator opens up so many possibilities to make meaningful connections in ways you never could before in education, diplomacy, multilingual families and in business.

Experimentation in this area isn’t new for Microsoft as it has invested in speech recognition for decades. So what makes it so special this time?

Skype Translator is definitely a product that falls into the “You need to see it to believe it” category. If you haven’t already watched their awesome demonstration at the Code Conference, I encourage you to take a look at the video below. During the demo, they showed off near real-time audio translation from English to German and vice versa, which was considered a nearly impossible task.

Your browser does not support iframes.

In fact, Microsoft is not alone in its effort to crack the simultaneous translation technology. Last year, NTT DoCoMo, the largest mobile-phone operator in Japan, unveiled an augmented reality glasses that can translate text on menus in near real-time and introduced a service that translates phone calls between Japanese and English, Chinese or Korean.

The goal is to have these new gadget and service ready for action in time for the Tokyo Olympics in 2020, so foreign tourists can more easily navigate their way around the city.

Meanwhile numerous startups are betting on growing needs for real-time translation as well.

For example, Word Lens, which was acquired by Google recently, is an amazing app that translates any text your camera can see. Simply pointing your device’s camera at the text to be translated and the translation immediately shows up on the screen in real-time, helping travelers feel like a native in every country. It is quite mind-blowing when you try it for the first time. You can check out their introduction video below.

SIGMO is another startup in this space. It is a small device equipped with a microphone and speaker and connected to the cloud via a smartphone. When a user speaks to it, it will use existing online translation services such as Google Translate to translate from one language to the other in real-time. Their Indiegogo campaign has been wildly successful, blowing past its original goal of $15,000 to raise over $240,000, proving the huge demand of a universal translator-like solution.

With all these promising new technologies, a true universal translator, perhaps, can be possible in our lifetime. It may be just a few more years before “Star Trek” style conversations become commonplace.