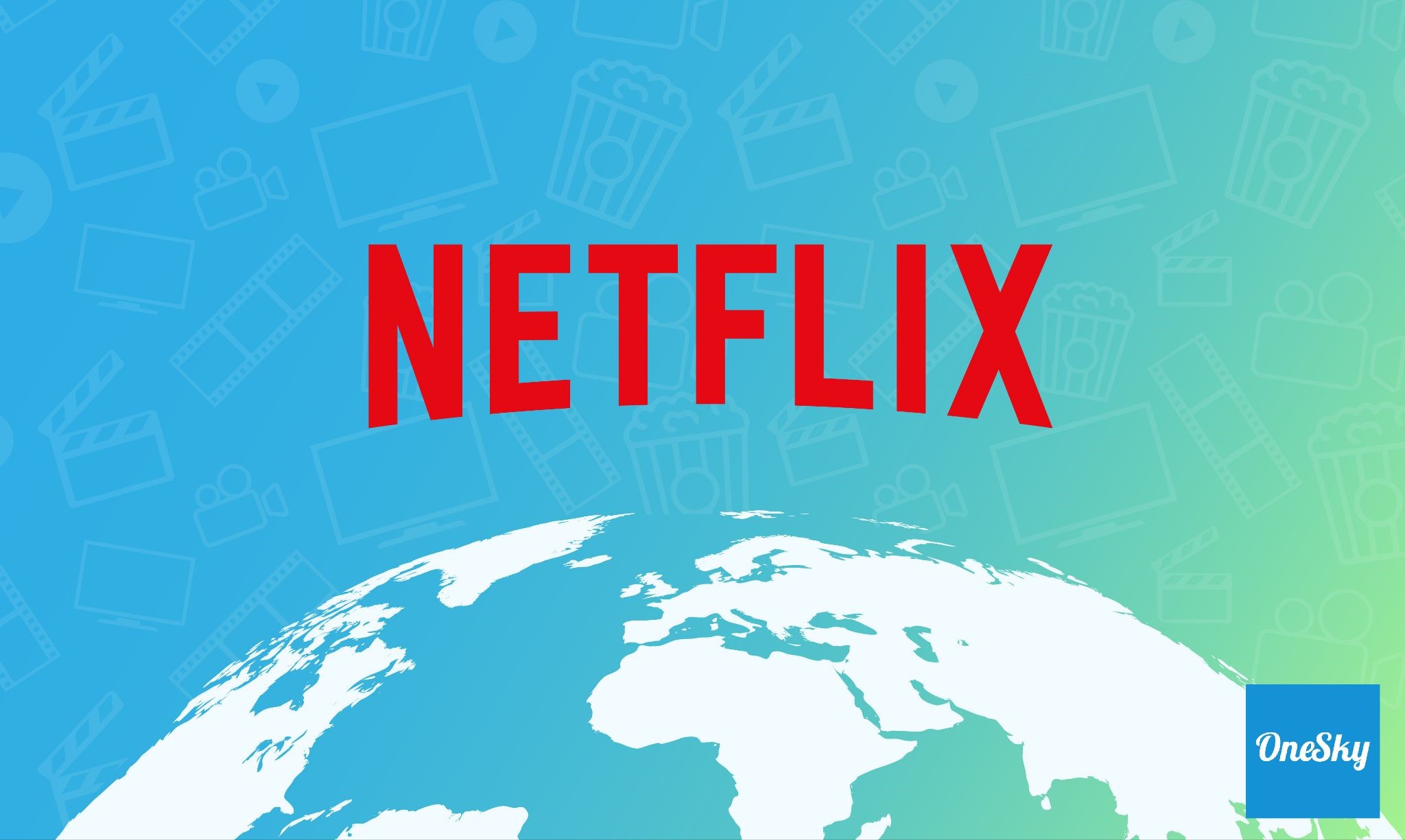 From Tiger King to Squid Game, everyone has their favorite Netflix show. This streaming platform has transformed entertainment over the past few years, delivering content to over 213 million people around the world.

But how exactly did this startup from Scotts Valley, California become the dominant force in streaming? Well, Netflix’s localization strategy played a major part.

Here is the story behind that rise, along with the key lessons you can take away for localizing your own app.

How a DVD Rental Startup Became a Global Streaming Giant

Netflix was originally founded in 1997 by a computer scientist named Reed Hastings and a marketing executive called Marc Rudolph.

Initially, the pair operated an online DVD-rental business. Customers would choose a disc to rent, pay online, and receive the DVD via mail.

Three years after launch, Netflix changed from a per-rental pricing model to a monthly subscription with no rental terms, loan fees, or additional cost for shipping.

The Transition to Streaming

Another turning point for Netflix was the introduction of streaming services in 2007. Within two years, subscribers were streaming movies more than watching DVDs.

The move to online delivery also allowed Netflix to start operating in international markets. The company began with Canada, before moving into Latin America and the Caribbean.

In the space of just three years, Netflix had set up in 130 countries around the world. In the time since, the network has expanded to 190 countries. Today, two thirds of Netflix subscribers reside outside the U.S. and Canada.

This rapid international expansion fueled incredible growth at a business level. At the latest count, Netflix was valued at $289.09 billion.

While most businesses can’t expect quite the same level of global success, the story of Netflix offers some valuable insights for localization. Here are the key takeaways:

1) Don’t Localize for Everywhere at the Same Time

Netflix went from a U.S.-only service to operating in 190 countries within the space of just seven years.

You might imagine this process involved localizing in large batches. While there were clear “phases”, the company actually launched new regions in a constant flow.

The gaps between the release of localized versions were small, mainly thanks to the phenomenal amounts of cash being invested. However, the separation of locales allowed staff to focus.

This is an important principle of localization. Trying to adapt your product for one language and culture is a big enough project for any business — even one the size of Netflix. Trying to juggle localization for multiple locales at the same time rarely works well.

If you want to launch into several different countries in short order, try to complete Minimum Viable Localization (MVL) for each locale before moving on to the next.

2) Customize Your Offer for Every Market

There are a few examples of companies that have taken the exact same offering to every part of the world. But in truth, they are quite rare.

Netflix went in completely the opposite direction, providing a service that is highly tailored to each regional market.

Rather than trying only to export U.S. shows to different cultures, the company purchased local content and made original shows in new regions around the world.

Where English-language content has been included, Netflix often went to the trouble of translating and adapting the title. This process is known as transcreation.

As one example: Spanish crime drama, La Casa de Papel, is known as Money Heist in the English-speaking world. A more literal translation would be “The House of Paper.”

In addition, Netflix provides dubbing and subtitles in all major languages to help us enjoy foreign-made video content. This is how Squid Game, which was shot entirely in Korean, became a worldwide smash hit.

3) Deliver a Great Experience in Every Locale

As a company attempting localization for the first time, it’s always tempting to focus on the essentials — the product name and the instruction manual, for example.

However, leaving out any part of your product from localization means that your customers who speak other languages are going to get an inferior experience.

The folks at Netflix seem to have understood this perfectly.

As a company that spends millions of dollars on making original content, Netflix wants to make sure that new shows reach a wide audience. That includes subscribers around the world.

Netflix managers realized that the only way they could attract customers to foreign-language content was by making it really easy to find, and by marketing each show with carefully-crafted teasers.

Instead of relying on auto-translation to make content accessible, Netflix chose to localize by hand. Professional linguists and localization experts adapted every detail to suit each specific region, and designers used pseudo-localization to ensure that changing from one language to another would not break the user interface.

As a consequence, a Netflix user in India will be just as satisfied as one in the UK or Germany — so they will keep paying the subscription.

While Netflix pays great attention to localization and internationalization, the company also thinks in global terms.

Series like Squid Game (South Korea), Lupin (France), La Casa de Papel (Spain), and Sacred Games (India) were all commissioned with local audiences in mind. But Netflix executives realized that these shows had equal potential to enthrall audiences around the world.

In other words, they were building products with both local and global markets in mind.

This strategy has paid dividends for Netflix over and over again, and massively increased the company’s return on investment.

If you would like to take your business into new markets, consider following this approach. Craft products and services that are both well suited to your home market, and easy to adapt for other places.

5) Where Possible, Work With Locals and Experts

Great credit should be given to the decision-makers at Netflix who embraced localization as a key business strategy.

They should also receive credit for recognizing that localization is not something that you can successfully implement without the input of locals and experts.

Over the years, Netflix has hired dozens of localization professionals and managers in markets around the world. At the same time, the company has built partnerships with other brands that have a strong regional presence — KDDI in Japan, and Telefonica in Spain and Latin America being prime examples.

Of all the smart moves made by Netflix, this is perhaps the most important. It has allowed the streaming service to penetrate regional markets at an incredible speed, leading to 33% year-on-year growth in international markets during 2019-20.

Building Your Own Localization Strategy

The ongoing success story of Netflix shows how localization can transform a one-market brand into a multinational giant. If you are planning to build your own localization strategy, studying the methods of this streaming platform is a worthwhile use of your time.

That said, not every business has the same resources or requirements as Netflix. This year, the company is expected to invest $500 million in Korean content alone. You can expect that millions will be poured into localization, as well.

In spite of this, Netflix still mainly relies on external services to handle localization.

Why? Because working with a LSP (language service provider) gives you access to native speakers, professional translators, localization experts, and even local testers, without the need to start an international hiring spree.

In addition, such partnerships become more and more efficient over time. This is partly because translators become familiar with your business, and partly thanks to time-saving technology like translation memory.

Reach a Global Audience With OneSky

If you would like to team up with an experienced localization team, OneSky is a great option.

Our team includes over 1,000 professional translators, covering over 50 languages. We have extensive experience of localizing content in websites, apps, software, and games, having worked with brands like Microsoft, Sony, and Airbnb.

On the tech side, our platform plugs into your development workflow directly. This means you can extract, update, and import content with zero effort. OneSky is also a full-featured translation management system, with translation memory and other great tools.

Want to give it a try? Sign up free to take a test drive, or download our free ebook to learn more about localization.