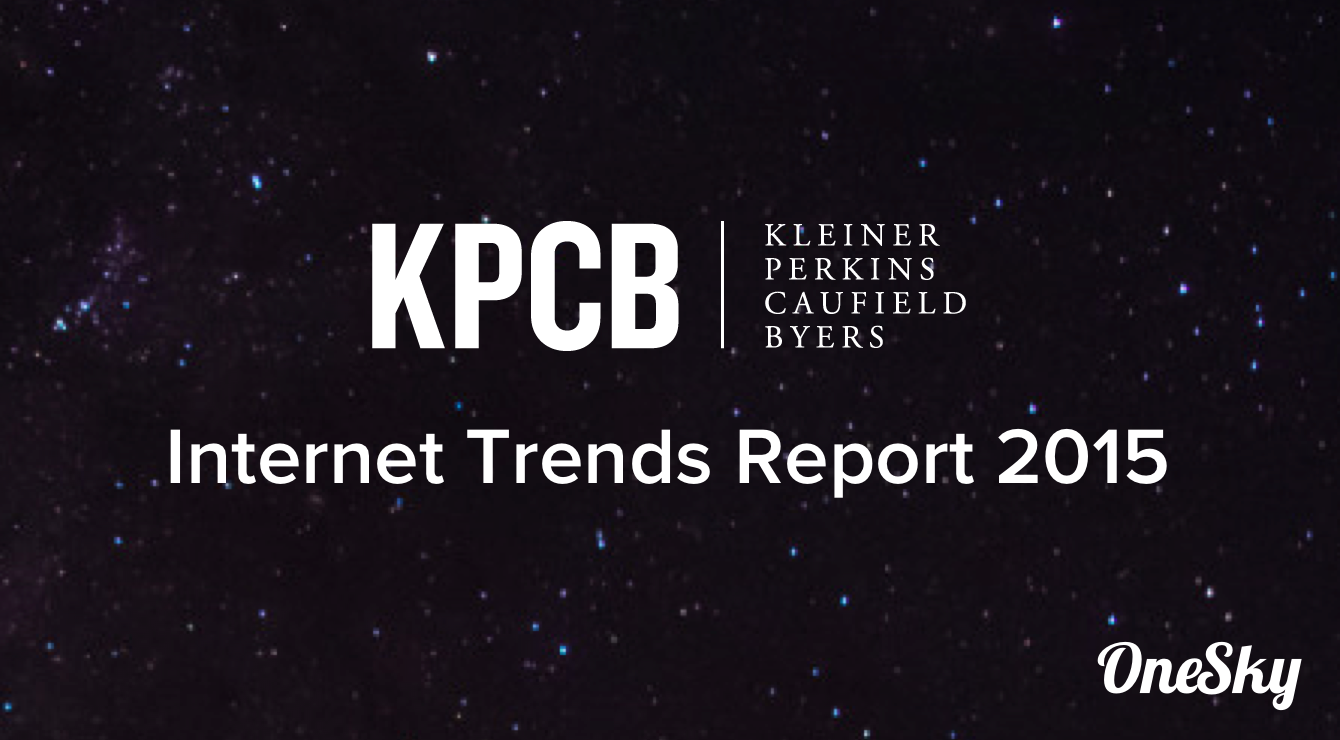 KPCB’s annual Internet Trends Report is well known as what every online marketer should read. Let’s take a look at the fresh released report and see how the Internet just evolved.

Internet started as a U.S. phenomenon in 1995 with just more than 35 million users. Almost twenty years later, there are now 2.8 billion Internet users around the world, while USA internet users only accounts for 10%. 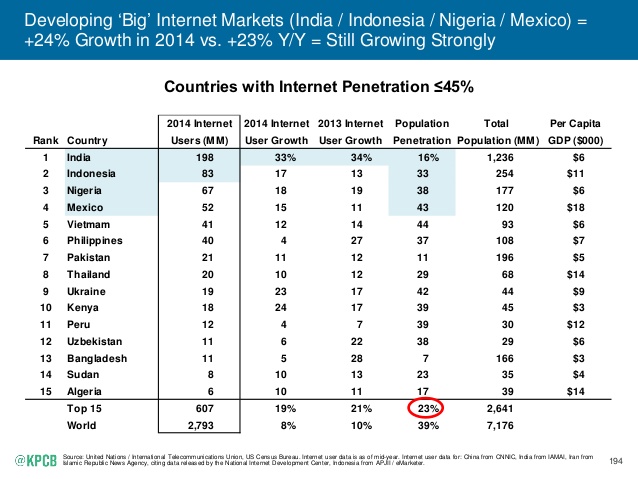 China, US and Japan are the biggest Internet markets, with altogether 1.01 billion Internet users. But the growth momentum is led by India, Indonesia, Nigeria and Mexico. While all of them has more than 17% Year-over-year growth rate in Internet users last year, India alone has impressive 33% Internet user growth.

Messaging app is not one-size-fits-all for global markets

Messaging apps continue to be the top apps in terms of usage and session. Apps like Whatsapp and Line occupy more than 7 of 10 top global apps. However, this is wrong to say that users follow the same way in using these apps. Quite the opposite, users in different regions may use different messaging apps, and use them differently.

For instance, American users will tap in Whatsapp and Facebook Messengers in daily basis, while majority of Chinese users use WeChat instead. Line is widespread in East Asian markets such as Japan and Korea. 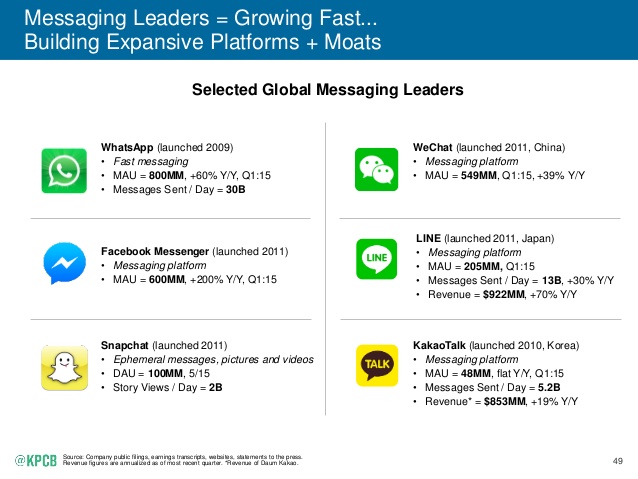 Messaging platforms, especially those in Asia, are developing their monetization playbook. Take WeChat for example, it has now been a central communication hub. Using WeChat, you can play games, pay cash and call a taxi. And even buy fruits. 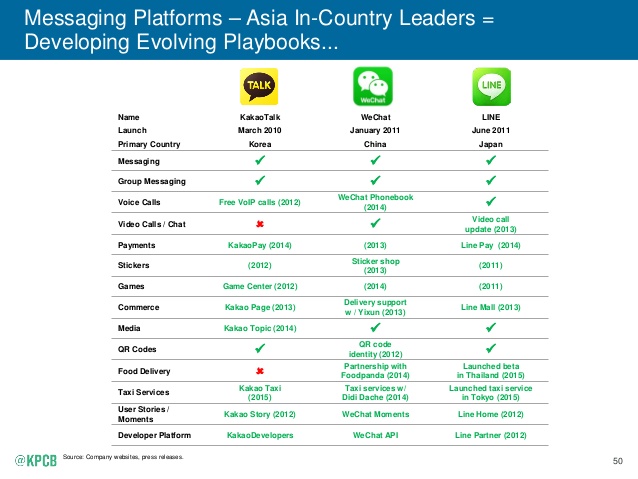 China and India are getting bigger and bigger

These two growth markets continue their rapid expansion. The arisen dragon, China, has extended the power of Internet to almost everything. The almost omnipotent WeChat allows you to deliver red envelope, distribute video and even pay government bills. 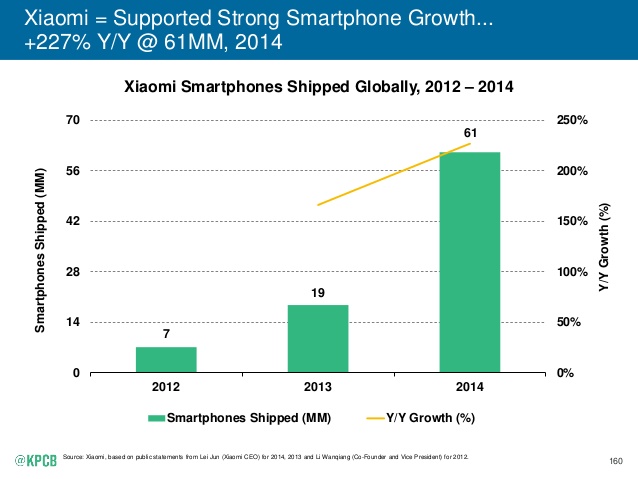 India, on the other hand, was the fastest growth market around the world last year. It is the top country in terms of new internet users add, with the growth of 63 millions Internet users. When it comes to popular internet platforms such as Twitter and LinkedIn, India is often regarded as top #1 or #2 MAU markets. 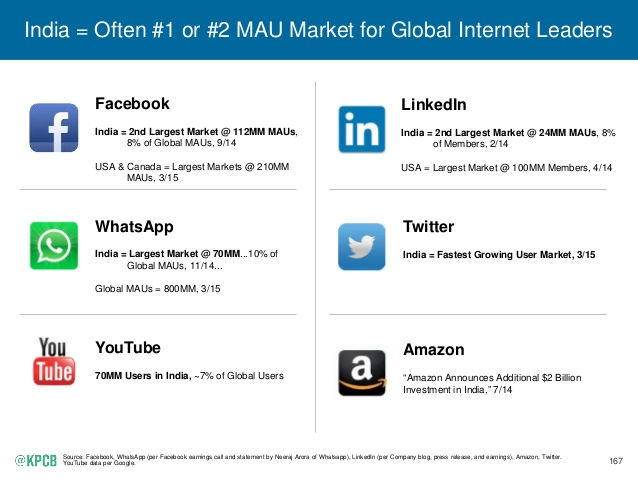 Wrap up: think global is not an option. It’s a requirement.

Many findings of the KPCB report point towards one single fact – Internet, whether it is desktop or mobile, is now a global phenomenon. Furthermore, the access to Internet is no longer dominated by English speaking regions, but more often by developing non-English speaking markets. Internet population, thanks to the spread of mobile devices, is getting closer to global population.

So localization is not an option for web and mobile apps. It’s more likely a prerequisite to success. Every developer should think about going global from day one.

If you want to know more about mobile economy in China, feel free to check out our guide to Chinese app store, and Chinese app publishers.

You may see the full report of KPCB Internet Trend Report 2014 here.