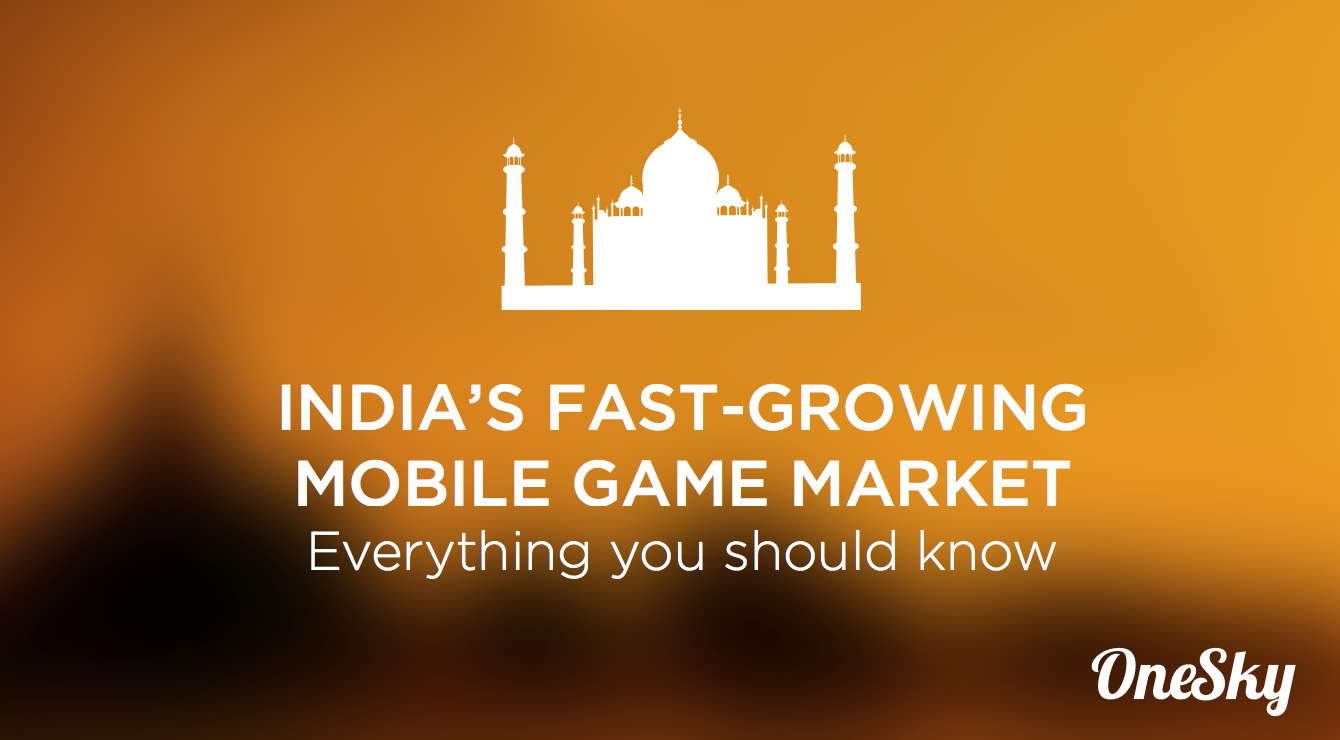 Everything You Should Know About the Skyrocketing Indian Mobile Gaming Market

This blog post is an excerpt of our, in partnership of Newzoo, recent report “Knock down the BRIC wall – Your 2015 guide to success in BRIC mobile gaming markets.” Download the eBook now.

With 1.2 billion people, a booming economy, and one of the world’s fastest-growing mobile game markets, India is an important destination for game developers. In this blog post, we will look into what should know about Indian mobile gaming market, and how you can get succeeded in India.

According to our recent report on BRIC mobile gaming market, revenues in India’s mobile gaming market have grown more than 132.2% last year. In fact, that YoY growth is among the highest in the world. The market’s growth has been driven by a base of 131.7 million mobile gamers.

In general, Indian gamers welcome foreign mobile games. Among the top 10 games in India—as ranked by gross downloads—seven are imports from foreign markets.

Searching for low-cost smartphones, customers in India choose the Android OS in overwhelming numbers. Android has 91% of the OS market share in India;  iOS has slightly more than 2%. Not surprisingly, Google Play is the country’s largest app market by number of downloads. According to App Annie, India ranks third among countries with the most downloads on Google Play.

The lag due to high quality graphics and the lag caused by high requirement of connection bandwidth brings headache to Indian gamers. Mobile game developers should consider hosting a different APK file with lower quality graphics and require a minimum of connection bandwidth in the market. It can smoothen the performance of your app on Indian smartphones.

Consider offering your app for free, with ads

Because India’s ARPU is still low, it’s very difficult to generate significant revenue by charging users. But India does have a huge population of advertising-tolerant gamers, so ads can be an effective way to generate revenue.

Localize your game to appeal to Indian gamers

India has hundreds of languages. But a full 425 million people speak Hindi as their first language, and 125 million speak English (often alongside Hindi). If you want to make a serious run at the Indian market, you’ll need to translate your app into Hindi.

Fortunately, the potential market for localized games is enormous: Arvind Pani, a former Intel employee and the co-founder of Bangalore-based Reverie Language Technologies, estimates that almost 600 million Indians use their mobile phones only to make phone calls, largely because they feel there are not enough apps available in their mother tongues.

We predict, in the future, India will continue to be a fast-growing mobile gaming market. There will be more exciting strategies and news about this new, hot gold rush.  Want to share your views? Feel free to comment below!

Our report on BRIC mobile gaming report goes through the high-growth markets around the world, with in-depth country analysis and comprehensive prediction data. Download the eBook now!