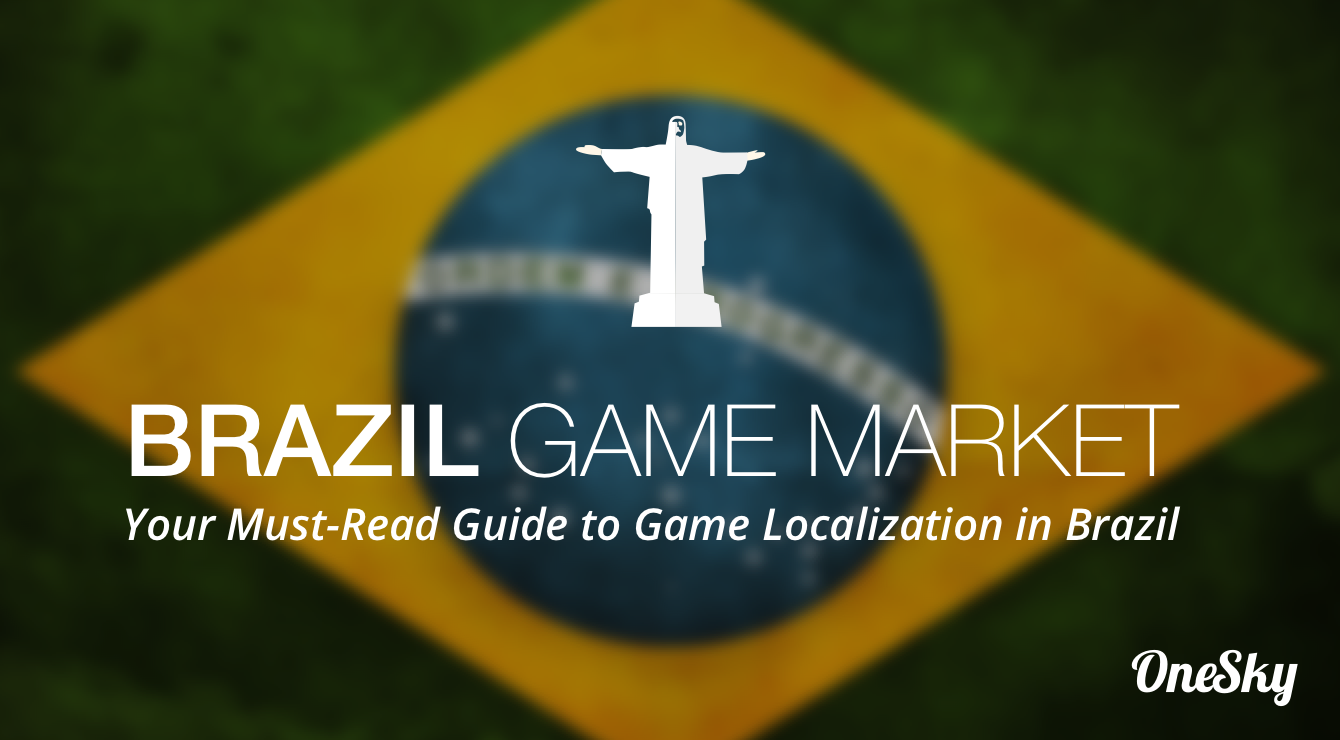 The Essentials to Game Localization in Brazil

Why does Brazil matter to game developers?

The market is big and growing fast.

Last year, Brazil’s gaming industry generated $1.4 billion in revenues making it the largest gaming market in Latin America, and the fifth largest in the world. Mobile games are especially popular and they take up the largest share of the digital games market with $606 million in revenues per year. And by 2015, estimated total revenue will be $2.4 billion dollars, a 71% increase. The numbers make sense as a full 53% of Brazil’s online population plays digital games.

Game localization in Brazil is essential for monetization

In 2012, the developers of “Call of Duty: Black Ops II” localized their game into Brazilian Portuguese. Consumers noticed: sales were 300% higher than previous years. And it’s not just Call of Duty. According to Julio Vieitez, director of the Brazilian game distributor LUG, “When comparing the revenues of a good game in Portuguese and in English, the former is 15 times higher than the latter.”

The success of localized games in Brazil shouldn’t be a surprise. English proficiency is Brazil is low—it’s ranked 38th out of 63 countries in the most recent EF English First Proficiency Index—and gamers around the world prefer to play in their native languages. And even if a Brazilian speaks English, her friends may not. “[Localization] is important because people want to play with their friends,” says Vietitez.

Localization in Brazil has been slow. Move quickly to get ahead.

As of December 4th, 2014, two of the top three games in Brazil’s iOS App Store had not yet been translated into Brazilian Portuguese. Sniper 3D Assassin, for example, has Japanese and French versions, but nothing localized to Brazil, even though it’s one of the country’s most popular games. For many game developers, the country is an untapped or under-tapped market. Move quickly: more and more developers will be preparing their games for Brazil’s booming digital game scene.

“When comparing the revenues of a good game in Portuguese and in English, the former is 15 times higher than the latter.” –  Julio Vieitez, Director of LUG

Which games do well in Brazil?

On the whole, Brazilian culture is similar to cultures in other parts of the Americas, including the United States. Unlike a localization campaign in China or Japan, there’s not much acculturation work required if you’re heading into the Brazilian market. However, smart developers should be prepared for one difference: Brazil’s total obsession with soccer. The game is central to the country’s identity, and sports games of all kinds—but especially those involving soccer—are the most popular game category among smartphone users in Brazil. 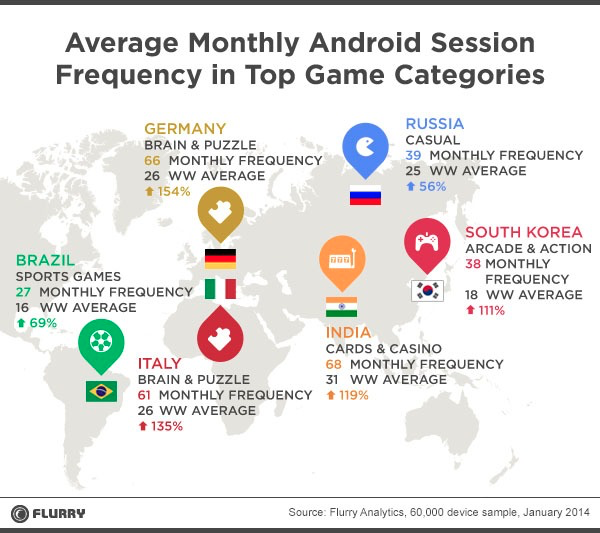 Sports game is the most popular game category in Brazil (Source: Flurry)

You should be aware that Brazil places a high tax on electronic devices. An iPad Air, for example, retails for US$499 in the United States, but costs a full US$760 in Brazil. As a result of these high prices, Brazilians gravitate to more affordable devices, and Android phones are especially popular. According to Kantar Worldpanel, as of August 2014 Android controlled almost 90% of the smartphone operating system market in Brazil. 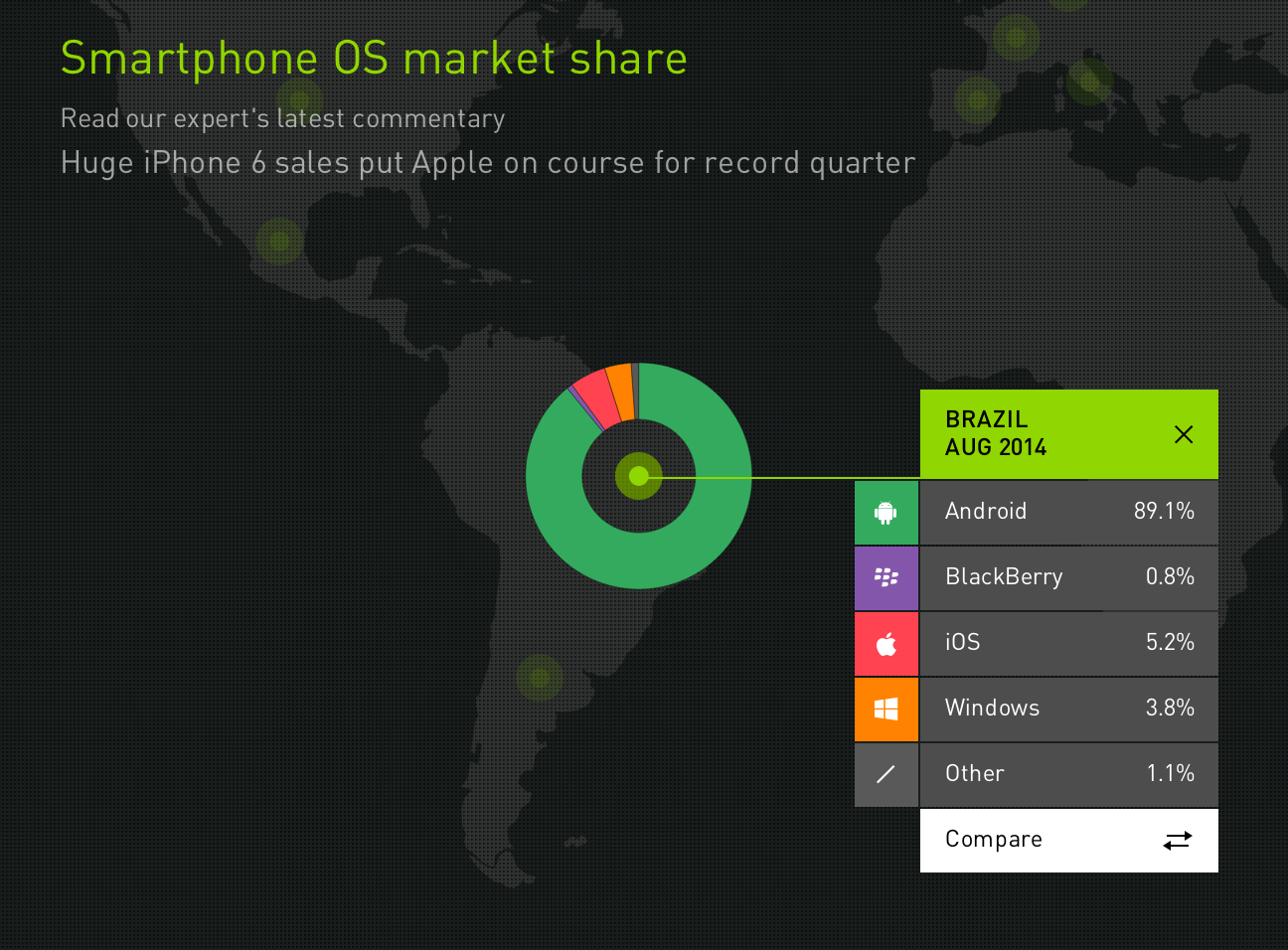 Gambling is banned in Brazil. But developers of casino games can take heart: regulations in Brazil don’t cover online gambling (at least not yet), therefore casino games are some of the top iOS sellers in Brazil.

But how different are they?

Very different. Different pronunciation, different spellings, and, often, totally different words. In Brazil, for example, a bathroom is a banheiro. In Portugal, it’s a sala de banhos. Want some more examples? Check out this blog post.

To localize your game to Brazil, translate it into Brazilian Portuguese, not “neutral” Portuguese

Some translators or translation agencies will propose that you translate your game into a “neutral” form of Portuguese, in order to save money. We strongly recommend against this. “Neutral Portuguese” doesn’t really exist, and it doesn’t reflect people’s real-world experiences. You need to hire native translators who are from Brazil. And make sure that you choose the right form of Portuguese when submitting your app description to the local iOS and Google Play store. 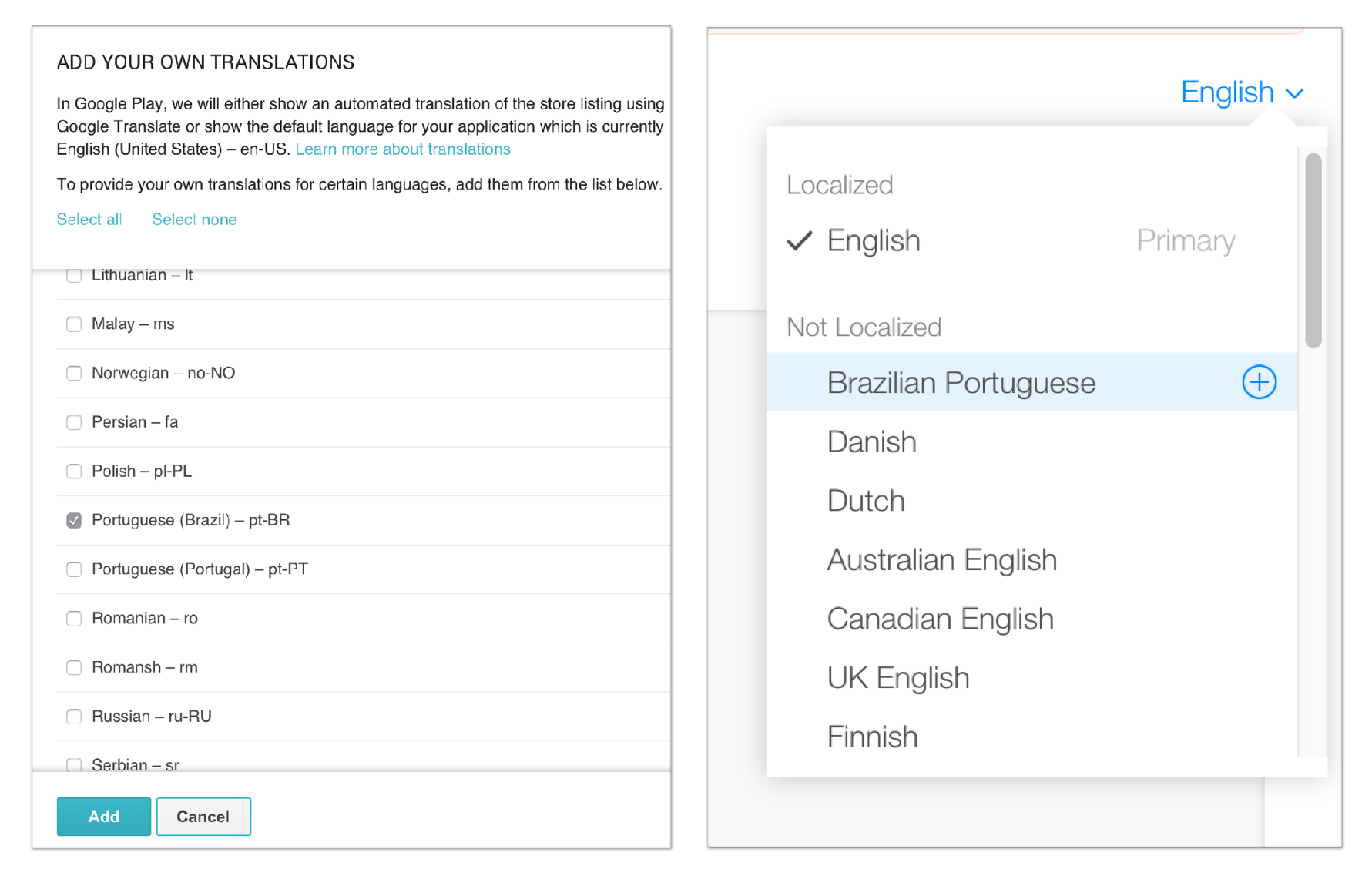 Translating into Brazilian Portuguese can be tricky

Be aware of grammatical genders

The Portuguese language utilizes a gender system (masculine and feminine), which will affect nouns, adjectives, and pronouns. When preparing text for translation, you need to make sure that your string wrapping supports Portuguese grammar rules. Alternatively, you can ask for a gender-neutral translation. Gabriel G., one of OneSky’s Portuguese translators, points out that the default gender in Brazilian Portuguese is the masculine form, which can be used when you’re trying to reach both genders.

Translations are usually 30% longer than English

After it’s been translated into Brazilian Portuguese, text tends to be 30% longer than it was in English. Make sure that the translation doesn’t break your user interface! Set your text display on autofit, and consider conducting on-device testing.

It’s not just words that need translation—numbers and currencies also differ from country to country. In Brazil, the date format is DD/MM/YYYY. Users will be tripped up by the American MM/DD/YYYY. In terms of time, Brazilians use a 24-hour clock. It’s “21:15h,” not “9:15p.m.”

When it comes to currency, the commas and decimal points are the opposite of the American system. One thousand and five hundred Brazilian reals and 25 centavos, for example, should be written as R$1.500,25.

To make localization easier, store your number data internally and in files, without using a particular format. Instead, use the data type for your programming language.

If you allow user input, collect the day, month, and year in separate fields, and internally build a date data type from these fields. Finally, when you display dates, format them with the right system settings.

Brazil is (mostly) in the southern hemisphere, so the seasons are different.

Christmas in Brazil is hot. A school vacation in July can get pretty chilly. Keep an eye on references to the weather or the seasons in your game, and make sure that the final, localized product is southern hemisphere-appropriate. It helps to ask your translator to pay special attention to any climate-related content. 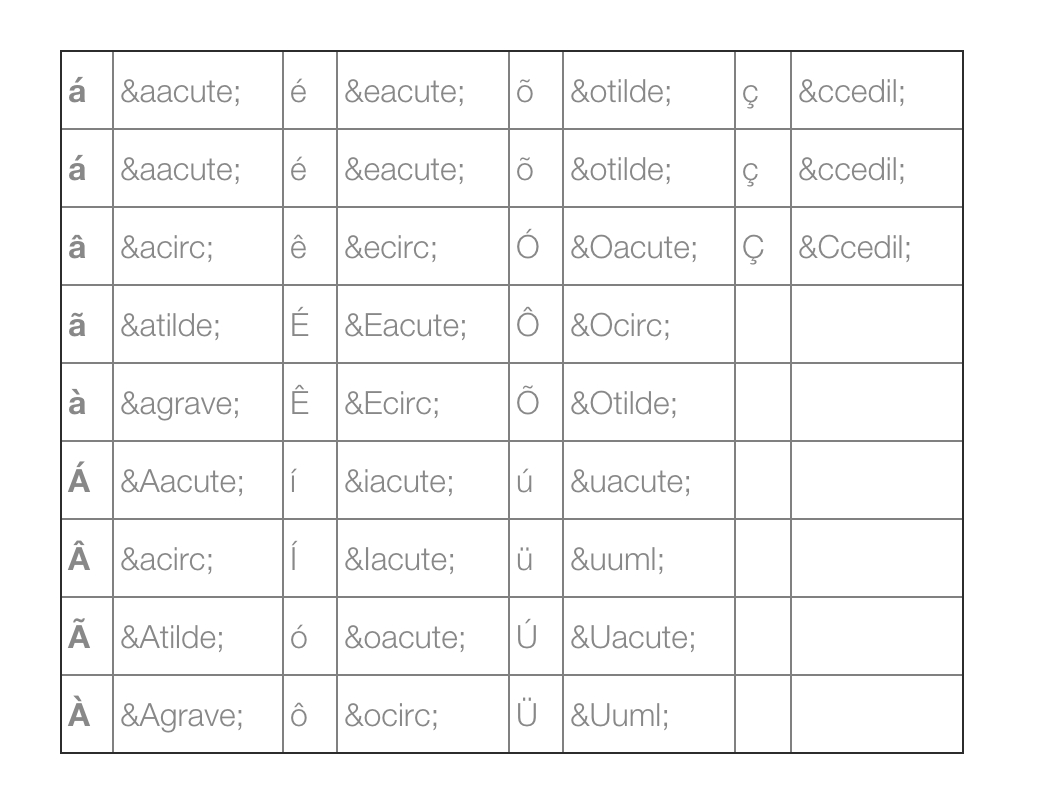 There are a lot of special characters in Brazilian Portuguese, including the rare “õ.” Make sure that your game data and code can handle these characters before you get going on localization.

Avoid adding too much street style

Games localized to Brazil often end up using the slang and terminology of Rio de Janeiro, and a lot of Brazilian gamers outside of the city complain about the Rio vibe. After all, local slang varies widely from region to region. With a proper translation style guide, you can make sure that your translators give you a form of Brazilian Portuguese that’s localized to the whole country—not just one city.

China (deservedly) gets a lot of attention, but if you’re looking to enter a fast-growing gaming market, Brazil is also a great option. With some smart game localization, you’ll be ready to thrive in Latin America’s largest country.