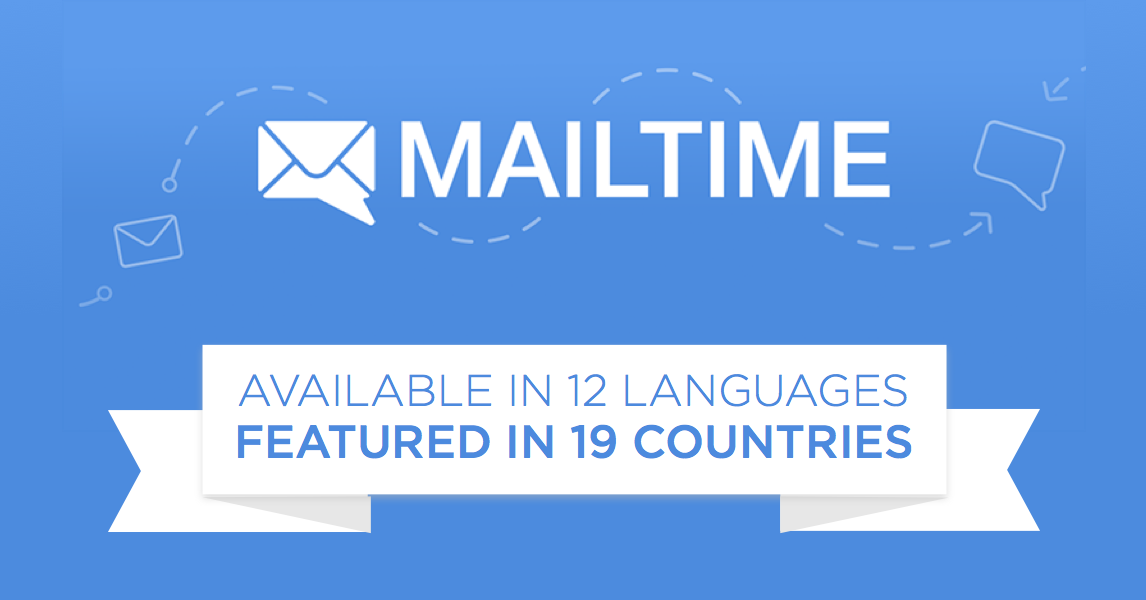 How Localization Leveraged MailTime to Get Featured in 19 Countries

This interview is part of our series “Bring It to the World,” which is crafted for developers of websites and apps that offer localized versions to users worldwide.

We’re catching up with some of OneSky’s best-known users in order to ask them about their localization experiences, and to discover some of their secrets about building a global presence. In this instalment of the series, we chat with Charlie Sheng, CMO of MailTime, an email messaging app.

MailTime now supports 12 languages, including Chinese (in which the app is called 简信), Japanese, Russian, and ten email providers, including all major email services like Gmail, Outlook, Yahoo Mail and services like Mail.Ru, QQ Mail and 163 Mail, which are popular in Asia and Russia. It will soon add another 7 languages to their service.

Sheng said the launch of new version took just 10 days to reach 20k downloads, while the previous version took 5 months. MailTime has been featured in 19 App Stores in US, China, South Korea, and almost all the Asian Pacific countries.

Could you describe MailTime for us in just one or two lines?

MailTime is an open messaging service built on decentralized email technology. Think of it as an email messenger. 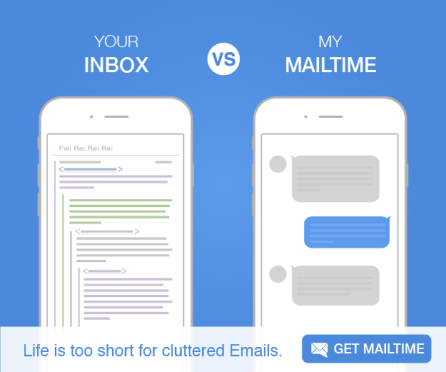 In which countries was MailTime featured in the Apple App Store? Did the free publicity exceed your expectations?

MailTime was featured as a Best New App in Austria, Germany, Switzerland, China, Taiwan, Hong Kong, Macau, Brunei, Laos, Singapore, Vietnam, Cambodia, Malaysia, Sri Lanka, Indonesia, the Philippines, and Thailand. We were also featured on the front page of the Productivity Category in the United States and in some other countries mentioned above. It was fantastic. 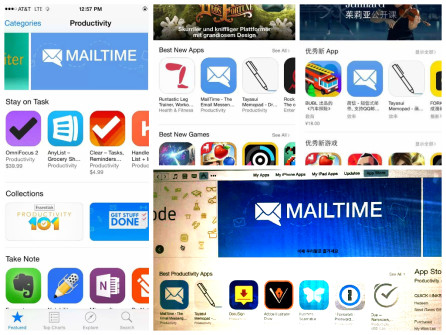 In a blog post, you explain that localization was a key part of what made MailTime Apple’s Best New App. How did you decide to start localizing your product?

We’re trying to disrupt the world of closed mobile messengers, and quite often those apps are geographically limited (Wechat in China, KakaoTalk in Korea, LINE in Japan, Whatsapp in Europe, etc.). We knew that we would not be able to cross borders easily without localization, and we planned on it from the beginning.

Did you encounter any challenges when localizing your product?

In some languages, the translated results turned out to be too long, and they didn’t fit the UI design of the app. This happened to the Russian, Portuguese, German and French versions, so we had to customize the UI and work with the developer to fit the translated phrases. Sometimes we had to ask the translator to change the translations to fit the UI. This took longer than we thought.

Do people around the world use emails differently? Have there been any surprising findings about communication patterns in other countries?

When we first started, we assumed that email is the primary communication tool only in Western countries, and that Asian users are not that into email. Looking at the booming IM market in Asia, we thought that Asian users would never fall in love with email again. We even thought about giving up localizing MailTime in those countries. However, after the release of the new multi-language version, we found that users from China, Japan and even South Korea are very active on MailTime. This has changed our marketing strategy for the new version. 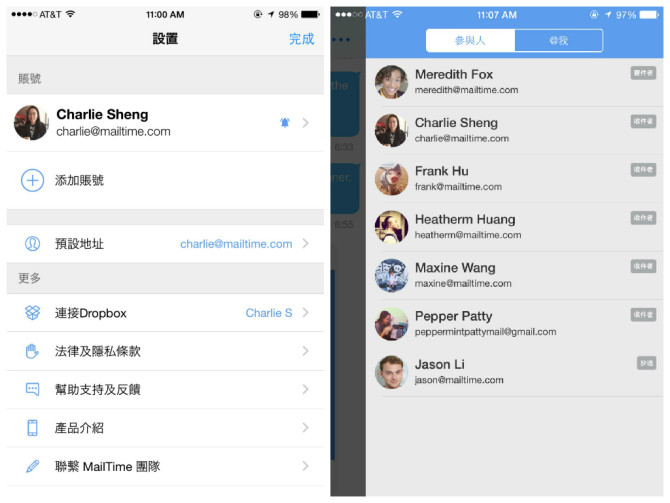 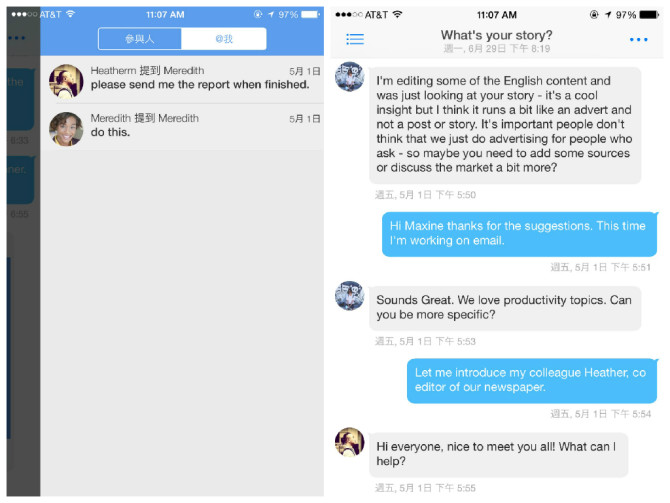 What are your favorite things about OneSky?

That we can work with our preferred translators. It’s not easy to make a translator understand the whole context of the MailTime app from scratch, and it’s great that on Onesky we can work with one particular translator throughout the process. Apart from the UI translation, we will still need help on some smaller translation tasks in the future—future updates, press releases, and so on. The most efficient way to get things done is to work with a trusted and experienced translator who understands the context and the story of MailTime.

How has localization helped to boost your downloads ?

Localization helped increase our app’s daily downloads by 10 times more than the previous version. Localization is only part of the equation, of course. The design and the stability of the update also boost the improvement.

Last but not least, any advice for tech companies who are dealing with localization?

It’s harder than you think, but absolutely necessary! 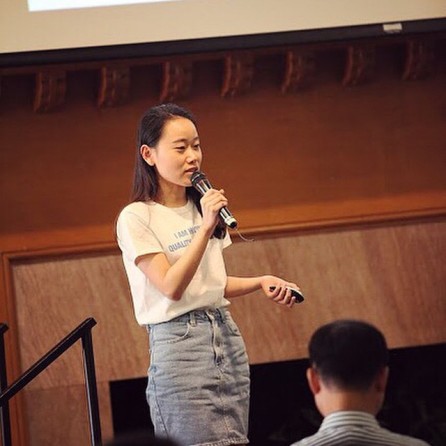 Charlie Sheng is the CMO of MailTime Technology Inc. Follow her on Twitter and connect with her on Linkedin.

MailTime is the Email Messenger that makes email as fast and easy as text-messaging. It reformats your emails into a chat-like view, prioritize important emails, and help you easily assign and track tasks directly in your inbox.