According to the data released by Flurry, China has overtaken the U.S. to become the top smart device market (in terms of the number of active iOS and Android smart device, including both smartphones and tablets) in the world.

In January 2013, the number of active iOS & Android smart devices were roughly the same in China (221 million) and the U.S. (222 million). But with the much faster growth rate in China, Flurry estimated that China would surpass the U.S. by the end of February 2013.

Flurry also commented that they believed China would continue to take the lead due to the huge difference in population for the two countries (China population is over 1.3 billion while the U.S. population is only over 310 million). 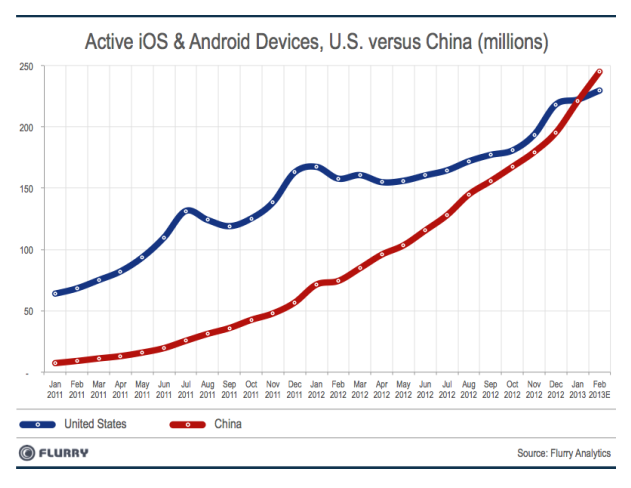 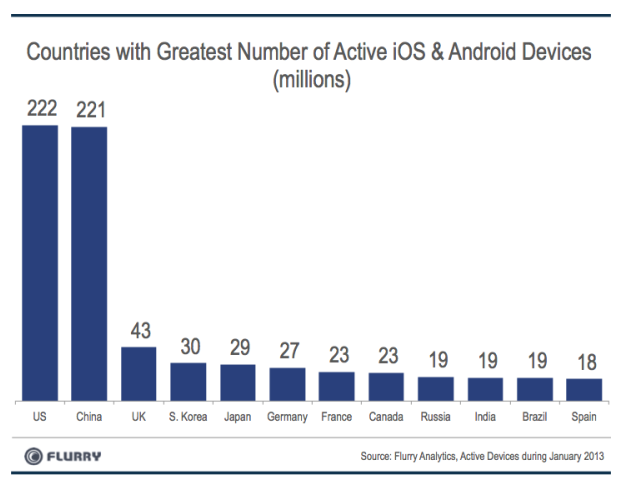 Localizing your app is important to capture the China market 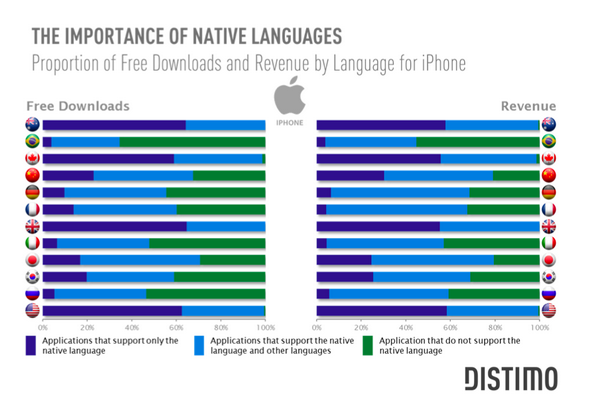 Translating your app is easy with OneSky.