What No One Tells You About Vietnam’s Mobile Game Market

Everyone knows about Flappy Bird, the number one iOS app in more than 100 countries. The addictive, animated game is the brainchild of Dong Nguyen, a young Vietnamese developer based in the country’s capital, Hanoi. Nguyen recently pulled the game from the market, but it’s still clearing $50,000 in profits each day.

There aren’t many games in the world like Flappy Bird. But its success is not entirely a fluke. Vietnam has a vibrant mobile gaming scene—one that’s often ignored by Western developers. In this post, we’ll share the details you need to know about Southeast Asia’s rising gaming power.

Vietnam is a mobile-first market, with growing connectivity to the Internet and a huge pool of enthusiastic and potential gamers.

With more than 93 million people, Vietnam is big (it has more than twice the population of Spain). It’s also experiencing the second fastest mobile growth of any market in Southeast Asia. In terms of smartphone growth, Vietnam is the second fastest growing in the world, right after China. Smartphone sales volume is up by 59% compared to the first quarter of 2013. And with just 23.25% smartphone market penetration, there’s still room to grow. 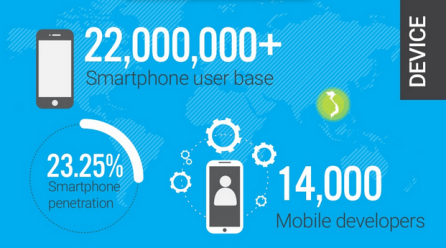 They also spend plenty of time hooked on their smartphones. With more than 5 hours on average, user acquisition would just land into your lap. 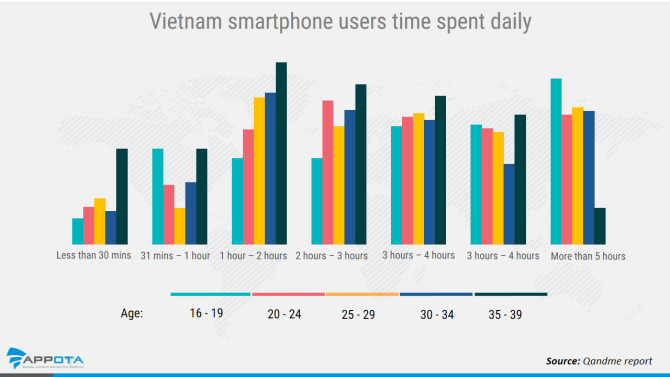 As in many developing countries, Vietnamese users prefer Android, which holds 68% of the market.

As smartphones sweep across Vietnam, mobile games are thriving as well. There are at least 20 million gamers in Vietnam, and more than 10,000 mobile games (for both offline and online use) available in Vietnamese apps stores. Games are the most-consumed content for app users. Approximately half of Vietnam’s 350 million app downloads have been for mobile games, which are responsible for 60% of smartphone revenue in the country.

Flappy Bird isn’t alone, either, as a local success story. A number of casual, Vietnamese-made games have gained global success, including Ninja Revenge from Divmob, School Cheater from Buoi Studio, and Jump Jump from M.D. Studio. 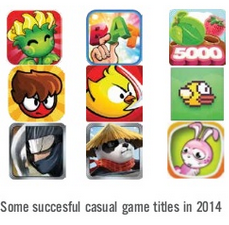 All of these new smartphone users and dedicated gamers are pushing game revenues higher in Vietnam. After Indonesia and Thailand, Vietnam has seen the most game revenue growth in the region. With an annual growth rate of 87.7%, the game market in Vietnam is growing faster than in any other country in Southeast Asia. By 2017, the market will be worth $161.6 million. 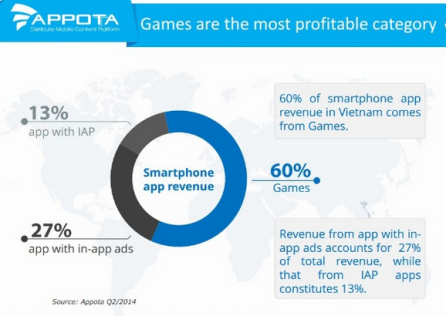 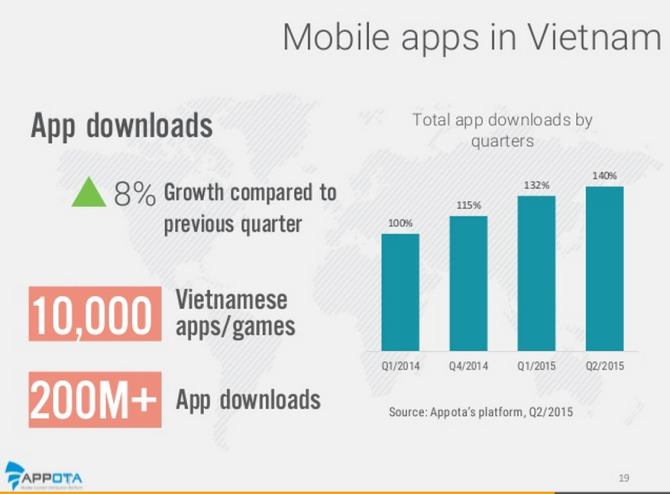 So, where’s all this growth coming from?

Mobile gamers in Vietnam have 2.5 gaming sessions per day, on average. Each day, on average, they play for three hours—especially in the evening, from 8pm-11pm. RPGs are the most popular (and profitable) genre, and there are 35 major RPG titles available in Vietnam. For MMORPG games, the ARPU is US$10, and users have a particularly high retention rate.

What it takes to succeed

For foreign developers looking to succeed in the Vietnamese mobile game market, a little foreign know-how is essential. 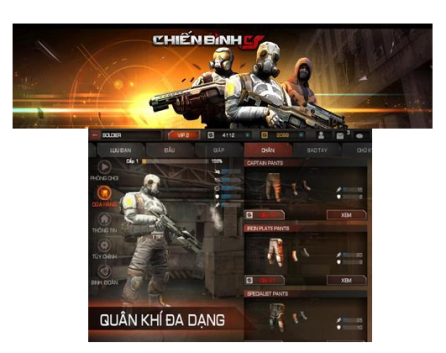 It’s common sense: people prefer to play games in their native languages. And few people in Vietnam speak English (on the 2014 EF English Proficiency Index, Vietnam was classed as “low proficiency”). Any foreign game developer heading to Vietnam will also have to compete with locally produced games, which are working within the Vietnamese language and culture from day one. The country has enormous promise for Western game developers—but localization is a must.

Recognize the influence of Chinese culture

Especially in the RPG genre, Vietnamese users are accustomed to games that show a clear Chinese influence. Like gamers in China, players in Vietnam prefer games related to the Three Kingdoms, Kung Fu, and the novels of Jin Yong. Chinese studios developed many of the most popular multiplayer online (MMO) and player kill (PK) games in Vietnam.

For foreign developers, the safest best is probably the casual 3D MMORPG, which tends to be an easy fit with the Vietnamese market. 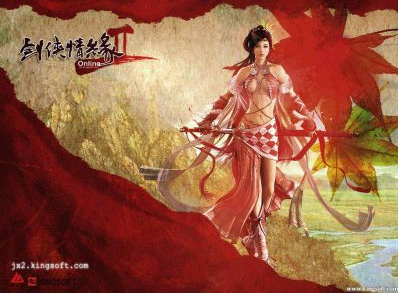 As if often the case with a new country, it helps to get to know key local players, who can be potential partners as you tap into a new market, especially in Vietnam where government strictly rules the “game”. Foreign developers ought to establish partnership with a local company in order to publish the game in Vietnam.

Here are some of the key players in Vietnam’s mobile game market today:

Social media preferences vary widely from country to country. But wherever you go, social networks are key to successful digital marketing.

For developers looking to build a community of engaged gamers, OnClan is a major resource. A social mobile gaming platform, OnClan lets gamers talk to each other, post tutorials, share their achievements, and recommend new games. It’s the Facebook for gamers in Vietnam, and an essential resource for developers trying to succeed there.

Do you still have questions about the Vietnamese mobile game market? Have experiences with Vietnam that you’d like to share? Let us know in the comments!

Wait. Don’t you want to master mobile game localization, too? Get this e-book for FREE!