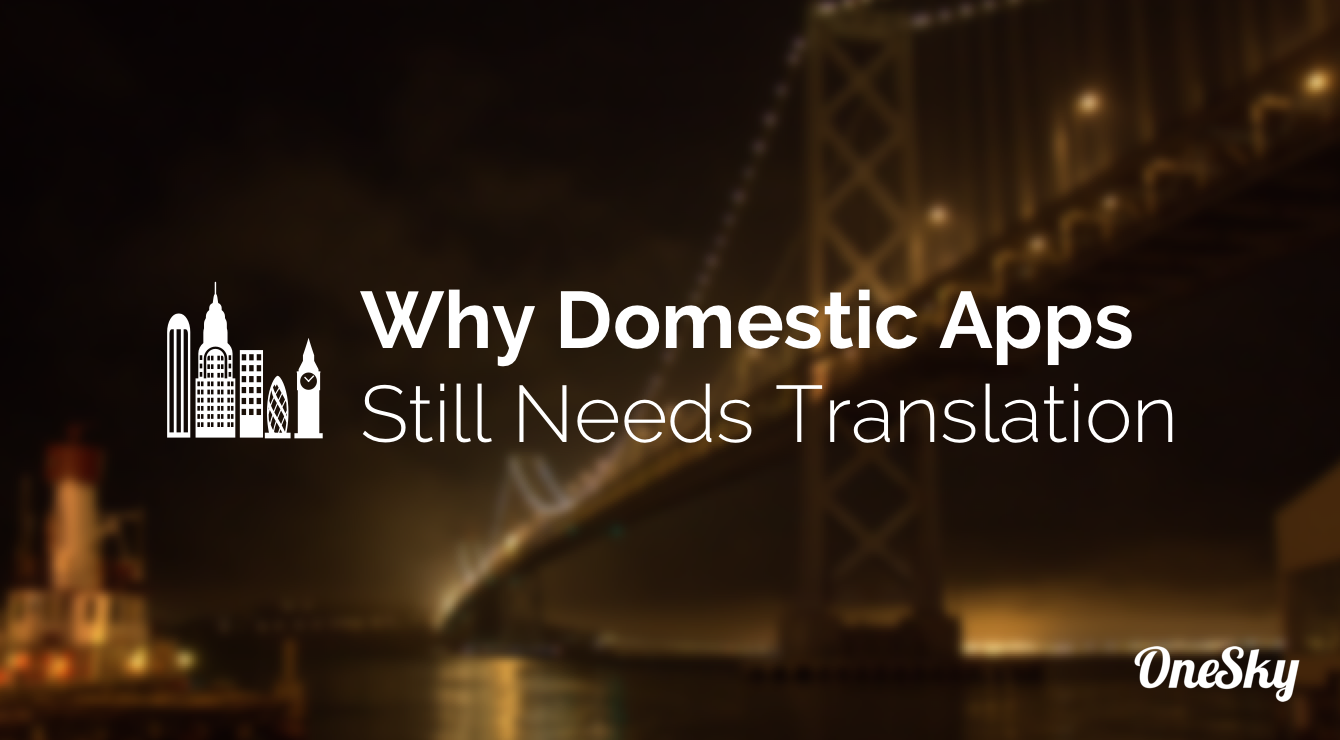 Let’s say you have an app that’s specifically designed for users in the USA, or the UK, or other countries where English is their primary language. Would you still need your app translated then?

In an English-dominated market, translation is probably the furthest thing from your mind, so why would you need to translate an app into another language?

Fair question. And the answer might be unexpected. Even if you never plan to go overseas, translation can open up important new markets and expand your app’s reach in a larger way. English isn’t the only language spoken in North America and the British Isles. And you can definitely miss major business opportunities by keeping your app monolingual only.

Even though English may be the official language in some places, the USA and UK have polyglot cultures. There is a huge population of Chinese-speaking citizens in California and Spanish-speaking citizens in Texas, amongst thousands of other language communities across North America. So, ideally it’d made sense to think about other languages to localize no matter which country you’re in.

A linguistic map of London looks something like the United Nations. For example, thousands of people in Wales obviously prefer speaking in their native tongue; Welsh. In Canada, some Quebecois would be happy never hearing anything other than French. 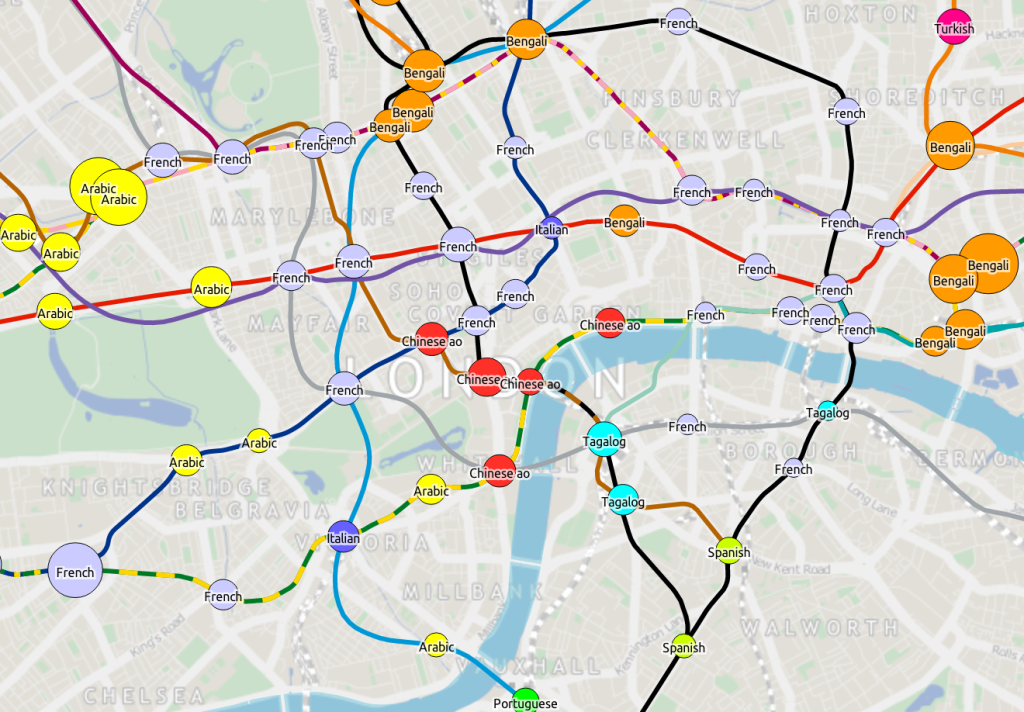 In the United States, the Hispanic market in particular is enormous with purchasing power that will reach $1.5 trillion (yes, trillion) in 2015. Spanish isn’t always applicable to use for every product, but Spanish translation offers a boost to many businesses. The Spanish market is continuing growing and by 2050, a full 30% of the United States population is projected to be Hispanic.

According to a study from Common Sense Advisory, 72.1% of consumers spend most of their time on websites in their own language. And 72.4% of consumers say that they are more likely to make a purchase if information is available in their native tongue. As a result, the ROI of translation can be high, even in English-speaking countries.

Even a hop from one English-language market to another can require a bit of localization. British English and American English are similar in some aspects, but they aren’t exactly the same when it comes to certain spellings and pronunciations. For example, someone in Minnesota would say “take the elevator to the first floor to the theater,” someone in Brighton would likely say “take the lift to the first floor to the cinema.”

If you do translate your app within an English-dominated market, it’s better not to have English, Arabic, and Spanish versions of your app (or whatever). Instead, the ideal strategy is to offer an English-only version, and then a series of bilingual versions (Arabic and English, and Spanish and English, etc.). That way, people who don’t speak English can use your app with ease, but your many bilingual users can enjoy access to text in their native tongue, while being able to confirm and double-check things in the original English.

Your app might be traveling to other countries. But people from other countries are also coming to you. A little translation can go a long way toward opening up new markets.

Do you have experience translating your app within an English-speaking country? Do you have any advice for others trying to do the same, or is there anything important that we’ve missed? Let us know in the comments below!