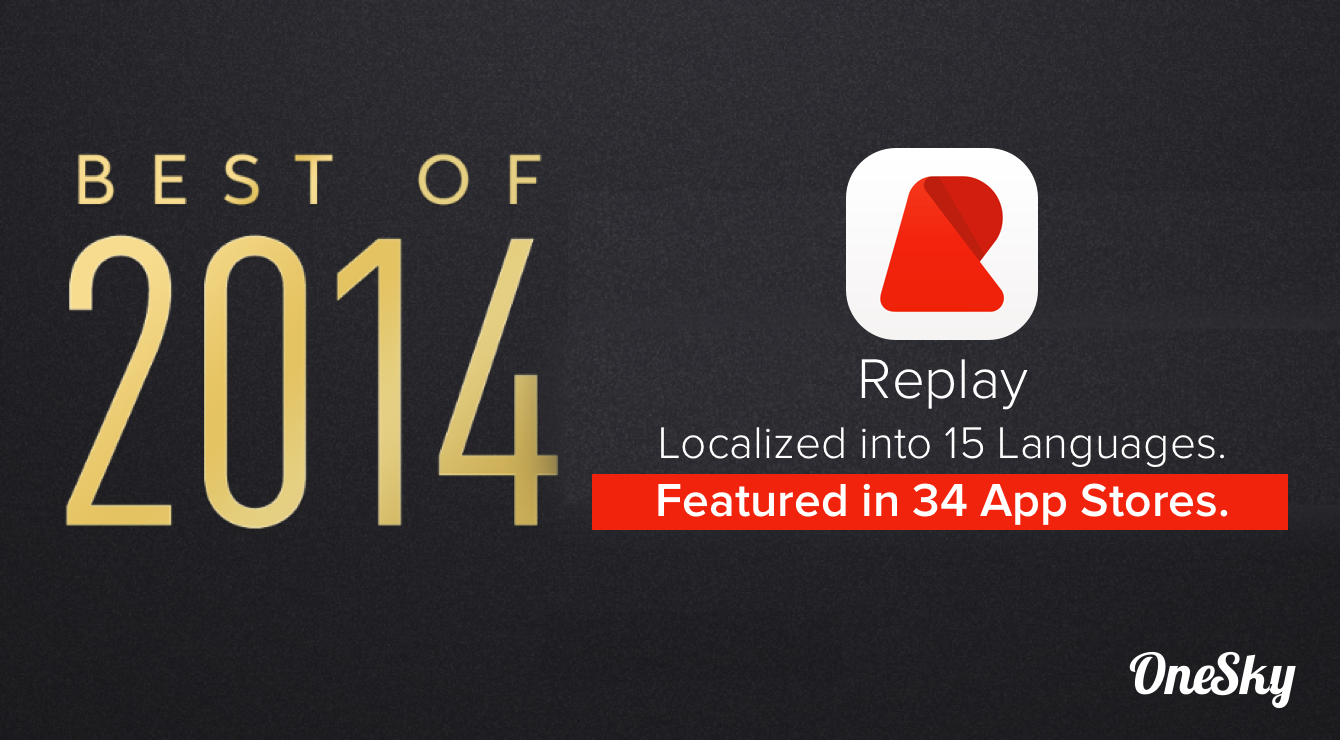 How Replay, Apple’s Best App of 2014, Leveraged Localization Like A Boss

This interview is part of our series “Bring It to the World,” which profiles websites and apps that offer localized versions to users worldwide.

We’re catching up with some of OneSky’s best-known users in order to ask them about their localization experiences, and to discover how they’ve made their product appeal to a global audience. This week we interviewed Matthieu Rouif, senior software engineer at Stupeflix that makes Replay, a video-taking app which was recently featured as Apple’s Best App of 2014 in 34 countries.

1. Can you tell us more about the countries in which Replay was named Apple’s Best App of the Year? Were there any surprises?

Replay was featured as the Best App of the Year in more than 30 countries, including China, Brazil, and most of Europe. We were mentioned as a runner-up in all the other app stores. Apple didn’t warn us, so the recognition was a wonderful surprise. We’ve been featured a few times before in App Stores around the world, and, more importantly, we were on stage for the launch of the last iPad, so we knew that Apple liked our app. But featuring it in this way was a total surprise.

2. Replay is currently available in 15 languages. Is localization part of Replay’s success?

When you are featured in so many different countries, paying attention to localization is paramount. In some countries, such as Russia, there’s no way your app can be successful if it’s not localized.

3. How did your team decide to localize Replay? And how did you choose your target languages?

Part of our team is based in Paris, so we wanted to develop Replay in French and in English, at least. Once you’ve done the localization coding work for two languages, it’s doesn’t take much work to add more languages. Besides, Apple takes care of the distribution, so there is really no excuse for us not to localize the app into more languages. We chose to target 15 languages because we wanted to reach most of the iOS market. We chose the biggest iOS populations. We might expand our reach later on.

4. How did your team plan a localization strategy?

Replay videos are intrinsically viral, so we don’t have to do a lot of marketing in new countries. We see localization as a way to enlarge the market for our app. Some countries are bigger users of video apps, but it’s difficult to predict which. For instance, photo/videos apps are better ranked in Brazil than in most countries, and we didn’t know that when we first launched.

5. How has localization helped your app so far?

It’s difficult to tell exactly how localization helps, but being featured and successful in many countries goes hand in hand with good localization. Besides, localization greatly increases retention and transformation in localized countries.

“Do at least two languages early on, so that when it’s time for localization most of the architecture is already in place.”

6. How did you choose OneSky to be your localization partner?

We discovered OneSky through a feature on the Apple website, and we met with the team afterward. We also saw them at the App World Congress in San Francisco. OneSky was a great solution because it provides both translators and the technology. It’s really a turnkey solution for localizing apps.

7. What were the biggest challenges you encountered when localizing your app? How did you resolve them?

We’ve seen two big challenges in the localization process. First, you have to be careful with your UI, because character and text length varies a lot, depending on the language. For instance, German text is often twice as long as text in English.

The other challenge is that localization involves different teams at Replay—both marketing and programming, for instance. We created a process that allows the developers to create new text when necessary. Then the marketing team fine-tunes the English version before launching the localization process on OneSky. The process is great. It’s never a pain to create new phrases in the app, which can sometimes be the case. We were able to put this process in place thanks to OneSky API.

8. With four million active users around the world, what’s your next move for international expansion?

As I said, Replay is intrinsically viral, so with all these new users, we’re having a lot more videos being created. That’s great for our marketing. People are also recording more and more videos, and Replay gets even better, since video content is the key to Replay. We also have a few secret features that will launch in the coming month that our users are going to love.

9. It’s amazing for an app to achieve so much in the first year after its release. Do you think it’s a good idea for an app to localize early?

We think that one should always have localization in mind. It’s such a pain to change everything once you’re already far along in the development of your app, whereas it doesn’t cost much to do it early. Do at least two languages early on, so that when it’s time for localization most of the architecture is already in place.

10. Any advice for tech companies who are considering localization?

It’s easy for tech people to underestimate localization because we often work in English. Try to empathize with your users. If some are children or elderly people, there is a good chance that they don’t speak English and will benefit a lot from localization. It’s much easier to triple your potential market by translation than by doing Android, for instance.

Then it depends on how much content you have to localize. If you don’t have a lot of content, localize early.

Last but not least, localization is more than translation. Never forget this.

Do you have experience about app localization that you would like to share? Is there anything important that you think we’ve missed? Let us know in the comments!

Replay is a video-taking app developed by Stupeflix Studio. It allows you to merge photos and videos into beautiful video memories. It was shown as a third-party editing app during Apple’s release of the iPad Air 2. Localized into 15 languages, it was featured as The Best App of 2014 in 34 iTunes stores. 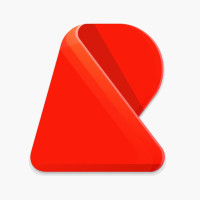 Matthieu Rouif is a senior software engineer at Stupeflix. He works mainly on the iOS apps Replay and Steady. Previously, Matthieu co founded two mobile startups As-App which developed games and applications for ski resorts (acquired) and HeyCrowd which is a social survey app. He is a graduate from Stanford University and Polytechnique Paris. Follow him on Twitter (@matthieurouif). 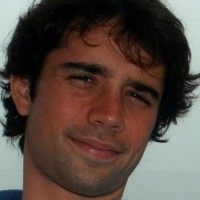