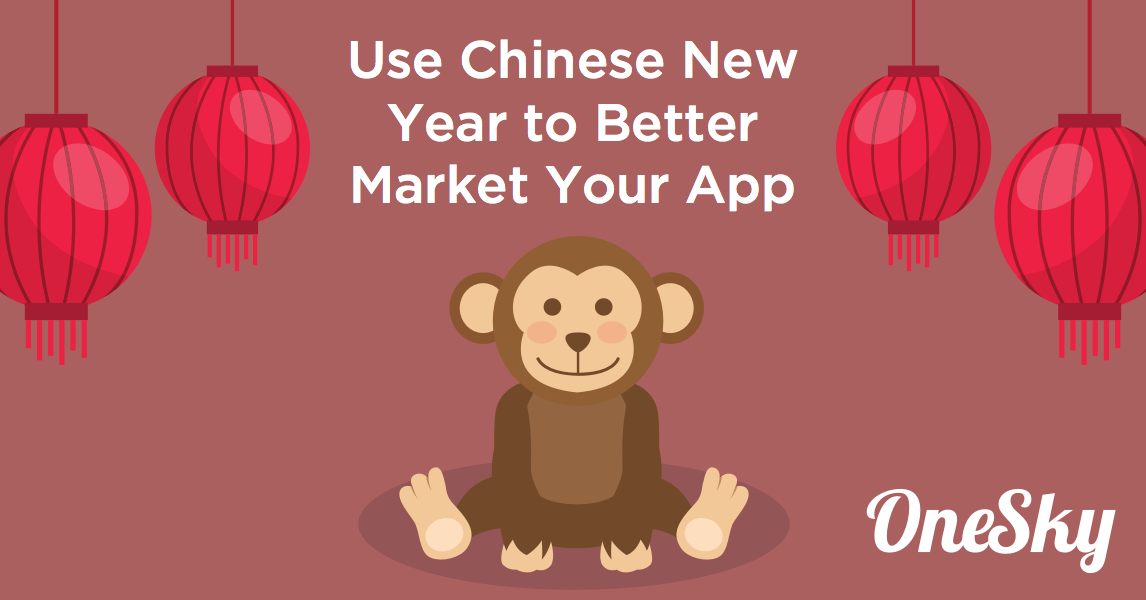 In just a few weeks, there’s going to be a gigantic event: one that tons of people will participate in, that inspires a lot of celebrating,  and that has huge potential for retail and advertising.

No, not the Super Bowl. We’re talking about Chinese New Year, a major, week-long event celebrated by the entire Chinese community, beginning on February 7, 2016.

And since the Chinese community numbers over 1.3 billion people, that makes it a pretty big deal. Last Chinese New Year (CNY), the holiday tallied up retail and restaurant sales of RMB 678 billion in mainland China over its seven days. That number converts to US $104.6 billion….or, for context, double the amount spent by Americans on the week of Thanksgiving (and Black Friday!) the year before.

So, how can you make sure that your app benefits from all this excitement? In this blog post, we’ll give you more details about the festival, explain how the Chinese app scene has tapped into CNY celebrations, and share some tips on what you can do to join in on the fun too.

Chinese New Year–also known as Spring Festival–is celebrated at the turn of the Chinese calendar. It’s seen as a time to honor deities and ancestors.

Since the calendar is lunar, the exact date varies each year, although it usually happens in February; this year, celebrations begin on February 7th, which is the eve of the new year. And, since it is celebrated in pretty much every community, country, and territory with a significant Chinese population, CNY is a worldwide party, with gigantic events in mainland China, Hong Kong, Macau, Taiwan, Singapore, Thailand, Cambodia, Indonesia, Malaysia, the Philippines, and Chinatowns all over the globe.

What do you celebrate with?

As with any good holiday, there are certain symbols and phrases that it’s good to be aware of. The key ones to know for this year are: 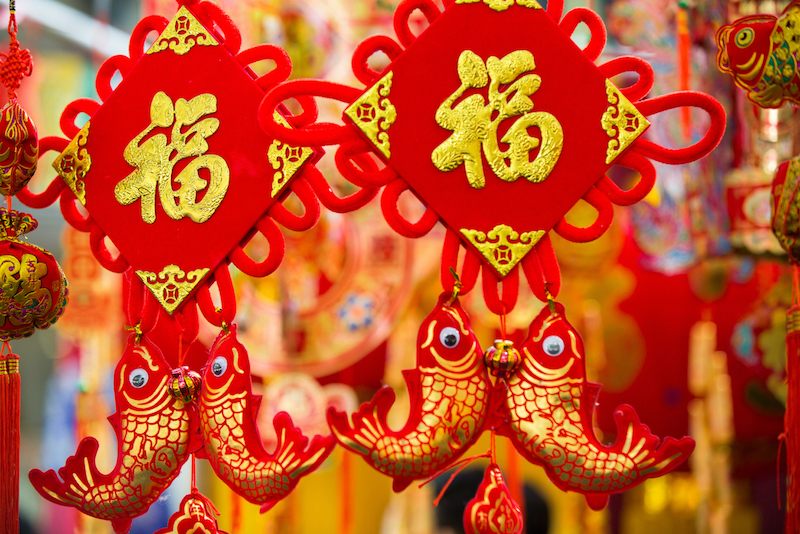 …And how do you celebrate?

Family together, a clean house, gifts: you have to start the new year right.

Traditionally, Chinese families gather for an annual reunion dinner, and the new year is seen as the time to thoroughly clean your house. Another notable activity is the giving and receiving of red envelopes full of money, called Hongbao. These symbolize good luck, and are believed to ward off illness and evil spirits in the coming year. Usually, married people give them to single people, with the latter gently requesting the envelopes by wishing blessings on the givers. 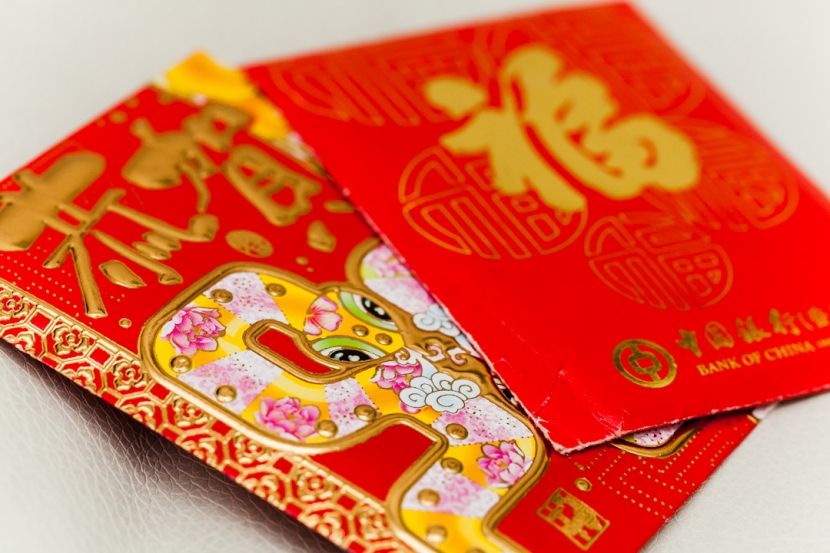 Although the traditions persist, nowadays CNY is also seen more generally as a festival of “happiness.” And happiness often involves spending; according to a 2014 survey conducted by NetEase and 163.com, a third of Chinese people will use their money to go to a party, and 27% will buy clothing or go shopping.

And we’re not talking small amounts. As we mentioned before, there is an enormous Chinese population in the world. Couple that with the rise of the middle class in China, and you have a perfect storm: billions of people who are excited (and willing) to spend–and many who have the money to actually do so.

Unsurprisingly, a number of Chinese tech giants realized the huge market potential–and did their best to capitalize on it. But Tencent was the one who did it best. Here’s how:

On January 17, 2014–right before the beginning of Chinese New Year–Tencent launched an app called “WeChat Red Envelope” (WeChat Hongbao). The app allowed WeChat users to give red envelopes to their friends, relatives, and connections, and to receive them in return. 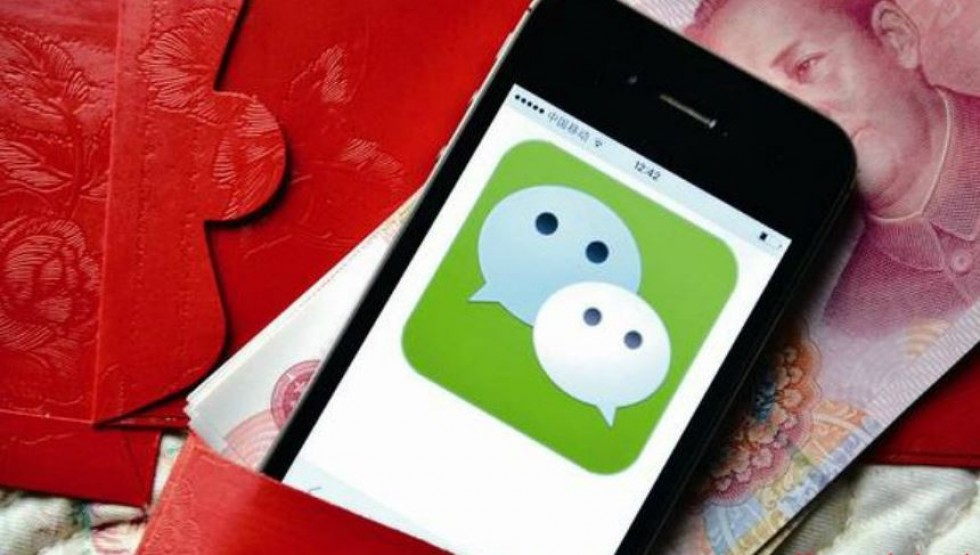 Note that this feature was, in itself, a big step for Tencent: it was their first foray into mobile commerce and payment functionality for WeChat. Before they created the app, they weren’t even a player in this market. Alibaba’s Alipay was dominating the scene.

The Twist: Make it a Game

However, WeChat Red Envelope was not just a way to send and receive gifts. It was also a game. A sender could send envelopes containing various amounts to a circle of friends, with a “first come, first serve” setting. Then, the whole group would get to compete for the red envelope with the highest value. The app started getting some buzz.

Then, in 2015, WeChat partnered with the Spring Festival Gala (a major TV program, airing on the eve of CNY) and introduced another exciting game feature to the mix: the WeChat Red Envelope Shake. During the gala, viewers were invited to shake their smartphones for a chance to win red envelopes. And we’re not talking small change. A total of 1.2 billion red envelopes, worth over half a billion RMB (US $83 million) were sent out during the promotion. 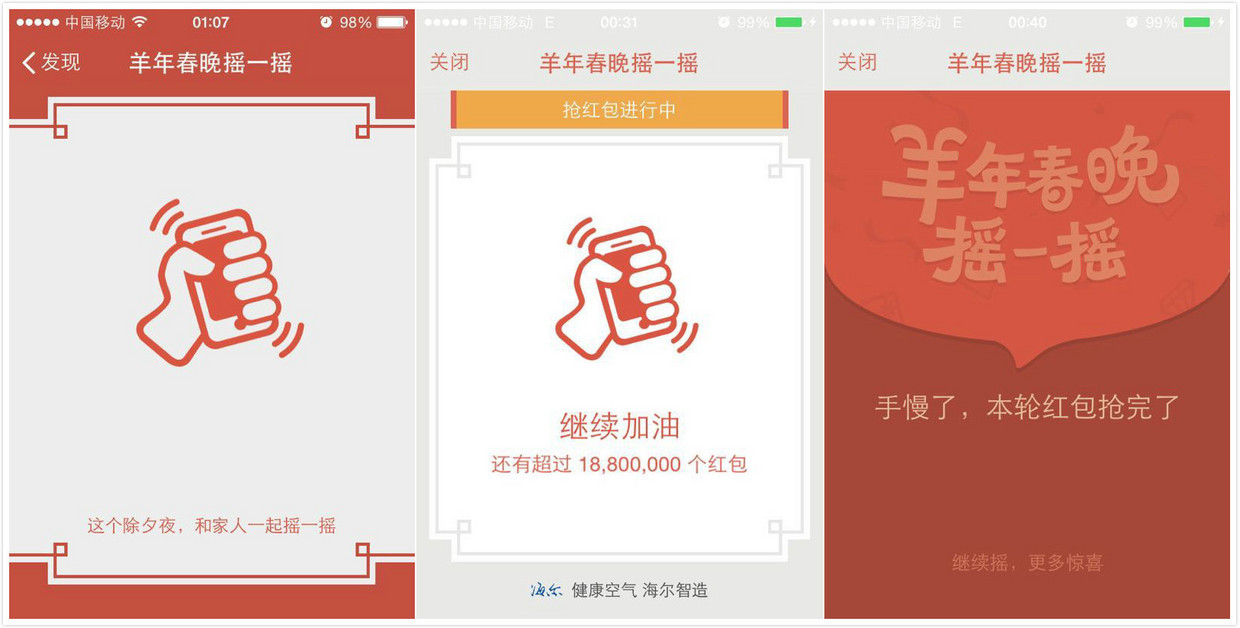 The game hijacked the show. Instead of watching, viewers everywhere began shaking. Some people shook multiple smartphones to increase their chances of winning. Others put all their smartphones and tablets into a sieve, so they could shake them simultaneously. The number of shakes during the gala promotion climbed to 11 billion, with a peak of 810 million per minute.

The Payoff: Instant User Base

Needless to say, the promotion worked. Alipay may have built a strong user base over time and emerged as a market leader, but now Tencent had guaranteed that everyone would know about its mobile payment abilities. Tencent’s seasonal campaign effectively convinced millions of WeChat users to try out their version and, in doing so, built in a month the same size user base as Alibaba had built over years.

Get Your App Ready for CNY

Decorate for the holiday.

We’ve told you the symbols….now use them! Consider incorporating red as a theme color, and don’t forget about those monkeys. (The latter is particularly good if you already have a monkey character in your app or mobile game.)

Not sure where to start? Shutterstock has some good images, that you can use for inspiration–or just use.

But how will your users know that you’ve decorated for the new year? A timely push notification can draw users to your app. Impress them by using a common holiday blessing; to make sure that you’re wording it correctly, ask your local team (or Chinese localizers) to write one for you.

Learn from Tencent. Capitalize on the red envelope custom.

True, you might not start a nationwide craze. But, by allowing users to send gifts to their friends during CNY, you can monetize your app. Make the option particularly tempting by offering a seasonal discount.

Localize your app into Chinese.

Wait, what? Your app is still only in English? Then forget about getting in on Chinese New Year.
Many Chinese speakers are not comfortable using English, which means localization is crucial for success. We recommend Simplified Chinese, as that will allow the greatest portion of the population to understand your app. And language might not be the only issue; China also has an unusual system of distribution channels, including the almost total absence of Google Play. Read this blog post to learn more.

Not familiar with localization in general? Don’t worry, we have you covered there as well. Start with this guide, and browse our blog for more tips.

How are you celebrating Chinese New Year? We’re particularly curious about how you’re using your mobile app or game to do so–but, if you have a personal CNY story to share, we’d love to hear that too. Let us know in the comments below!

From the entire team of OneSky, we wish you 恭喜发财 (Good Luck and Prosperity).