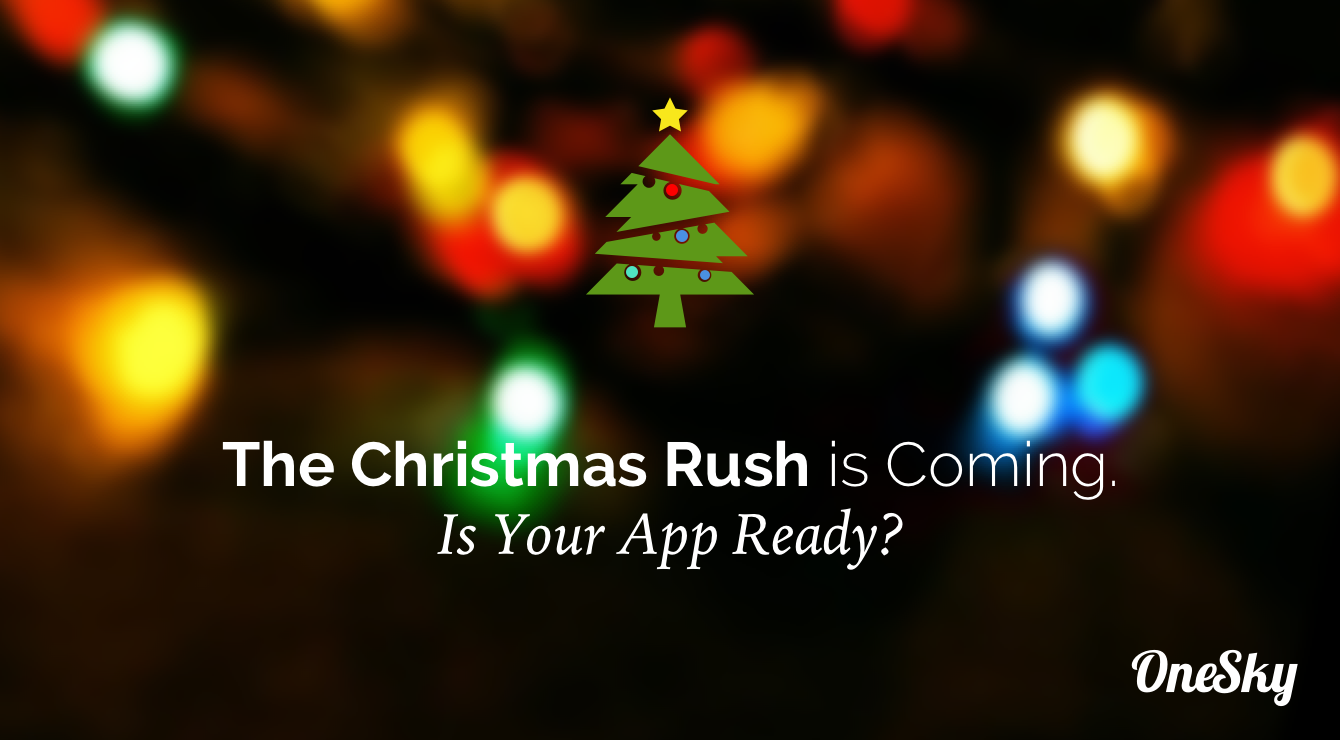 How to Boost App Downloads this Christmas

The Christmas season doesn’t just bring a windfall for kids. It is also a joyful season for app developers. In this post, we’ll show you why and how to boost app downloads this Christmas.

Yes, it’s going to be a smartphone Christmas—globally

With the recent release of the iPhone 6 and the iPhone 6 Plus, millions of Apple fans are looking for an upgrade. Over at KGI, analyst Ming-Chi Kuo predicts that Apple will sell more than 71.5 million iPhones this Christmas. That number may sound staggering, but he’s not alone: other analysts are predicting sales of between 60 and 70 million phones, globally.

The sales boom is not just for iPhone, but smartphones in general. IDC reports that smartphone vendors shipped 327.6m devices in Q3 2014, a 25.2% growth compared with last year. The global hype for mobile is still on, and a smartphone is still one of the best Christmas gifts.

By now, we all know that new phones translate to a surge in app downloads. Flurry, a leader in mobile analytics, tracks the global sales of more than 400,000 apps. Last year,

Flurry, a leader in mobile analytics, tracks the global sales of more than 400,000 apps. Last year, they found that downloads were up 91% on Christmas day, compared to an average day in the first three weeks of December. And, as the chart below illustrates, Christmas 2013 had more mobile app downloads than any previous year—a full 11% increase in app downloads when compared with Christmas 2012. 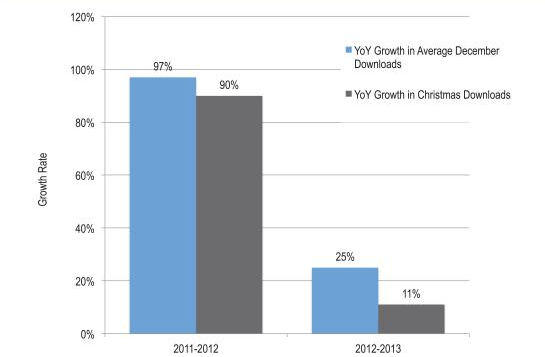 By this point, you’re probably wondering, “Wait, how do I get in on this?” With a few smart moves, you can make the most of the Christmas rush.

Christmas is a season for decoration, and there’s no reason that your app store profile can’t capture any attention with a bit of holiday cheer. Update your screenshots in your app store with a few holiday decorations—a Santa Claus hat, snowflakes, you name it. And don’t forget: Christmas is a great time to thank your users for their dedication to your app.

Keep in mind, too, that Christmas isn’t a cozy winter holiday everywhere! In the southern hemisphere, many people will be enjoying a hot, sunny Christmas. Marketing your app as “a great way to stay out of the snow” may be fine in Canada, but not Brazil.

Also, you should ask your translators to feedback any content regarding their local culture. It is a great way to gauge local customs, and to get a sense of what copies will—and won’t—work during the Christmas season.

2. Enhance your offers with holiday specials

With consumers flooding the market, Christmas is a great time to offer specials that will attract new users. Consumers are used to holiday deals and are on the search for “just in time for Christmas” bargains.

Pay attention to India and China

In some countries, you might need to offer steeper discounts. India and China, in particular, are the biggest growth markets for mobile devices. But people in these countries don’t celebrate Christmas in the same way as many Western countries (China doesn’t even have a public holiday for Christmas). Instead, they treat the day as a major shopping holiday. With less of an incentive to shop for gifts, consumers in these countries can afford to be a bit pickier, so you’ll want to consider offering even bigger deals in order to boost seasonal sales. 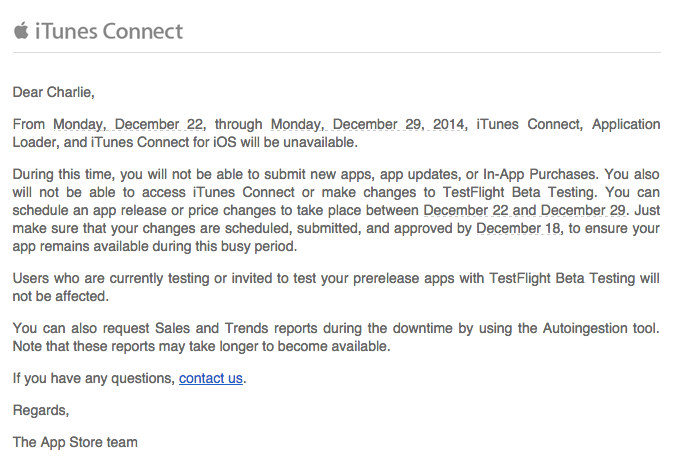 Smart developers plan ahead, because last minute updates aren’t always possible around Christmas time. iTunes Connect closes between December 22nd and 29th, meaning that developers can’t submit new apps, app updates, or in-app purchases during that time. And for new apps and updates that need approval, you have to submit by December 18th. Be prepared!

With good deals and smart promotions, you can ride the Christmas wave. After all, what better present is there than seeing your app’s downloads spike on Christmas Day?

Do you have any good ideas for capturing a part of the Christmas boom? Let us know in the comments.