According to a report released by Flurry, between October 2011 and October 2012, China experienced an impressive 293% growth in number of active devices in the country, making it the fastest growing iOS and Android market by active devices.

Flurry predicted that with this impressive growth, China will overtake the U.S. by the end of 2013 Q1 to become the top country with the greatest number of active iOs and Android devices. 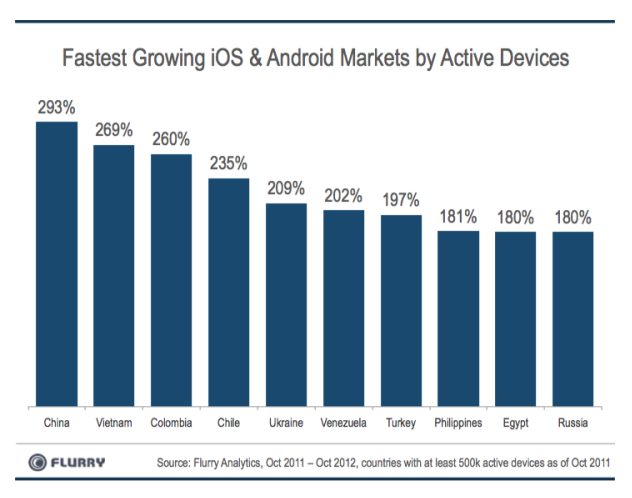 Want to get a share of the thriving market in China?
Localization your app is the key to success!

As mentioned in our previous blog post, users in China demonstrate  a very strong preference for local language (Simplified Chinese). According to the statistics by released by Distimo, nearly 70% of all free downloads and closed to 80% of all revenues generated in China are from apps that offer local language support.

Therefore, localizing your apps into Simplified Chinese is a key to success if you want to get a share of the booming app market in China.

Translating your apps can be easy with OneSky, see how.