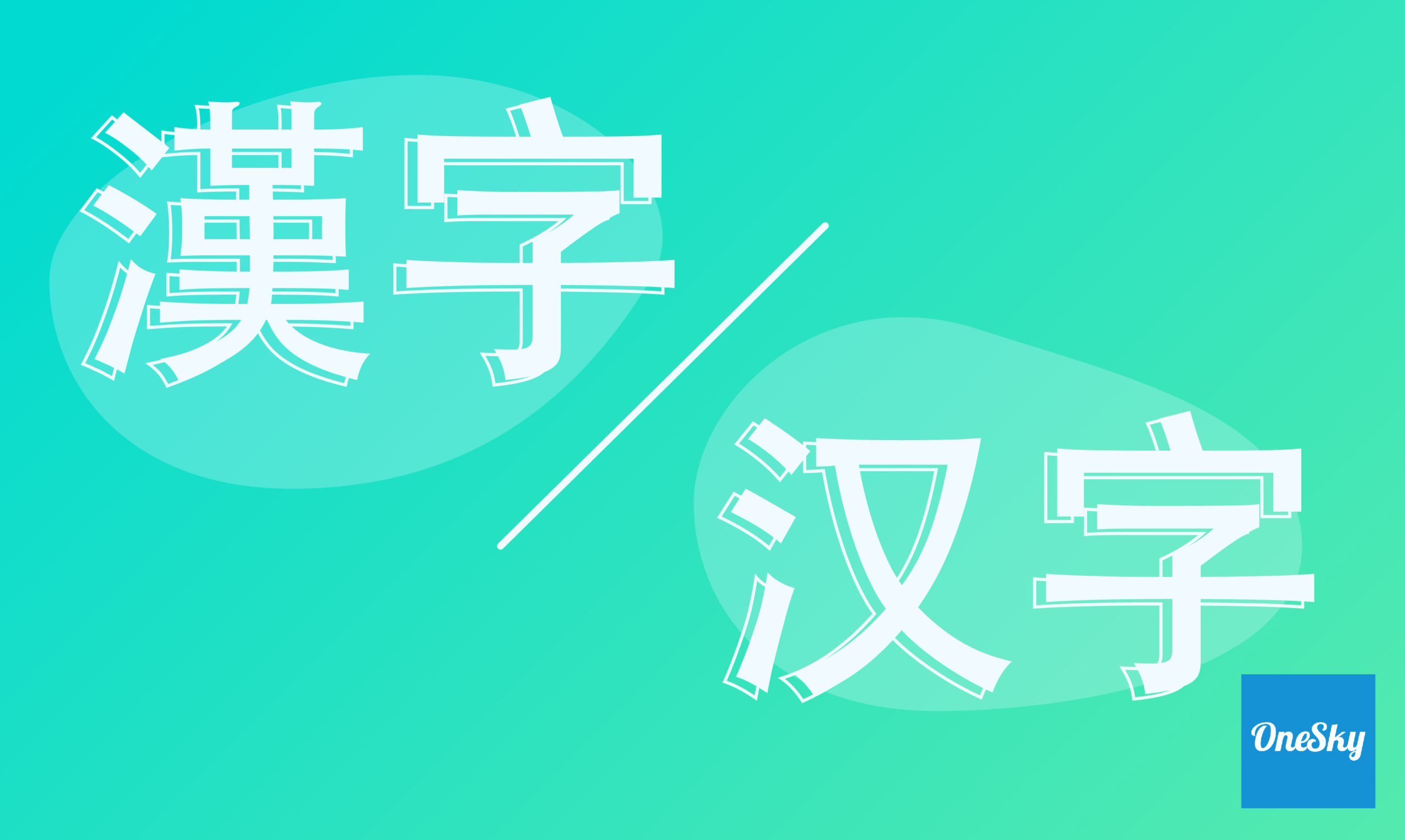 China is one of the largest and fastest-growing markets, with a projected value of $8.4 trillion by 2022 and $12.7 trillion by 2030. No wonder so many companies want a piece of the pie.

To gain a foothold in this competitive market, you must offer a localized version of your product because most people prefer content in their native language.

When you localize your website, app, game, software, etc., for the Chinese market, you’d probably encounter the question: should you use Simplified Chinese or Traditional Chinese?

Here’s what you need to know about the similarities and differences between Simplified Chinese and Traditional Chinese and how to choose the right one for your localization project.

Traditional Chinese has been around since the Han Dynasty (~200 B.C.,) and is still used in Taiwan, Hong Kong, Macau, and many overseas Chinese communities.

However, there are over 50,000 characters in the lexical inventory, many of which are complex in their configurations. Learning to write Traditional Chinese is challenging even for native speakers.

Simplified Chinese was developed by the People’s Republic of China (PRC) in 1949 to increase the country’s literacy rate. It’s now the standard script for people in mainland China, although the older generations can still read Traditional Chinese.

Similarities and Differences Between Traditional Chinese and Simplified Chinese

While there are over 300 dialects in China, they all share the same set of written characters. This is good news because you don’t have to translate your content for every single dialect!

Both Traditional and Simplified Chinese characters are used to write the same language (i.e., Mandarin, Cantonese, etc.) While they generally follow the same grammatical rules and sentence structure, there are some differences in word choice, vocabulary usage, and character sequences.

This character merging process also replaced some characters with other existing ones with identical pronunciations. As such, one character in Simplified Chinese often maps to multiple Traditional Chinese characters.

Lastly, most Simplified Chinese flows horizontally, and readers in mainland China prefer a horizontal layout. On the other hand, Traditional Chinese can flow horizontally or vertically and even both ways on the same page.

Simplified vs. Traditional Chinese: Which One is Right For Your Localization Project?

If you’re localizing content for China, Singapore, Malaysia, and international organizations (e.g.,  the United Nations and World Bank,) choose simplified Chinese. If your audience is in Taiwan, Hong Kong, and Macau, and international immigrant communities, use Traditional Chinese.

It’s typically easier for someone who knows Traditional Chinese to understand Simplified Chinese than the other way around. Meanwhile, the dialect that the audience speaks does not determine which script they prefer. For instance, people in Hong Kong speak Cantonese and write Traditional Chinese, while those in Guangzhou Province speak Cantonese and write Simplified Chinese. 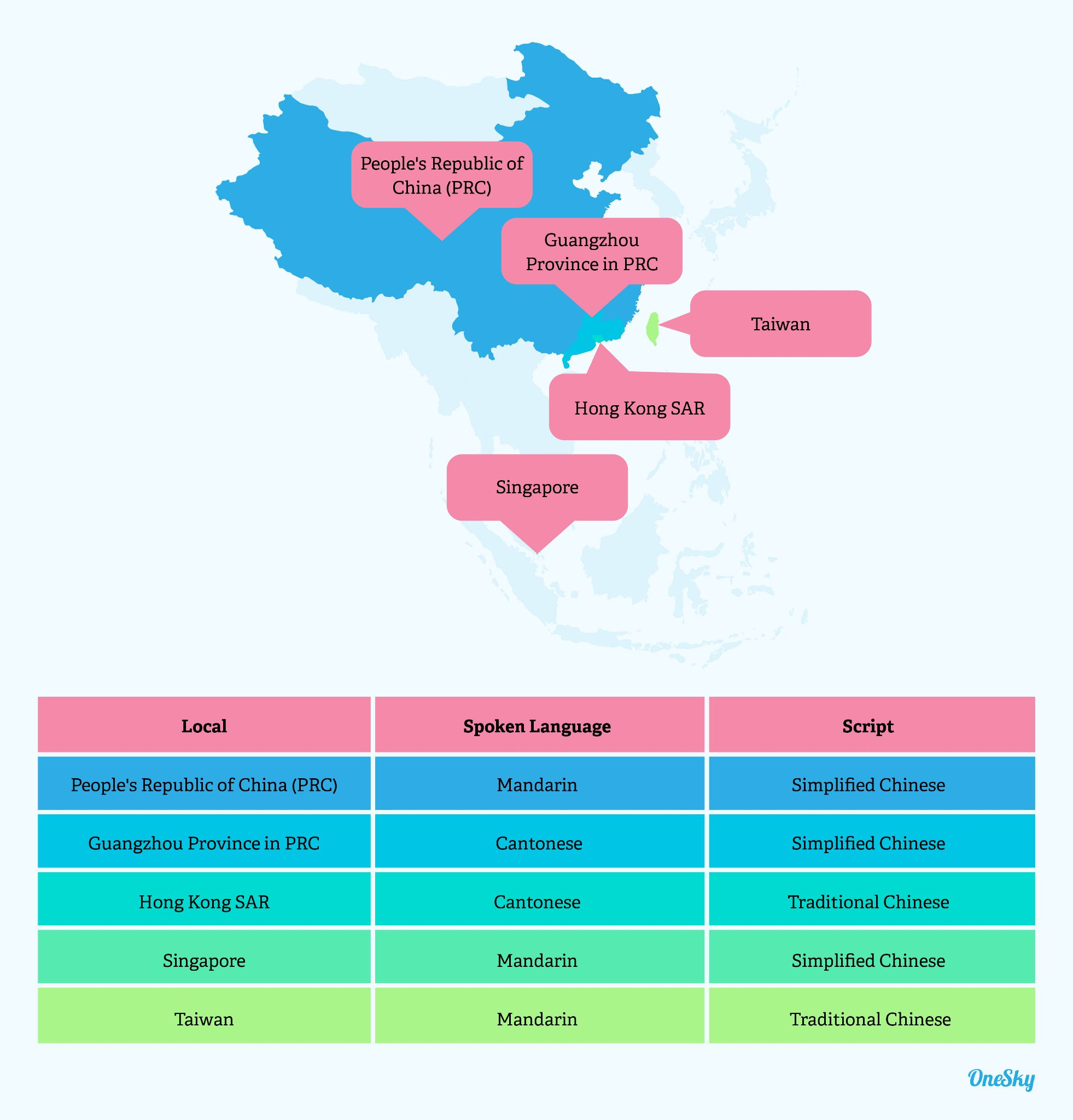 Even though Taiwan and Hong Kong both use Traditional Chinese, their expressions have evolved. Content created for a Taiwanese audience will read less naturally to people in Hong Kong, even though they can still understand it. Therefore, even if you have translated your content into Traditional Chinese, you may need to localize it for various markets to ensure that it resonates with the audience.

Localizing For Your Chinese-Speaking Audiences

To enter various Chinese-speaking markets, you should consider translating your content into both Simplified and Traditional Chinese.

However, machine translation isn’t equipped to handle the differences in meaning, regional usage, and expression between the writing systems. For instance, one Simplified Chinese character could be translated into a few different Traditional Chinese characters, depending on meaning and context.

You should use professional translators who have a sophisticated understanding of both scripts, the local audience, and the subject matter to create accurate translations that meet your business objectives.

The good news is that you can gain access to these experts by working with a language services provider (LSP.) An LSP with experience in Simplified and Traditional Chinese translations can help ensure that your localized content is accurate, resonates with the audience, and complies with local regulations.

Not all Chinese-speaking locales are the same. Besides translating your content into both Simplified and Traditional Chinese, you need to adjust it to meet the preferences of the local audiences.

Using an end-to-end localization management platform can help you streamline the process and handle the many permutations while producing the highest quality content for your needs.

OneSky has created a dedicated system to handle the complex Chinese localization process.

You can automate workflows, communicate with your teams, manage all the translation tasks, get real-time updates, and test your website, app, game, or software all in one place.

Besides robust features such as translation memories, term glossaries, automation, string contexts, and more, you’ll have access to professional translators and a dedicated translation manager to help you navigate the localization process specific to Chinese-speaking audiences.

Try OneSky for free and see how we can help you create appealing content for your Chinese audiences.

After a not-too-short-stint in design and architecture, Ling stumbled into the digital marketing industry. A stickler for simplicity and integrity in communication, she transforms complex ideas into succinct content and compelling narratives that connect and convert. When she isn't making words, she's making many watts on her bicycle named Sparkly.