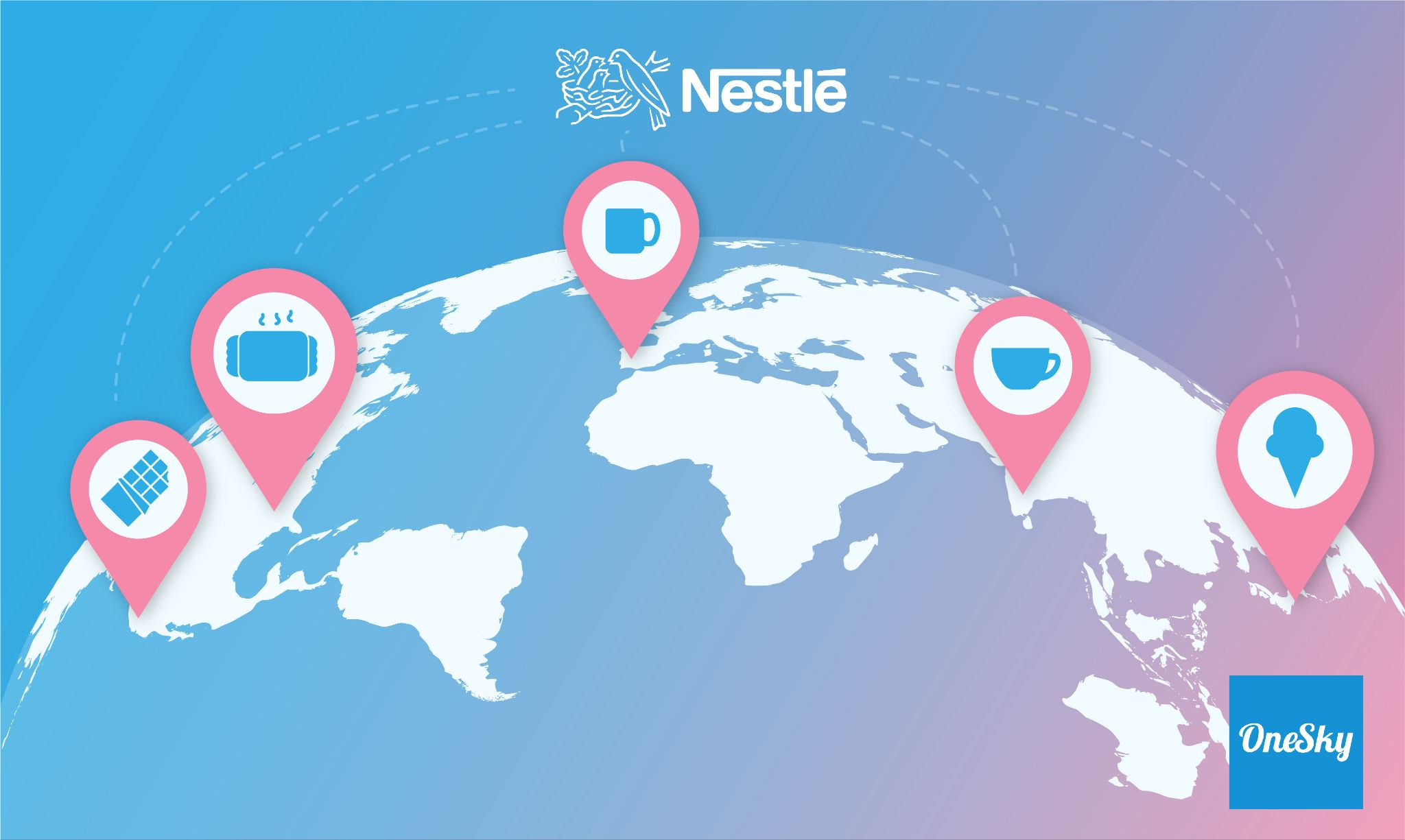 How the Localization Strategy of Nestlé Built a Global Giant

To build a multinational corporation in any industry, you need a business plan that works across borders. In some cases, such as Nike, a single brand is successfully promoted in multiple regions. The opposite approach is epitomized by the localization strategy of Nestlé.

Founded in 1866, this Swiss corporation now operates in every part of the world. However, very few products actually bear the company name. In many cases, consumers don’t even realize they are using Nestlé products.

How has this strategy been so effective? We decided to find out, and to look at the key takeaways for your business.

The Localization Strategy of Nestlé

Ever bought a chocolate bar, an instant microwave snack, or some mineral water? If so, there is a strong chance that you purchased a product from Nestlé.

This multinational giant owns 2,000 brands in 186 countries, generating CHF3 billion (∼US$3.2 billion) according to the company’s most recent financial report.

The key to this remarkable success has been diversification and localization over a long period of time.

A Brief History of Nestlé

Right from the start, Nestlé has always been a conglomerate.

The name of the business comes from Henri Nestlé, a German-born Swiss confectioner who developed a milk-based baby food. His company merged with two others, which specialized in condensed milk and milk chocolate respectively. By the early 1900s, this joint effort had already expanded to multiple niches, and the business operated factories in four different countries.

Today, the business makes money from chocolate and sweets, coffee, iced tea, instant meals, chilled foods, seasonings, nutritional products, baby food, pet food, and even perfumes. It has operations on every continent other than Antarctica.

Even there, you may come across some scientists and tourists in possession of Nestlé products. Some of the most notable brands owned by the company include Nescafé, Nespresso Nesquik, Cheerios, Häagen-Dazs, San Pellegrino, Milkybar, KitKat, Maggi, Milo, Felix, and Purina. 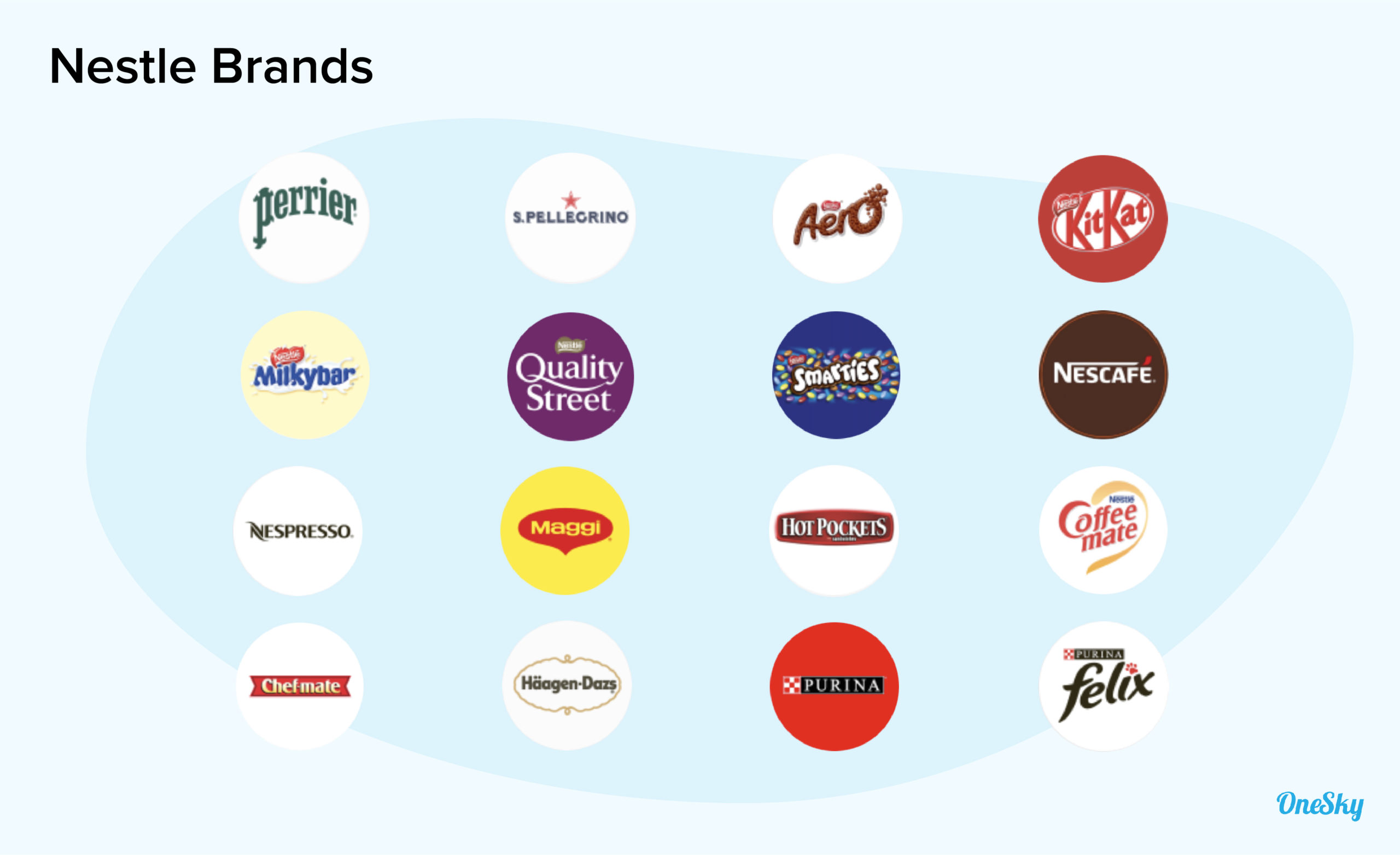 Nestlé Around the World

Many of the acquisitions and mergers made by Nestlé over the years have involved brands that were already well established in their home markets.

This has allowed Nestlé to hit the ground running in countries where the company has not previously done business. In some cases, Nestlé has subsequently taken these local favorites and repackaged (or even reformulated) them for new audiences around the world.

Of course, Nestlé has also developed some brand new products. In almost all cases, they are designed with a particular market in mind. A few examples include:

To understand this process, let’s look at a highly successful example from within the Nestlé family of brands.

KitKat is a well-loved chocolate bar in the U.S. and the U.K. It was originally created in 1935 by the British company, Rowntree’s. It was an instant hit at home, and by the 1940s, KitKat could be found in places like Canada, South Africa, and Australia.

By the 1970s, you could find KitKat in the United States, many European markets, and in Asia. However, it was only after Nestlé acquired Rowntree’s in 1988 that KitKat reached its full international potential. 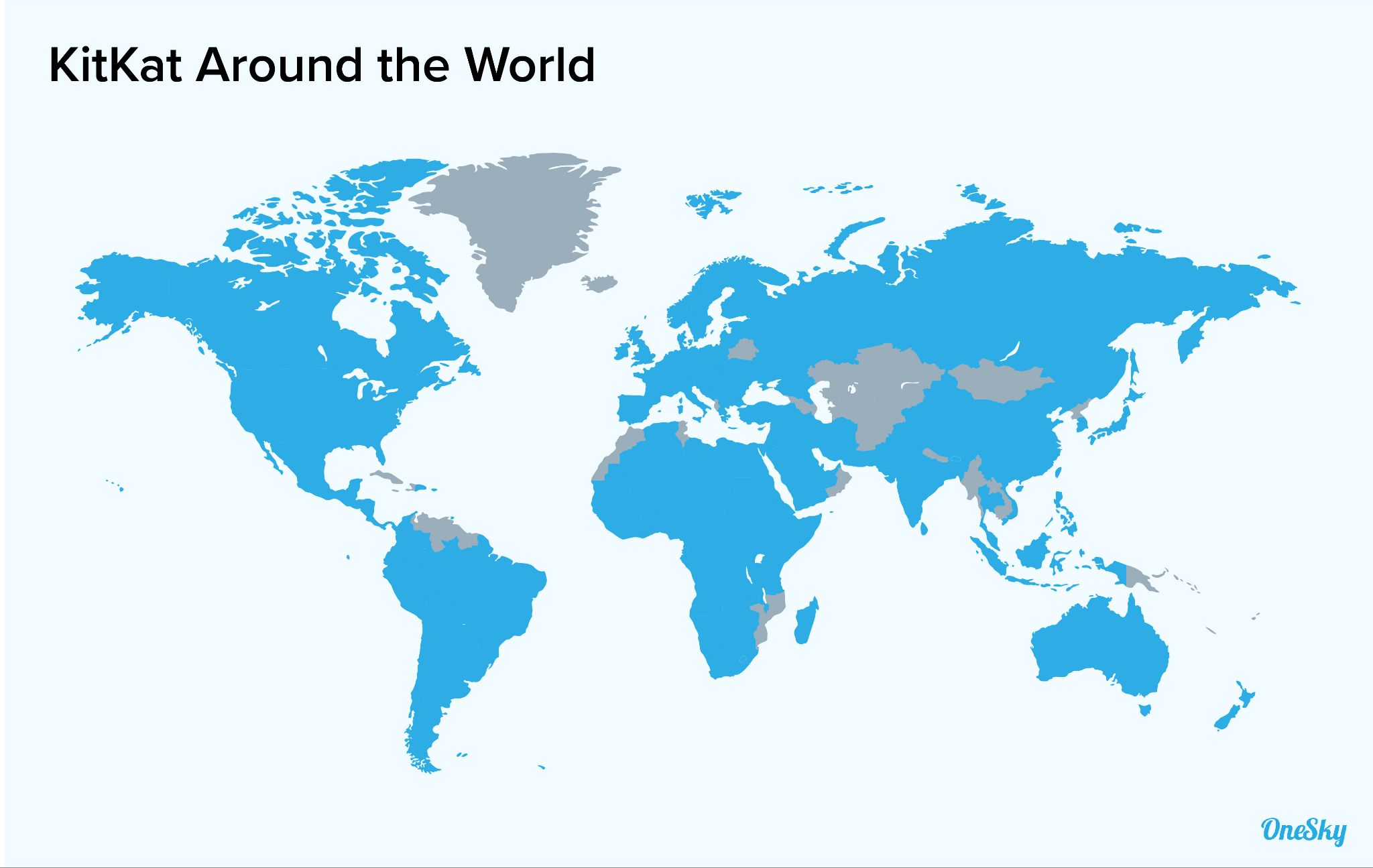 In particular, Nestlé turned Japan into one of the most important markets for this brand.

To turn KitKat into a household name, the Japanese marketing team at Nestlé decided to focus on a key feature of their home culture.

In Japan, it’s very common to give a small gift to someone to mark a notable occasion. For example, a student preparing for a university exam will often receive a small token of good luck from friends and family.

Nestlé wanted to make KitKat the gift of choice.

To make that happen, the local marketing team dreamt up a unique idea. KitKat Mail was a campaign that allowed people to purchase a small gift box that doubled as a postcard. The recipient could read the message of good luck, and then open the box to enjoy the chocolate.

KitKat Mail was an overnight success with the Japanese student population. People loved the concept, and the similarity between KitKat and kitto katsu (“you will surely win”) only added to the appeal.

Within three years, KitKat had become the most popular chocolate bar in Japan, and sales increased by 50% between 2010 and 2016.

But Nestlé always goes one step further. In Japan, the company put on a masterclass in localized product development. Once again, the gifting market played a pivotal role.

Omiyage is a form of gifting where a traveler brings home souvenirs for family, friends, and co-workers. Way back in 1990, the KitKat marketing team took note of the uninspiring selection of edible souvenirs available on the tourist-filled island of Hokkaido.

As an experiment, the company launched a strawberry-flavored KitKat exclusively on the island. It took off instantly, and Nestlé’s local product developers started dreaming up more limited-edition flavors. The more they made, the more they sold.

Next, Nestlé started creating exclusives for Japan’s other islands and regions. In Kanto, you could try the adzuki bean sandwich flavor. In the Shizuoka prefecture of Honshu, KitKat fans could taste a wasabi version.

These were not just weird experiments; the flavors were familiar to the Japanese palette and Kit Kit ensured that every new version actually tasted good.

After years of launching these alternative versions, the KitKat Chocolatory opened in 2014 to provide a single venue where fans could try them all. This coincided with the launch of new premium KitKats, such as a gold leaf-covered bar priced at approximately $18.

In the space of 15 years, KitKat had gone from being one of many moderately successful sweet treats to a luxury product with a devoted following.

Nestlé’s intense focus on localization is actually quite unusual in the food business.

Many of the world’s biggest brands in this industry have a model based on globalization — creating products that can be distributed around the world with relatively little modification.

Coca-Cola is a prime example of this strategy at work. The iconic American soft drinks brand sells the exact same fizzy product in 200 nations around the world. The only major changes the company makes are in the marketing department, where the messaging is adapted for each culture.

In many respects, this model is much easier to handle. You can centralize your operations, and run a huge corporation from a handful of locations.

The downside is that you don’t squeeze the maximum potential out of every market. In the global league table of food industry giants, Coca-Cola doesn’t make the top ten. Nestlé, with its greater focus on localization, is ranked number three.

It’s clear that the localization strategy of Nestlé has delivered impressive results. However, you might be wondering how the success of sake-flavored chocolate bars could relate to your business.

Well, here are a few takeaways that should apply to pretty much any business:

1) To Succeed in New Markets, You Have to Embrace Them

There are clear financial benefits to launching your products and services into a new market. Quite apart from anything else, you have the opportunity to target a brand new audience.

Don’t think you can simply copy and paste your entire operation, though.

To make an impression in foreign markets, you really need to embrace the local culture — as Nestlé did in Japan.

That means understanding what makes your clients tick, and thinking about how you can serve their needs. The more you integrate your business into your new market, the better your results are likely to be.

2) It’s Worth Investing Heavily in Translation and Localization

Aside from cultural matters, there is the language barrier to consider.

There is little point in promoting your content in a new market if the locals can’t understand your social media posts or website content. That’s why Nestlé puts vast sums of money into translation every year.

Machine translation is useful for internal communication. But for anything customer facing, it’s usually worth investing in professional translation.

A localization expert will be able to interpret your marketing materials better than any algorithm. As a result, your message is more likely to resonate with local clients.

A few products and services hold universal appeal. But more commonly, best-sellers are adapted to a specific region. This applies to everything from fashion to gaming. People in different cultures simply have different habits, tastes, and problems.

Rather than trying to copy and paste your existing offer into a foreign market, consider making something new. As the story of KitKat in Japan proves, it is sometimes worth creating an entire range of new products for a single nation.

How Your Business Can Benefit From Localization

It has taken 155 years for Nestlé to build a worldwide empire. Many steps along the way have involved localization.

While it might take your business a while to catch up, there is no reason why you can’t also go global. Even e-commerce side hustles can generate serious revenue with the right localization model.

If you want to get started, OneSky can help. Our end-to-end platform provides all the tools you need to optimize your business for regions around the world.

To learn more, download our free ebook, The Complete Guide to Localization Management — and sign up free today to give OneSky a try.