7 Tips to Ace Your Mobile Game Launch in Thailand

This blog post is part of our “Where to Go” series, featuring market-specific insights and tips to help you launch in trending markets around the world. Interested in launching in another popular country in the region? Check out our other guides to localizing in Southeast Asia: India, Indonesia, Vietnam.

If you’re thinking of expanding globally in 2016, Thailand should be high on your list.

With greater smartphone accessibility and usage in recent years, Southeast Asia has been on every mobile app developer’s radar for a while now for going abroad—and Thailand is a frontrunner in terms of market growth, especially when it comes to mobile games: 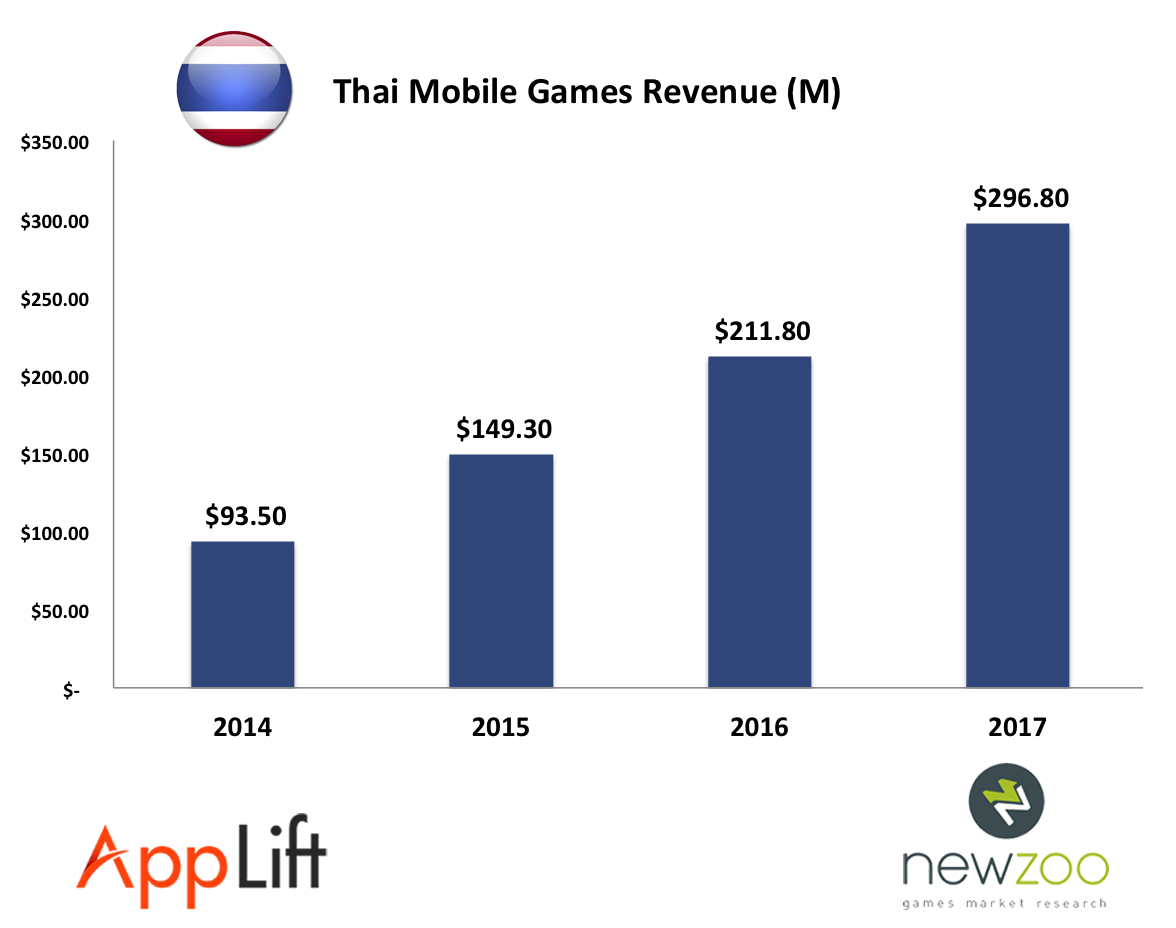 All this to say…

Thailand’s mobile app industry is primed and ready for growth.

Despite constant natural disasters and political instability in Thailand over the last decade, the country is now among the most ready in the region for new players to enter the scene, especially for mobile games.

Here are a few reasons why:

Thailand is a “mobile-first” market.

As residents of a World Bank “upper-middle income economy,” more and more of the Thai population can afford smartphones and are adapting quickly to prioritizing mobile in their digital lifestyles.

According to Naver Corps’ LINE brand, a heavyweight in Thailand (we’ll get to this in a second) Thai users, on average, spend about 5.7 hours/day on their mobile devices. Mobile phone penetration is at 180%, with users owning multiple SIM cards and devices. Smartphone penetration heads steadily towards 50% and will pass 100% by 2021. 4G networks are being further expanded this year.

Most Thai users move from being mobile-aware to being mobile-first in their thought process and online actions, making mobile a great first choice for an advertising channel for developers.

According to VC firm KPCB’s 2016 Internet Trends report, online buying in Thailand often occurs entirely over mobile, from social media for browsing to messaging platforms for payment. The use of messaging as a platform for monetization online will continue to be a trend in Thailand. 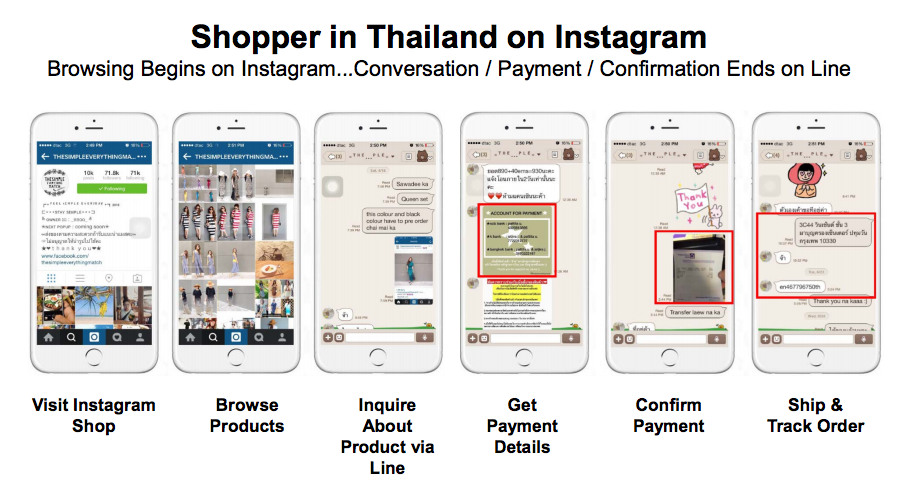 Investments in mobile and tech infrastructure are rolling in.

Aside from building mobile infrastructure and expanding 4G coverage, the Thai government is intent on developing the startup ecosystem as well, starting a $570 million venture fund for local startups that will finance 2,500 existing startups with the hope of raising that number to 10,000 companies in 2 years.

Google’s move in 2015 to revamp Google Play minimum pricing options in emerging markets holds a positive impact for mobile users in Thailand, making it more affordable for them to purchase apps.

Thailand is a growing hub for mobile in Southeast Asia.

This was made apparent in the decision to host the second Global Mobile App Summit and Awards (GMASA) conference in Bangkok in January this year.

C. R. Venkatesh, the managing director and CEO of Dot Com Infoway, an organiser of the event says the Thai mobile app market has great potential for generating jobs, citing the total mobile games revenue as an example. Thailand as a choice for the host site was inevitable due to its exponential growth in mobile.

“When we think about Thailand, what we see are beautiful beaches, Thai food, tourist hot spots and lovely temples. The less-known fact is the mobile ecosystem,” says Venkatesh. “Thailand is the second-largest economy in Southeast Asia and also one of the fastest-growing mobile games market in SEA,”

“Thailand is, after all, the largest market for games in Southeast Asia with a 21% share,” he adds, “and should hold the leader position until 2017.”

There is still major potential for growth in Thailand’s user base.

In 2014, there were an estimated 13.8 million mobile game players out of a smartphone user base of 20 million (total population: 67.1 million.) Close to half of those mobile players have already made online purchases through a game (45.6%).

There’s solid progress and lots of room still for new games to enter the market, for current and future gamers.

Awesome! So how do I take advantage of this growing market?

Every app market is different, with its own unique character and habits. Here are a few best practices for localizing to Thailand:

1. Design your app to work with minimal bandwidth.

Despite improvements, information frameworks and infrastructures are still relatively new and underdeveloped in Thailand. Make sure your app can be used minimally.

On the plus side, things are looking up in this area. Thailand is the only one in Southeast Asia where mobile subscription growth surpasses wifi. It also has one of the highest existing mobile broadband subscription penetrations in the region.

The Ericsson 2016 Mobility Report lists these 5 smartphone apps were most popular in Southeast Asia and Oceania, based on number of monthly active users: LINE, Youtube, Facebook, Google Chrome, and Google. In Thailand, LINE and Facebook dominate as the go-to platforms. 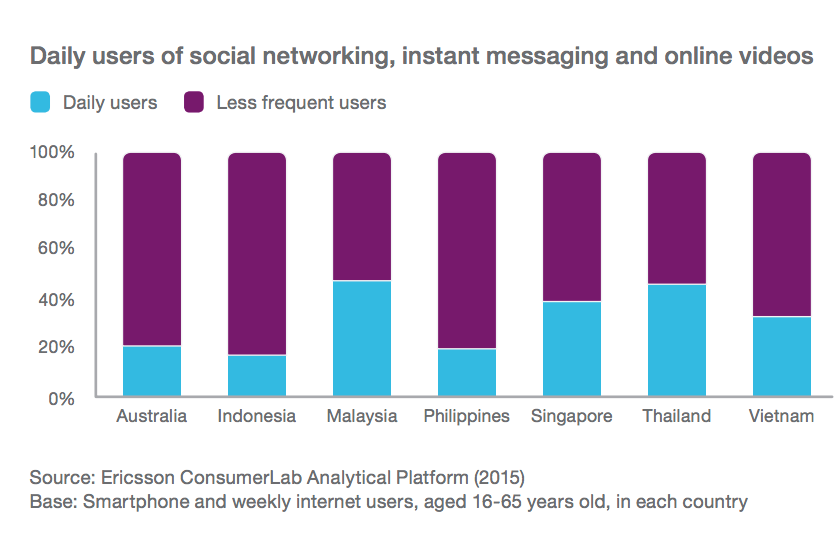 About 40-50% of Thai smartphone users access social networking, instant messaging, and online videos daily—one of the highest percentage of daily users in the whole region.

LINE as an example of great localization

LINE, in particular, is an interesting example of successful localization, as well as a leader of the local app market.

As one of the company’s biggest markets outside its native Japan, LINE in Thailand has taken time to develop multiple platforms and products catering to the local users’ needs (for example, separate apps for TV, music, camera, selfies, you name it.) In general, the primary user demographic in Southeast Asia is young, educated, and single. LINE’s knowledge of this led them to create features and products tailored for this crowd.

Whereas mobile games lead in revenue in Thailand, LINE tops the charts in combined iOS and Google Play downloads. In fact, 2 out of the top 10 games in 2015 were developed by LINE.

If you’re localizing any app to Thailand, consider publishing or distributing through LINE and look carefully at their localization efforts as an example.

It’s one thing to know the smartphone user base, it’s another to understand your Thai mobile gamers.

“Thailand’s gamers are quite unique,” says Andy Saroj Pichayapa, a bizdev manager at Thai game publisher Ini3. As a result, western game publishers have only been successful “with the right game content.”

What he means by this is Thailand players’ preference for more Eastern-oriented content than others in the region, like Indonesia or the Philippines. Racing games top the charts continuously and RPGs are broadly accepted. Many users prefer graphics and artwork in the Japanese/Korean style, suggests Pichayapa.

We know changing in-app graphics can be costly, but it might give your game a huge boost to localize your marketing and app store graphics to attract more Thai users.

With about 87% of game developers making their revenue from in-app advertising and 53% from in-app and virtual purchases, getting your players to download your app is an important part of localization.

The $0.99 price that most mobile games ask for in app stores isn’t considered reasonable in all countries in the region, especially in Thailand. USD $1 is approximately equal to 35 Thai baht, which has a much greater purchasing power in Thailand than USD $1 has in America (street food Pad Thais can go as low as 30 baht—or USD $0.86!)

So, to attract gamers in Southeast Asia, you’ll have to reduce the price to the local standard. Pederson suggests lowering the price to a more affordable 29 baht (about USD $0.84.) It will encourage more users to buy the game because it’s cheaper and it makes more sense (35 is a more random number.)

As mentioned before, Google allows developers to adjust their price depending on region, which may explain why Google’s Android platform takes the lead in mobile gaming in Southeast Asia.

The next step after convincing Thai gamers to purchase your app is to make in-app purchasing easy and stress-free. This means getting to know the local payment norms of wherever you’re localizing and matching user expectations.

In Thailand’s case—and for Southeast Asia in general—credit card penetration rates are low and mobile users are generally uninformed or skeptical of using them to make purchases online. Instead, the local payment channels of choice are prepaid systems, i.e. game cards or payment gateways. 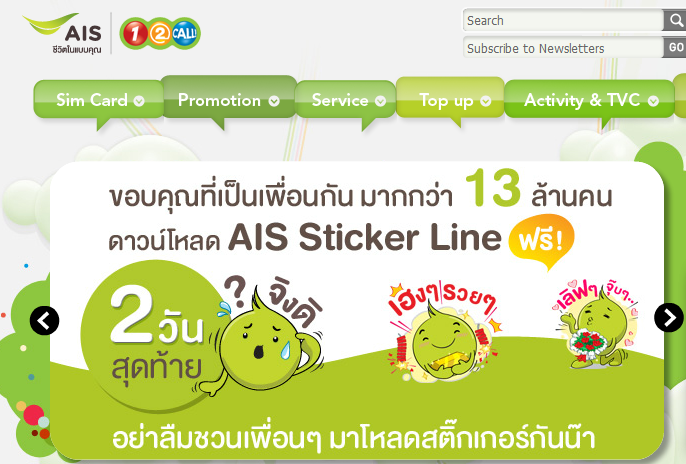 Another method could be providing your players with well-timed info. Playlab tries to overcome payment barriers by adding info pop-ups to their games, which ensures gamers know how to safely make in-app purchases directly on their phones and are encouraged to spend more within the app.

6. Plan for deep localization over the long-term if you want to be at the top.

Thailand’s English proficiency ranks very low in the world and only about 27% of its population speaks English. Western games that have seen the most success when localizing to Thailand have all committed to full localization for their games. These games represent half of the top grossing games in Southeast Asia and 35% of top games in Thailand. 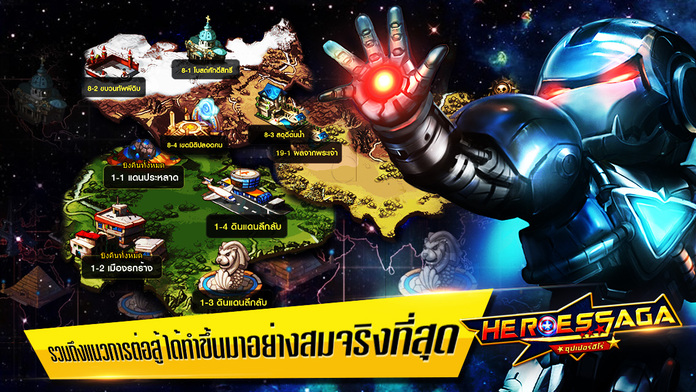 Local users expect games to be in Thai, instead of English.

King and Supercell are the most dominant Western publishers but some smaller indie studios have seen success as well, like Playlab (Pederson himself left Denmark and moved to Thailand to start his own business.)

If you have an unlimited budget, go all out with a full game translation. If you’re short on time or cash, we suggest starting with a Minimum Viable Localization (MVL) strategy and scaling up to full localization once you acquire more users.

Even as an established leader in Thailand’s app market, LINE recently ran into trouble with the local government over “culturally insensitive stickers” in their messaging platform. You can execute good damage control, but it’s better to avoid this situation altogether by doing some research into local politics and cultural norms ahead of time or establishing partnerships with local influencers to mitigate cultural barriers and better understand gamers’ behaviors.

What are you waiting for?

By the looks of it, Thailand’s growth still has many miles left on its runway. We hope that these tips can give you the head start you need to localize to this exciting new market.

To learn more about the whole process of localizing your game, check out our step-by-step Beginner’s Guide to Mobile Game Localization: